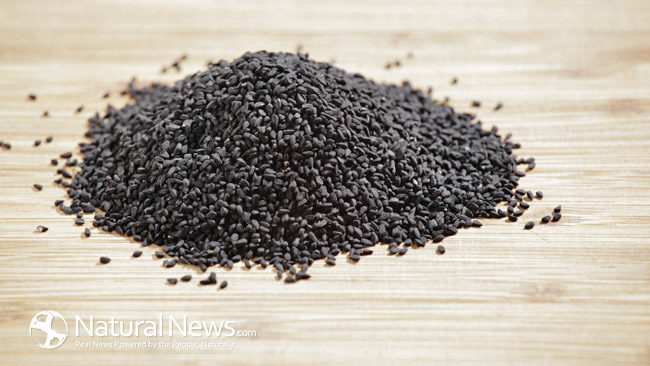 The term “black seed oil” may not be familiar, but it is the general label given to oil extracted from certain seeds, including black cumin, black sesame, black caraway, Roman coriander and onion seed. However, though many people may not be familiar with this term, it has been the subject of research in over 630 peer-reviewed articles due to its amazing health benefits.

The benefits of this oil largely stem from its active ingredients, potent phytochemicals, botanically-based compounds which give potent health benefits to their parent plants. One of these is thymol, which also gives essential oil of thyme its amazing medical properties. Read on to learn more about what including black seed oil can do for you.

Due to its high levels of phytochemicals, many of which have strong antioxidant, anti-inflammatory and anti-carcinogenic properties, black seek oil has been the subject of many studies for its ability to treat cancer. In one study out of Croatia, scientists studying the properties of two active ingredients of black seed oil, thymoquinone and thymohydroquinone, and found that they reduced the size of tumors by 52%.

The liver is arguably one of the most important organs in the body, and one of the most significant of its functions is to help detect and remove toxins and other harmful substances from the body. It is thus important for overall human health. Use of black seed oil can help support good hepatic function and protect the liver from damage or disease.

In one study published recently in the Journal of Endocrinology and Metabolism, researchers found that black seed oil can help to partially regenerate the beta cells in the pancreas. These beta cells are what produces insulin, the hormone which the body uses to take glucose out of the blood cells and deliver it to other cells of the body for insulin. This could make it important for both main types of diabetes.

Last June, the Journal of Diabetes and Metabolic Disorders published a literature review of plants which have been discovered to have anti-obesity properties. Black seed oil was discovered to be one of the most effective and potent on this list. It aids weight loss on a number of levels, including curbing the appetite naturally, regulating blood sugar levels and aiding in absorption of glucose by the intestines.

Perhaps one of the most unique features of black seed oil is its ability to restore hair loss. The method by which it is able to accomplish this is not quite clear, though researchers suspect that it might have something to do with the oil’s powerful anti-inflammatory properties. At any rate, is have been shown to have a positive effect on the hair follicles and to promote the growth of thick, healthy hair.

These are just five of the reasons to consider the use of black seed oil in your diet. The potent active phytochemicals help your body in all sorts of ways, and it is very likely that the full extent of their beneficial powers has yet to be discovered!