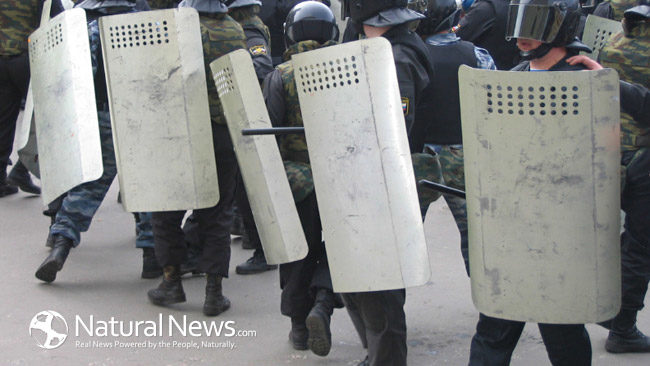 Philosophical consistency begs the question, where are Male Lives Matter, SJWs and other self-purported promoters of ‘equality’, and their subsequent indignation, protesting and violence? Where are the pressures for sweeping policy changes and millions being pumped into training to eliminate implicit anti-male biases to reduce the largest disparities that exist within our criminal justice system? The gender disparities. Why are Obama, Hilary and the media not declaring that this far, far, far larger disparity is due to systematic/structural/institutional sexism and gender bias that must be addressed posthaste? Where are the academics and the student protests? Isn’t this the type of inequality that motivates these social “justice” superheroes into action? How have I missed it all?

The disparities between genders are far larger than between whites and blacks when it comes to every element of the criminal justice system; including the rates at which men are shot and killed by cops, arrested, prosecuted, incarcerated, and the amount of time they receive for the same criminal offenses, when compared to women. Literally, almost all police shootings, justified and unjustified, are of males. So if all of these disparities were evidence of structural/systematic/institutional biases and discrimination, the anti-male biases and discrimination in our system would be much, much, much stronger. The argument that males are being targeted disproportionately, is much stronger statistically, than is any argument for racial bias or discrimination.

It is funny how those screaming about racial disparities – or at least the ones that help them to advance their agenda – as being evidence of racial biases and discrimination, accept that because males are more aggressive and commit violent crime at higher rates, that all of the same disparities as it relates to gender, just makes sense. But then refuse to accept that higher levels of aggression and violent crime rates between racial groups, should be relevant. Despite the fact that adjusting for things like murder rates, reverses the racial disparities, showing that whites are shot and killed by the police at almost twice the rate of blacks. Just like adjusting for actual rates of police interaction reverses the racial disparities and shows that whites are actually more likely to be shot and killed by the police. But facts and adjusting for variables that destroys their false narratives, must be ignored.

So why the inconsistency in how they treat racial and gender disparities? Or racial disparities that advance their agenda vs ones that destroy their false pretexts? How can a disparity mean one thing when they want it to, but something completely different when it doesn’t fit their false narratives? It’s simple, males are not amongst the favored groups under the current cultural Marxist, orthodoxy – so anti-male bias doesn’t fit their narrative, support their dogmas or advance their political and ideological agendas. According to their ideological prescriptions, males, like whites, cannot be a victimized group. Even when they are being victimized. Only their favored, designated “victim” groups whom they place atop their social-hierarchal order with special legal entitlements, statuses and protections – can be.

So the end result is this: we are told that smaller racial disparities that don’t favor blacks, are evidence of structural/systematic/institutional bias and racism; while at the same time, far greater gender disparities and even stronger statistical evidence of the same type, that don’t favor males or whites, are rejected as being in anyway evidence of anti-male or anti-white structural/systematic/institutional bias and sexism/racism.

In other words when it comes to the very same types of disparities:

Dogma doesn’t concern itself nor waste time with truth or trying to validate itself. It doesn’t need to. It just needs to be drummed over everyones head loud enough and long enough until it is accepted.

As with everything with the Left, their dogmas are philosophically inconsistent. At least superficially. Once you understand that their cultural Marxist ideology operates on the basis of white and male hatred, and non-white and non-male preference, based on illogical “victim” “oppressed”/”victimizer” “oppressor” group classifications, you will see that they are philosophically consistent, at least with their intent. This is where they are always philosophically consistent. So once you view all of their irrational ideas and claims through their prism of primitive, collective racial-judgment, which they share with every other hate group, you will understand what drives them and their inherent irrationality.

It is imperative to understand that this ideology and its adherents are actually part of a secular, quasi-religious cult. Logic, reason, rationality, holistic review of the facts and historical narratives, none of this matters to them. Maintaining their blind faith dogmas and their perceived moral and intellectual superiority is all that matters to these self-righteous cultists for whom anything and everything is justifiable so long as it helps them to achieve their ends. These people do not care about lives. They are tools. Politically manipulated to advance an agenda. An agenda we have seen advanced throughout the twentieth century in Russia, China and elsewhere. An agenda of anti-humanity that will stop at no act of inhumanity. An agenda for which no death toll will be too high.

Equally paramount to understand is that their collectivist ideology that promotes faux-equality, has historically been the deadliest one to ever exist. Their attempts to socially engineer their unnatural equality of outcome, led to deaths in the hundred-millions place over the last century. The greatest tyrants and genocidal mass murderers of all time were science-denying leftists (Lysenkoists) who rejected Mendelian genetics and all else which was not useful to achieving their ends. Leftists who extolled the virtues of non-existent innate equality, and the idea that where equality of outcome didn’t exist that it had to be due to an oppressive group; necessitating a centralized authoritarian response of social engineering through genocide, repression and oppression; in order to bring about their desired, but unnatural, ‘equality’.

The Nazi ideology acknowledged biological group variation while leftist lysenkoists denied it since their ideology had no use for it. However, it was the ideology that these leftists support today, their blind faith in innate group equality in all things all the time, and their desire to eradicate anything or any group that stood in the way of socially-engineering the equality of outcome their false dogmas would predict, that took the largest death toll on humanity in both absolute and relative numbers. Yet, one ideology became synonymous with evil; while their Marxist ideology of terror, suppression and genocidal oppression became mainstream.

The same one promoted by our ruling class, intelligentsia and our brainwashed youth undergoing their cultural Marxist indoctrination at their indoctrination camps we call the”education” system.  The same one that gained momentum with each subsequent indoctrinated generation until we arrived at the tipping point we find ourselves today due to the mechanization of incrementalist change and ideological subversion.

There is no equality in nature at the individual or group level. And who pronouncing the greatness of diversity would want there to be? The scariest thought would be a day in which disparities didn’t exist because something quite sinister would surely be underfoot. Such uniform results could only come through unimaginable top down control and oppression, or a world in which the population have become completely controlled automatons coagulated into the collective goo. It would take the most evil forms of anti-humanity and social-engineering to accomplish equality of outcome. Something which should not be a desirable goal to any sane human being with a conscience.

We have already paid the price of such folly through the world’s worse mass genocides, in which hundreds of millions were ruthlessly slaughtered due to the same leftist ideologies that these leftists are pushing on us today. The results will be no different if we allow them to get their way. To achieve absolute power. Their killing fields are inevitable. They are the only way to achieve their ends. Ends that justify the means in their jaded, cultist, ideologically blinded eyes.