Are Biofuels The Future of Green Energy? 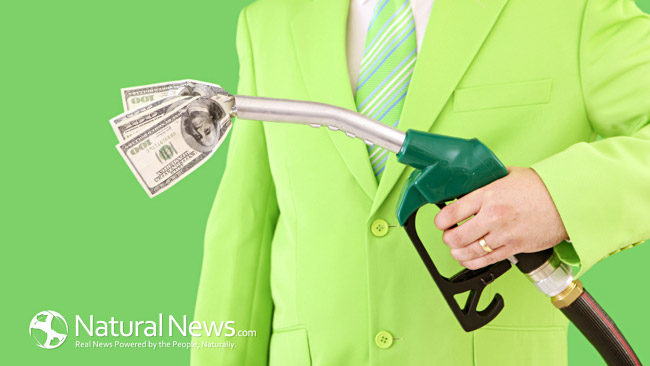 As many governments look to reduce dependency on fossil fuels, many are looking to biofuels as the future. Over the past 10 years industry leaders have seen that it’s becoming more difficult to find oil and gas. There is also the problem of instability in countries that are rich in these resources. So what are biofuels and their advantages?

Biofuels are produced from plants or waste products. Many would think that it’s strange that plants such as rapeseed, canola or corn could run and power a vehicle. However, so called ‘fossil fuels’ at some point in the distant past were also plant based. So biofuels in a way aren’t much different. This difference is that a biofuel is produced by a biological process and it is produced in a much shorter time – days rather than millions of years.

What are the Advantages of Biofuels?

One of the biggest advantage of biofuels is that they can already be used in engines without any significant modifications. However biofuel, or biodiesel, can only be used in engines designed to run on diesel. It can be used ‘as it is’ or it can be blended with ‘traditional’ diesel fuel. There is also no significant reduction in power and fuel economy using biofuels.

With the discovery in 2015 that some car manufacturers have been ‘cheating’ emissions tests, biodiesel provides significant benefits.

Biodiesel can be used in its purest form – that is 100% biodiesel. It can also be blended with regular diesel fuel. In order to inform consumers of the amount of the blend, a coding system was developed which starts with B. So if there is 30% biofuel in the blend, this will be marked as B30.

This is a concern that many people have. Biofuels are actually very good for engines and work very well as a lubricant. They also clear out a lot of the deposits that have been left behind from traditional diesel fuel. When biofuel is used for the first time in a car it can cause the fuel filter to clog up. This is because the deposits in the tank are being cleaned out. This is only an initial inconvenience. In time the fuel filter will only have to be changed as it would if traditional diesel was being used.

Another advantage of biodiesel is that even if a person has been using 100% (B100) biodiesel for a long time, he can switch back to diesel. For example, a person may need to fill up the tank where there is no biodiesel available – this can be done with ordinary diesel.

The Miles Per Gallon with biodiesel is the same as with running ordinary diesel. This is unlike using LPG (liquid petroleum gas) as vehicle fuel. Although LPG it is also seen as a “greener” fuel (it still is of course a fossil fuel), the MPG is much less than with petrol, diesel or biodiesel.

Here are the main advantages of switching to Biofuels:

Are biofuels the future of green energy? Only time will tell.

If you are interested in more information on other environmental issues which affect our day to day life, then please visit Greetumble.com.