The Biggest Lie of All about Psychiatric Drugs 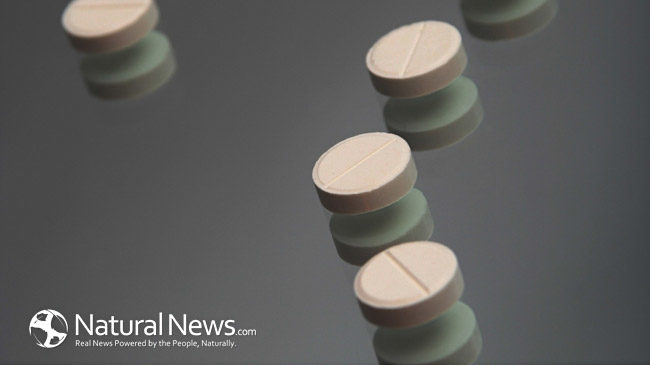 In January 1999, a young woman was pushed off a subway platform in New York City and killed.  The perpetrator was identified in the press as a mental patient who had stopped taking his drugs.  The Pharmaceutical Empire and organized psychiatry manipulated this horrendous event to stir up public fear of psychiatric patients who stop taking their drugs.  The result in New York State was Kendra’s law, making it easier to involuntarily treat patients who refuse to take their medication.

When “mental patients” become violent, the media reaction is almost automatic—they must have stopped taking their “meds.”  This myth of the violent patient controlled by psychiatric drugs is a myth.  There are no scientific studies to confirm it.  Indeed, the FDA has not approved any drugs as effective for controlling violence.   The Pharmaceutical Empire relentlessly perpetrates the big lie because it serves a trillion dollar purpose.  It keeps the public believing that psychiatric drugs are society’s last line of defense against violent individuals.  It also lends all psychiatric drugs an aura of magical effectiveness that none of them possess.

The Myth of “Off His Meds”

Although the myth of “off his meds” lacks any scientific basis, there is a mountain of evidence that many psychiatric drugs themselves can cause violence, including the antidepressants.   Many studies are readily available on my Antidepressant Resource Center, Section 5, “Antidepressant Violence, Aggression, Hostility, Irritability and Antisocial Behavior.”   In addition, my book Medication Madness: the Role of Psychiatric Drugs in Cases of Violence, Suicide and Crime, summarizes the evidence and presents many true stories about drug-induced violence from my clinical and forensic experience as a psychiatrist.

The media and its consultants from the Pharmaceutical Empire continue to argue that psychiatric drugs do not cause violence.  On the 10th anniversary of the Columbine tragedy, USA Today caught the nation up on the “truth” about the motives of the perpetrators Eric Harris and Dylan Klebold.  The newspaper stated unequivocally, “Contrary to early reports, Harris and Klebold weren’t on antidepressant medication.”

Actually, USA Today was not telling the truth.  The fact is that Harris was taking the antidepressant Luvox (fluvoxamine) right up until the shooting.  Luvox is very similar to Prozac, Paxil, Celexa and others called serotonin specific reuptake inhibitors (SSRIs).

As a medical expert in cases related to Eric Harris, I had access to his medical records.  The records show that his doctor prescribed him progressively larger doses of Luvox for one year prior to the day he committed mass murderer.  During that year on Luvox, he developed his first known violent and psychotic feelings.  Furthermore, the toxicology report based on blood samples from his autopsy showed that he had a “therapeutic” level of the drug in his blood.  This demonstrated that he had taken the psychiatric drug shortly before his death and had an active amount in his system at the time of the shootings.

I wrote to USA Today to correct the facts, and cited the toxicology report and a drug company report to the FDA confirming it. The newspaper never answered me or printed a retraction.

When patients do become much more overtly disturbed when stopping their drugs, it is typically the result of a withdrawal reaction.  One of my most successful malpractice suits in which I consulted and testified resulted in an $11.9 million verdict for the family of the deceased.

The case was based upon the death of a prisoner whose antidepressant Paxil (paroxetine) had been stopped on admission to jail, resulting in a withdrawal reaction over several days that made him too disturbed to communicate.  The jail doctor, without asking how long the inmate had been off his Paxil, restarted him on 30 mg.

The patient had been taking that dose for several years; but his body was no longer accustomed to it.  If the doctor wished his patient to resume Paxil, he should have gradually raised his dose to re-accustom his body and brain to it.

After the first dose, the patient killed himself, probably from a combination of withdrawal and acute toxicity.  His method of suicide was extremely painful and violent toward himself, which commonly occurs in antidepressant-induced suicides (see my Antidepressant Resource Center Section 2C for research papers).

How to Reduce Violence

If we want to reduce violence the answer is not more psychiatric drugging, but less. Forcing patients to take drugs results in their stopping them secretly without proper clinical supervision and the support of a social network.

Imagine running an industry where you can force people to use your products—even if the products are poisonous neurotoxins.  Imagine convincing people that they are indispensable to a smooth-running society.  Imagining getting the government to enforce your profit-making goals of turning people into consumers whether they want your products or not?

Well, all that has now happened.  It is time to stop it. A population with far fewer drugged citizens will be a far safer and healthier society.

Psychiatrist at Peter R. Breggin MD
Peter R. Breggin, MD, has been called “The Conscience of Psychiatry” for his many decades of successful efforts to reform the mental health field.  His scientific and educational work has provided the foundation for modern criticism of psychiatric drugs and ECT, and leads the way in promoting more caring and effective therapies.  He has authored dozens of scientific articles and more than twenty books including the bestseller Talking Back to Prozac (1994, with Ginger Breggin), Medication Madness: The Role of Psychiatric Drugs in Cases of Violence, Suicide and Crime (2008), and Psychiatric Drug Withdrawal: a Guide for Prescribers, Therapists, Patients and Their Families (2013).
VIEW DR. BREGGIN’S RESUME, including his bibliography, scientific papers, accomplishments, and list of trials in which he has testified as a medical expert. Go to http://www.breggin.com