Big Pharma is Lying to You: What if I Told You Carrots Cure Cancer? 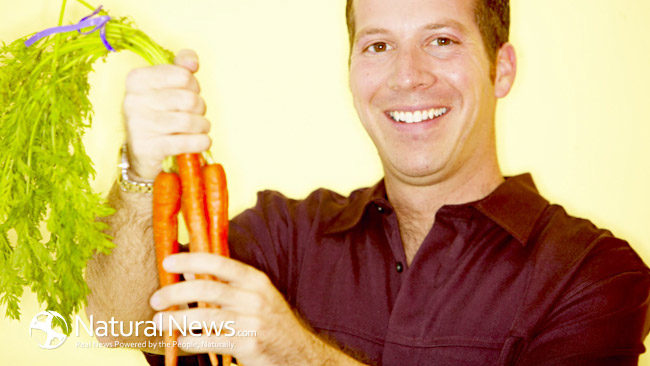 In 2005, Ralph Cole noticed that the chemo and radiation was not working on his cancer tumors. He got a tip on drinking carrot juice frequently instead of relying on chemo or radiation. He was never told how much, so he started with three pounds juiced daily.

That helped somewhat, but not enough. So he tried five pounds juiced daily and his cancer soon disappeared without further chemo or radiation. He emailed his story, which got posted on a site that was available to others.

One of those others was Ann Cameron, the author of 15 children’s books who cured her stage 4 cancer with carrot juice only. She states: ‘I believe from personal experience that carrots can cure cancer–and rapidly, without chemotherapy, radiation, or other dietary changes.

On June 6, 2012 Ann had surgery for stage 3 colon cancer. She had decided against chemotherapy and actually started feeling better  until about November 6, 2012.  A routine follow-up CT scan indicated lung cancer. She was diagnosed with stage 4 colon cancer which had metastasized into the lungs. Her doctor predicted a two to three year life expectancy.

She was advised that radiation would be useless and chemo therapy was recommended but it wouldn’t extend her life.

Sadly, Ann’s husband died of lung cancer in 2005; but not until they had tried about twenty recommended ‘substances’ over a six month period.  Ann embarked on an intensive research
campaign to find an alternative protocol that would heal her.

In her search she came across Ralph Cole’s story of how he had cured his cancer drinking 5 pounds of carrots juiced daily after several unsuccessful mainstream medical and alternative remedy attempts to cure his cancer. Ralph shared his carrot curing protocol with anyone who would listen. He wasn’t selling anything.

On November 17, Ann began a daily regimen of 5 pounds of juiced carrots (a quart to a quart and one third daily). Ann juiced in the morning, drank a glass and then refrigerated the rest which she finished off throughout the day. Ann faithfully continued juicing five pounds of carrots daily.

The only exception was every month or so when she was traveling she would forgo the carrot juice for three of four days consecutively. Although Ann had no chemo, no radiation, and no other dietary modifications except carrot  juice, she continued eating meat and indulged in various unhealthy foods including ice cream.

Ann cautioned, “I don’t recommend ice cream for cancer, but only want to emphasize that drinking carrot juice was the only change I made in my life, besides gratefully accepting prayers and “good energy” from friends and asking for wisdom and help from Whoever is up there in the Beyond.”

On January 7, 2013 after eight weeks of daily carrot juicing another follow-up CAT scan revealed that the cancerous tumors had stopped growing, there had been some tumor shrinkage and there was a reduction in swollen lymph nodes.

March 2013: The cancer had not grown, no new cancer, no swollen lymph nodes and tumors continued shrinking.

July 30, 2013; The was cancer gone! All swollen cancerous lymph nodes had returned to normal.

Falcarinol, an antioxidant found in carrots has proven anticancer properties. Researchers in the UK and Denmark reduced cancerous tumors by 1/3 in mice and rats with lab induced cancers. Additionally, a human study found that consumption of carrot juice increased blood levels of carotenoids in breast cancer survivors. The researchers believe that increased carotenoid blood levels acts as a cancer preventive.