Beyond The Heat: 7 Amazing Health Benefits Of Chilli peppers 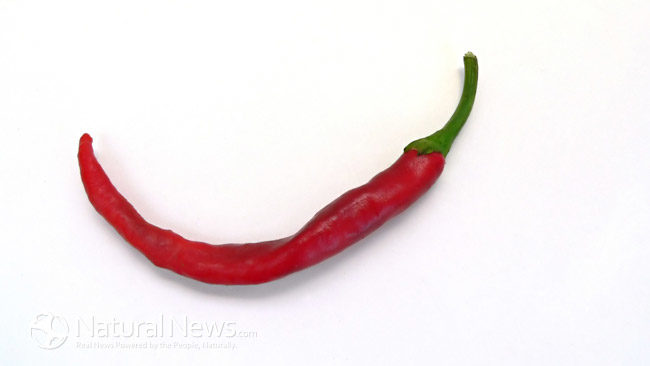 Chilli peppers are often associated with Mexican and Spanish cuisine, but they have been cultivated for culinary purposes virtually worldwide. However, it’s not just their uses in food that have made them so popular. Chilli peppers have also been used medicinally for thousands of years, particularly throughout Asia.
The fiery fruit found its way into many ethnic cuisines. Its medicinal qualities were quickly discovered and applied for variety of ailments. Modern science confirms most of the popular uses.
Nutritional Boost
Just two teaspoons of dried chili peppers provides a very respectable amount of the B complex vitamins, as well as vitamins A, C, E, and K. You’ll also find a good dose of calcium, iron, and manganese, along with some dietary fiber and even Omega-3 fatty acids.

Healthy Eyes
One tablespoon of chili pepper in vitamin A with 9 percent of the recommended nee. Vitamin A is known for improving one’s eyesight and preventing night blindness from developing as we age.

Digestive Aid
Chilli peppers are an excellent digestive aid, helping your stomach to process food more efficiently and thoroughly and decreasing the incidence of acid reflux. They do this by stimulating the secretion of stomach acid and other digestive fluids. Furthermore, while it seems counterintuitive, chilli peppers have been found to be effective for preventing and healing peptic ulcers.

Control Bleeding
One of the most impressive properties of chilli peppers is in their antihemorrhagic abilities. When taken in large doses, around one to two teaspoons powdered, they’re capable of bringing even significant bleeding to a screeching halt within a few minutes. In fact, chilli peppers work so well for this purpose that, in some parts of the world, they are used in emergency situations.

Heart health
Scientists found out that chili stimulates blood circulation and is a great anticoagulant. Both, capsaicin and dihydrocapsaicin reduce platelet aggregation and the activity of blood clotting proteins in blood samples. Regular consumption of hot peppers may help reduce the risk of thrombosis and prevent stroke.

Weight loss
Weight loss is another of the health benefits of eating chili peppers. When you feel that heat after eating a good chili pepper, you are feeling your body burning calories.

Diabetes
The health benefits of chili peppers also include helping to reduce the amount of insulin needed to lower blood sugar levels after eating a meal, helping to eliminate those sugar ‘spikes’ that can trigger weight gain and be a contributing factor in diabetes.

Source of article include:

CDC Alert: Lyme Disease On The Rise Across The US