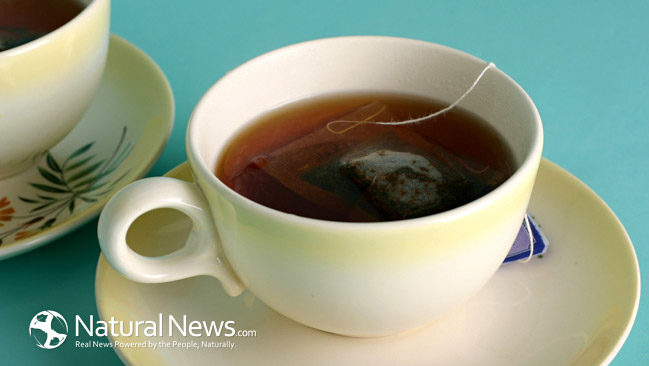 Between long commutes and working hours, family responsibilities and the hundred other things that modern life requires, it is little wonder that so many people suffer from fatigue. And this fatigue can become constant, making everyday life much more difficult to deal with. While many people solve this problem temporarily by living on constant cups of coffee and other highly caffeinated beverages, there are healthier ways to treat chronic fatigue. Below are herbs that can help to naturally restore energy and vitality so that chronic fatigue can finally become a thing of the past.

Green tea has long been prized in Asian cultures for its ability to act as a general tonic for the body – and also to increase energy levels. While part of this energy admittedly comes from the caffeine it naturally contains, there is more at work here. Green tea also contains catechins, the best-known of which is EGCG, a powerful antioxidant. Studies have shown that green tea consumption stimulates the prefrontal cortex of the brain, an area whose functions include memory, learning and focus. (1)

Also known as “rose root” or “Aaron’s rod”, rhodioloa has long been valued for its ability to alleviate fatigue caused by depression or stress. This is because the compounds in the rhodiola are able to help raise levels of serotonin, a “feel good” hormone that naturally elevates the mood – and energy levels. Rhodiola is still not well-known in the U.S., but its popularity is growing. (2)

Maca is derived from a tuber which grows high in Andes and it was used for centuries by the Incans to promote energy, longevity and general health. Maca is considered to be an adaptogenic herb, meaning it can help the body better deal with stress. It is extremely high in iodine, which can help to stimulate a sluggish thyroid (which in turn increases energy levels naturally) and is loaded with other vitamins and minerals which contribute to general health. (3)

This herb, which has been used for thousands of years in Ayurveda, a traditional and holistic healing discipline from India, is become increasing popular even in the West, where it was virtually unheard-of until fairly recently. This is because word is spreading that ashwandgandha can help to stabilize and elevate the mood, enhance cognitive abilities and restore energy levels. (4)

Fatigue is a real and serious issue that many people face across the country. However, the good news is that any of the herbs above can help to relieve this problem naturally and gently, without endless cups of coffee or power drink that cause more problems than they solve. Consider trying one or more of them today to help restore the body to health and ditch fatigue once and for all.