So It Begins – Trio Applies for Polygamist Marriage License 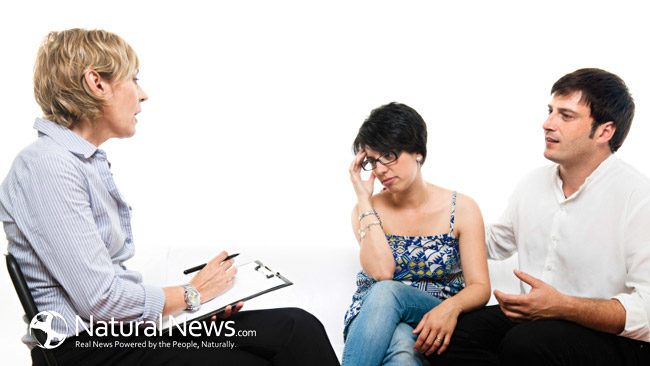 Everyone is well aware of the Supreme Court ruling that allows gay marriage. (If you weren’t then now you know why all of those profile pictures on Facebook are covered with rainbow flags!). I called it right after that it wouldn’t be long before polygamists would want the same ‘equality.’ Not even I thought it would be this soon.

A Montana man, Nathan Collier, says a woman has put up with so much over the years, she deserves to be legitimately recognized as his wife. Not a big issue, if it weren’t for the fact that he is already married to another woman.

You see, he married his “first” wife, Victoria, in 2000. This marriage was both religious and legally recognized. Seven years later he “married” his second wife Christine in a religious ceremony. However, they did not apply for a legal marriage license because polygamy is illegal in all 50 states.

The trio is citing the wording behind the SCOTUS decision, particularly two words, “marriage equality.”

“We’re not even askin’ for acceptance, we’re just askin’ for tolerance. Let us live our lives together, uh, without fear.” – Nathan Collier

Even Mormons, who by large are the biggest practitioners of polygamy in the U.S., do not want polygamy made legal. They only want it not to be illegal and were happy with a judge’s decision two years ago that decriminalized cohabitation, citing religious freedom. Making it legal would mean that they would come under government jurisdiction and scrutiny, which a good 90 percent of them do not want.

Clerk officials in Billings were unsurprisingly shocked at the couple’s request for a polygamist marriage license. Initially, they declined the application, nevertheless saying they would consult the county attorney’s office. Collier is seeking assistance from the American Civil Union Liberty (ACLU) of Montana. The legal director, Jim Taylor, has no personal statements on the matter and had not yet seen the request. Nonetheless, he offered that the Supreme Court’s ruling on same-sex marriage was not the same as marrying multiple people.

What do you think? Should anyone be able to marry whomever they choose – even if that means more than one person? Let us know your feelings below!