How To Battle The Frustrations Of Sleep Apnea 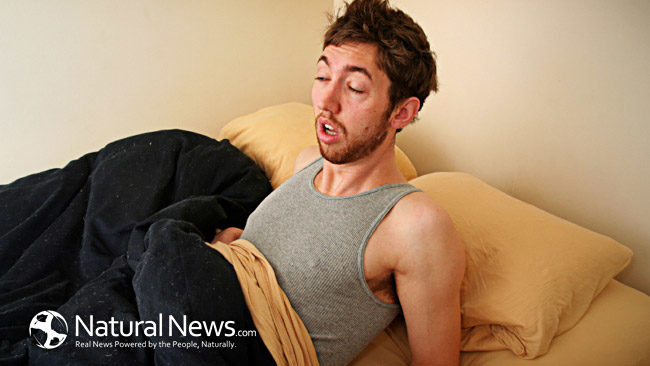 Keywords: How To Battle The Frustrations Of Sleep Apnea, Insomnia, sleep apnea

Sleep apnea is a potentially dangerous condition that causes a person to intermittently stop breathing. These sleep apnea events can happen anywhere from 5 to 30 times per night.

Sleep apnea can effect anyone at any age, although men are much more likely to develop sleep apnea. Regardless of age or sex, the most common form of sleep apnea is obstructive sleep apnea.

Obstructive sleep apnea causes a person to stop breathing by relaxing the throat muscles to the point where they cut off oxygen. This oxygen deprivation signals the brain to tense the neck muscles to open the airway. Unfortunately, the side effect of this process is that it wakes up the sleeper each time it occurs, preventing a good nights sleep. Luckily, there are several ways to mitigate the effects of sleep apnea.

The first step in battling sleep apnea is recognizing that you have it. According to Dr. Jerry Mulder, sleep apnea specialist in Grand Rapids, signs of sleep apnea include the following:

Having an unhealthy diet can be a major cause of sleep apnea. Medical Director of Cleveland University Hospitals Adult Sleep Laboratory Reena Mehra told the Huffington Post in 2012 that obesity is directly related to sleep apnea. Mehra went on to explain that, “losing 10% of your weight will improve your sleep apnea by 30%.” Another study showed that after men lost 25 pounds, the occurrence of sleep apnea events dropped by an average of 17 per night.

Schedule an appointment with your doctor

The only way to know for sure whether or not you have sleep apnea is to have a physician preform an initial screening. After this screening, your doctor may refer you to a sleep specialist that will assist you in setting up a sleep study. If you are diagnosed with sleep apnea, you may be assigned a CPAP machine to help reduce the occurrences of sleep apnea events.

If you cannot use a CPAP device, many doctors recommend an adjustable oral device that, “hold(s) the lower jaw forward during sleep to prevent throat muscles and the tongue from blocking the airway.”