This banned fruit has shown to fight colon, breast, pancreatic and skin cancer 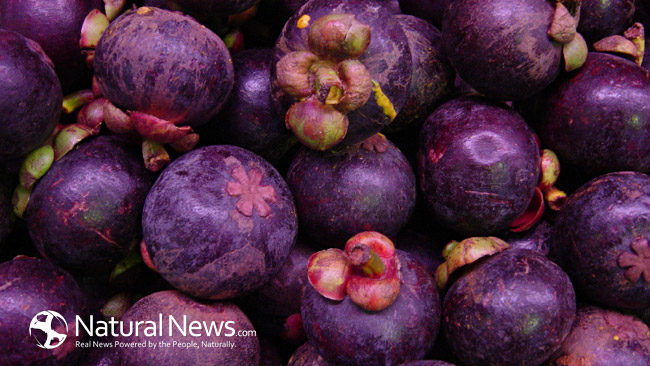 The mangosteen fruit is a pear-shaped tropical fruit that had a deep reddish-purple color when ripe.  It grows on an evergreen treat native to Southeast Asia, where it is referred to as “queen of fruits” or “fruit of the gods.” (1)

Mangosteen is no longer banned in the United States!

The fruit was banned from the U.S. until October 2007 because it was thought to harbor Asian fruit flies.  This medicinal fruit is no longer banned, allowing everyone to reap the health benefits.  It is a good source of vitamin C, essential vitamins and minerals as well as phytochemicals that can help boost the immune systems, decrease inflammation and fight cancer!(2)

If you haven’t tried mangosteen, consider the following health benefits and seek out this tropical fruit on your next shopping trip!

A balanced healthy diet that contains a variety of vegetables, fruits, whole grains and beans has been shown to lower the risk of many types of cancers!

While it is true that no single food can protect your body against cancer but a diet that contains a variety of vegetables, fruits, whole grains and beans can help lower the risk for many types of cancer.  Numerous minerals, vitamins, and phytochemicals demonstrate anticancer effects. (3) Consider adding mangosteen to your diet in order to gain the numerous health benefits associated with this tropical fruit!