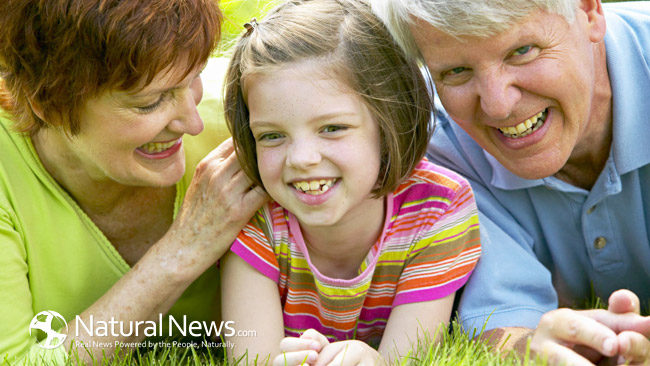 Research has now shown what grandparents everywhere have long known. Being around grandchildren is good for grandparents. A new study demonstrated that babysitting grandchildren prevents Alzheimer’s, increased brain concentration and decreased depression. Alzheimer’s disease now affects one in every eight Americans. With over 5 million people over the age of 65 suffering from this disease and no known cure, preventing or delaying onset is the best option.

Research conducted at the Women’s Health Aging Project in Australia studied over 180 women and published the study in Menopause, the journal of the North American Menopause Society. Researchers found that grandparents who spent one day each week with their grandchildren had a lower risk of Alzheimer’s disease. Five day per week spent with grandchildren has a reverse effect and might leads to developing degenerative neurological conditions. Another study at the Institute on Aging at Boston College observed 376 grandparents. This study showed that the better the relationship between the grandparents and their grandchildren, the less depressed either groups were. Another research paper, this one published in the Proceedings of the National Academy of Sciences reported that spending time away from other members of the family can lead to a 26% higher risk of dying. Even social media, such as Facebook and email was found to be helpful in keeping people feeling connected.

Mental exercise and stimulation can prevent Alzheimer’s disease, as well as certain nutrients. Physical activity and exercise have been shown to delay or retard the disease as well. Exercise increases oxygen to the brain as well an increasing production of brain chemicals.Aluminum has been cited as a possible cause of damage to the brain leading to Alzheimer’s. Sources of  aluminum are cooking utensils and iodized table salt.  Keeping the brain active with puzzles or brain teasers is useful for some. Some research suggests that drinking coffee might prevent Alzheimer’s.

Signs of Alzheimer’s disease include confusion, problems with memory or difficulty with daily tasks. Forgetfulness is often the first symptom that presents itself. Memory problems can occur as early as 20 years before a clinical diagnosis of Alzheimer can be confirmed. Other symptoms are poor decision-making and difficulty with remembering words, or understanding special relationships.