Autism On the Rise: Don’t Our Kids Deserve more than Acceptance? 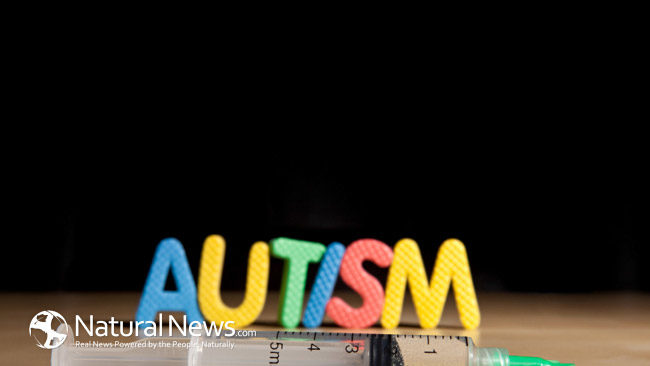 The number of children diagnosed with an autism or a related disorder has grown exponentially. This is a crisis. This is an epidemic.  In 1975, about one out of every 5,000 children had autism. Today, about 1 in 68 children has been identified with autism spectrum disorder (ASD) according to estimates from the CDC.  Some estimate that it is closer to 1 in 45 boys. In addition, the CDC reports that as much as 1 in 6 children have some sort of developmental disorder. These statistics were unheard of only a few decades ago.

I am here to say, there is no such thing as a genetic epidemic. Everyone must become educated about the causes of this disorder, so that we can start appropriate treatment as early as possible.

So, if autism isn’t a genetic disorder, what’s really going on?

When we seek help from a naturopath, Defeat Autism Now doctor, Integrative Neurologist, Functional Medicine Doctor or a Medical Academy of Pediatric Special Needs doctor, it becomes more obvious. Testing reveals that many of our children have numerous GENETIC MUTATIONS. According to the International Journal of Environmental Research and Public Health, “Accumulating evidence points to the involvement of epigenetic modifications as foundational in creating ASD pathophysiology.”

The environment in which we live and breathe, genetically modified foods and the chemicals we eat and inject have a direct influence on the expression of our genetic code, by altering the expression of genetic information. In the study of disease, researchers in the field of epigenetics are increasingly finding that the “turning “on or off” our genes are preventing us from detoxing these toxins effectively. These mutations inhibit the body’s ability to digest food, transport substances between cells, and utilizing important nutrients appropriately.

“We finally got a clear cut case of an autism specific gene mutation,” said Raphael Bernier, the lead author, and UW associate professor in the Department of Psychiatry and Behavioral Sciences and the clinical director of the Autism Center at Seattle Children’s. Perhaps our children have hundreds of mutations, yet to be discovered.  Bernier said people with a mutation in the CHD8 gene have a very “strong likelihood” that they will have autism marked by gastrointestinal disorders, a larger head and wide set eyes.  In their study of 6,176 children with autism spectrum disorder, researchers found 15 had a CHD8 mutation and all these cases had similar characteristics in appearance and issues with sleep disturbance and gastrointestinal problems.  Instead of a diagnosis solely based on behavioral analysis, testing of genetic mutations could guide families on how to better care for their child.

Other more common mutations include the MTHFR, Pyroluria, COMT and the MAO-A “Warrior Gene.” We can clearly see why these mutations can cause havoc.

Pyroluria: A metabolic condition caused by a mutation that has biological effects and neurological implications. This condition causes a zinc and vitamin B6 deficiency. These are two of the most important nutrients for brain health.

The MTHFR A gene mutation inhibits the body’s ability to transform vitamin B12 into vital folate enzymes. A healthy MTHFR gene converts vitamin B12 to folate (B9), an essential vitamin for brain, spine, and nerve health. Folate also produces healthy red blood cells and aids in rapid cell division.

If the COMT gene is not functioning properly it can cause a variety of problems including irritability, hyperactivity, mood swings, anxiety, sleep issues, and lower frustration and pain tolerance. Lower executive function and a lower IQ has also been noted for some.

The MAO-A (Monoamine oxidase A) is one of the two genes that encode mitochondrial enzymes which catalyze the oxidative deamination of amines, such as serotonin, norepinephrine, dopamine and adrenalin. Mutation of this gene results in Brunner syndrome. MAO dysfunction (too much or too little MAO enzyme activity) is thought to be responsible for a number of psychiatric and neurological disorders including depression, mood swings, OCD, schizophrenia, substance abuse, migraines, irregular sexual maturation, as well as, the behaviors associated with attention deficit disorder (ADD) and autism.

Another example of faulty gene expression prevents the body from adequately detoxing. A defective functioning of the family of proteins called metallothionein (mt), as discovered by Dr. William Walsh and Dr. Anjum Usman. This dysfunction leads to impaired brain development and extreme sensitivity to heavy metals due to the body’s inability to detoxify. “This disorder is often unnoticed in infancy and early childhood until it’s aggravated by a serious environmental insult such as vaccines. They believe that this malfunctioning of mt proteins may represent the underlying cause of autism.”

Physicians are some of the most intelligent, hardworking, and highly trained professionals in our society, but few are trained to use a ‘systems biology’ approach to manage the health of their patients. They are taught by pharmaceutical companies and in medical school to treat the emotional and mental component of these disorders with medication. Therefore, it is imperative to find physicians that understand epigenetics and that have joined the blossoming field of neuro-gastroenterology.  These doctors look deeper for underlying causes and move closer to naturopathic principles when treating these disorders. They understand the workings of the second brain—“the gut”—and its impact on the body and mind. They address root causes by correcting digestive problems, eliminating allergens and environmental toxins, and improving nutrition.

If you would like to learn more about genetic mutations and how to remedy them please consult Healing without Hurting. It is a comprehensive guide that reveals what may otherwise take you years to discover. You will learn how to identify common labels of behavior and how to treat these perplexing disorders naturally. As a mom who fiercely loves her son, I explored all available options, eventually finding better solutions than any conventional specialist had ever offered.