Asbestos & Other Environmental Risks That Cause Cancer 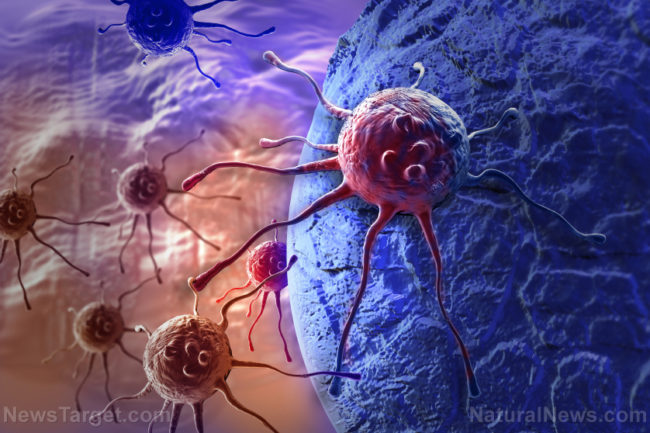 Green living is not always easy, but the rewards of living green are well worth the effort, especially when it comes to cancer prevention. An eco-friendly, toxin and airborne contaminant-free home, can be your ticket to living a cancer-free without harming the environment. However, what about the environment’s cancer-causing elements?

The National Cancer Institute has reported 26 different environmental carcinogens likely to affect human health, many of which cause cancer. Ensure that your home and lifestyle is void of the following toxins to reduce your risks of developing cancer caused by environmental risk.

There are six types of asbestos: chrysotile, amosite, crocidolite, actinolite, tremolite and anthophyllite. Chrysotile is the most common form of asbestos, however, each mineral is found naturally in the environment and when the mineral particles are inhaled or ingested, disease such as mesothelioma, lung cancer, asbestosis and more can develop as a result of exposure.

Asbestos fibers were used large-scale in the construction of homes and buildings prior to 1980 and products today are able to contain up to 15 of asbestos, making exposure to asbestos most probable if your home was built before 1980 or if your home contains products with asbestos. If you suspect asbestos in your home, do not disturb the area in question and have your home tested for asbestos by a certified and trained asbestos abatement company.

Also naturally occurring, arsenic is a substance that can be found naturally in water, air, and soil or released into the environment by agricultural and industrial processes such as mining and metal smelting. People are often exposed to arsenic through tobacco smoke, by drinking contaminated water, or by eating food from plants irrigated with contaminated water. Prolonged ingestion of arsenic-containing drinking water is linked to an increased risk of bladder cancer. Additionally, cancers of the skin, lung, digestive tract, kidney, liver and lymphatic and hematopoietic systems have been liked to arsenic exposure.

Beryllium is a metal found in nature, particularly in beryl and bertrandite rocks. Hard and light in weight, beryllium is non-magnetic and known to be a good conductor of electricity and heat. Because of this, beryllium is used in high-technology consumer and commercial products such as aerospace components, transistors, nuclear reactors and even golf clubs.

Similar to arsenic, cadmium is also found in tiny amounts in air, water, soil, and food. In fact, all soils and rocks including coal and mineral fertilizers contain some amount of cadmium. Workplace exposure is the most common culprit of cadmium exposure. Employees who work in places where cadmium products are made or where nickel-cadmium battery recycling industry workers, inhale dust and fumes or accidentally ingest dust from contaminated hands, cigarettes or food. Tobacco smoke and cadmium-contaminated foods also expose the general population to cadmium, which increase risks of developing lung cancer.

Coal tar is a product of coal and coal-tar pitch is a thick black liquid that remains once coal tar is distilled. Preparations used to treat skin disorders such as eczema, psoriasis and dandruff, often expose the general population to coal tars, if not naturally through environmental contaminants. Aside from the harmful emissions produced from industrial use of coal for energy, coal is used to cook and heat residences, globally. Burning coal produces particulate and gas emissions that contain harmful chemicals such as benzene, carbon monoxide, formaldehyde and polycyclic aromatic hydrocarbons. Occupational exposure to coal and coal tar or coal-tar pitch is associated with increased risk of developing skin cancer, lung cancer, bladder cancer, digestive tract cancer and kidney cancer.

Erionite is another naturally occurring fibrous zeolite mineral. Its physical properties are very similar to those of asbestos, being fibrous and hazardous only once disturbed, inhaled or ingested. People are often exposed to erionite through occupational work of mining and production, however, erionite is no longer mined or marketed for commercial purposes. Today, erionite is found in some commercial zeolite products. Therefore, the use of zeolites in pet litter, soil conditioners, animal feed, wastewater treatment and gas absorbents may result in exposure to erionite. Elevated risks of lung and mesothelioma cancers are associated with erionite exposure.

Released from the natural, normal decay or breakdown of uranium, thorium and radium in rocks and soil, radon is an odorless, invisible radioactive gas known to disperse through the ground and diffuse into the air. Therefore, radon is present in almost all air. Everyone breathes in radon, usually at low levels, however, because radon can enter homes by way of passage through cracks in foundations, walls or floors, elevated radon levels are likely in a large number of homes in the United States. Prolonged inhalation of radon gas is associated with lung cancer, taking the lives of approximately 21,000 lung cancer patients annually. As a result, radon gas is the lead contributor to lung cancer deaths, following first and second-hand cigarette smoke consumption.

Also radioactive, thorium is a naturally occurring radioactive metal found in soil, rock and water. As mentioned, previously, it’s decay produces radon gas, however thorium forms in the radioactive decay of uranium. Thorium levels are also high in minerals such as monazite, thorite and thorianite and may be mined for the metal, however primary exposure to thorium is through inhalation, intravenous injection, ingestion or absorption through the skin. More than 2.5 million people worldwide were exposed to thorium by way of the drug, Thorotrast between 1930 and 1950. Increased risks of liver tumors are associated with Thorotrast injections, whereas increased risks of lung, bone and pancreatic cancers are associated with thorium dust inhalation and ingestion.

Alison is a health advocate with the Mesothelioma + Asbestos Awareness Center whose mission is to raise awareness of carcinogenic, environmental health hazards such as asbestos, to prevent mesothelioma, lung cancer and more. To learn more about mesothelioma visit: http://maacenter.org/mesothelioma