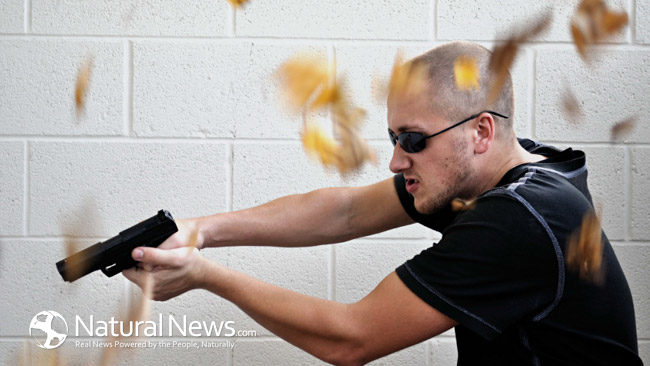 This is an excerpt from an Army manual specifying the procedures for civil disturbances.

This applies to U.S. soil as well. If my grade school scholastics in reading are accurate, this specifies permission to murder U.S. civilians inside our borders.

Our forces should never be seen as a military policing force on our own soil or as an occupying force in another country.

The Constitution of the United States places the military under civilian control and designates the President as commander-in-chief.

The Posse Comitatus Act prescribes criminal penalties for the use of the US Army or Air Force to execute the laws of or to perform civilian law enforcement functions within the United States Prohibiting the military from executing the laws means that military personnel may not participate directly in:

Generally, federal military forces may not give law enforcement assistance to civil authorities without conflicting with the Posse Comitatus Act. However, constitutional and statutory exceptions to this prohibition do exist.

Under the Constitution of the United States, exceptions allow the use of military force to execute or enforce the law.

In today’s world, peace operations are usually conducted by a coalition of forces operating under the purview of the UN charter and customary international law. Therefore, the UN may mandate certain restraints.

Civil authorities must provide adequate detention facilities for all subjects. Authorities must be prepared to detain large numbers of people. (FEMA Camps)

Searching people, placing them under apprehension, and detaining them without probable and just cause or without concern for their constitutional rights create problems and hinder due process. (NDAA)

A large reserve of soldiers should be maintained during civil disturbance operations.

Commanders should not dispatch NL (Non-Lethal) patrols.There is no such thing as a NL mission.

NL munitions and equipment are not completely NL; they are NL by intent.

NL munitions can be used as a lethal response if the situation dictates and the intent of the soldier is to inflict death.

During any crowd control operation, the commander must protect the control force with lethal overwatch.

DM (Designated Marksmen) in an overwatch position scans the crowd to identify threats and designate personnel for recovery and lethal rounds firing. They are ideally suited for flank security and countersniper operations.

Armed with a standard infantry rifle that is mounted with a high-powered scope they can scan the crowd, identify agitators and riot leaders for apprehension, or fire lethal fire if so ordered or warranted