Are you too polite? 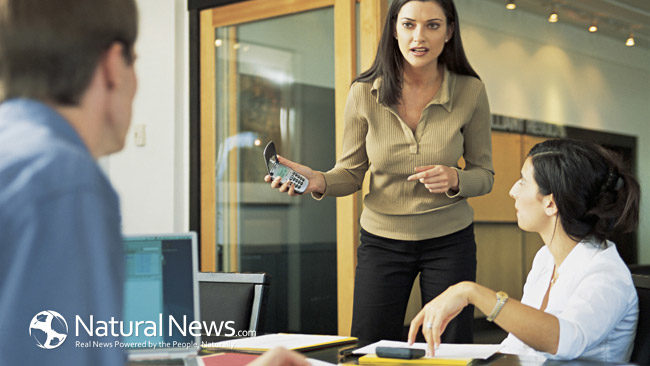 We have all at one time or another had to deal with a psychic vampire, although many people don’t even know what that is.  In fact, we have probably all at some point in our lives acted like one ourselves.  Most psychic vampires are not even aware of what they are doing, but the effect of their actions are just as powerful as if they had ill intentions.

Psychic vampires drain your energy.  They might do this energetically without breathing a word; but most of the time, they are bringing you down with their words and emotions, usually by complaining…and they complain a lot.  I will agree that sometimes it is nice to get something off of your chest and to have someone to talk to about your problems, but it isn’t wise to dwell on it.  And some people complain all the time, or blame, or yell.  As they do these things to you, your energy drops, and theirs does as well.  Your mood changes.  Your thoughts turn more negative.  Even when the person is no longer around, or when you hang up the phone, the negativity lingers on.  I have learned that there can be even more detrimental effects.

A while back I had a negative colleague that for some reason really took to me.  Around the end of the time we consistently saw each other, I found myself in a one-time Qigong class with people I’d never met.  In the conversation after the class, I asked part of the group what to do about psychic vampires.  I told them about the situation, and I mentioned that I did not want to be rude to her.  Someone gave me a wonderful answer that, at the time, I had no more opportunity to test out.  She told me that this person was being rude to me by bringing me down.  In the process, she was also bringing herself down, and it was wrong of me to allow her to do it.  Had I chosen to be “rude”, and said something like, “You are bringing down both of us with these stories; let’s talk about this positive thing instead” or “…let’s look at the wonderful lesson that came out of it,” we would both have been uplifted.

I finally had the opportunity to test this out, but unfortunately, I had forgotten this little lesson.  I chose not to be rude, and I allowed someone to try to intimidate me for quite some time.  I should have asked him to leave, and I did eventually stand back and fold my arms, which finally got him to go away, but it was too late.  Not only did he bring both of us down, but some of his negative energy wound up attaching to me.  I found myself feeling fairly depressed and hopeless for the next two days.  I knew those were feelings I do not normally have, and so I eventually wondered if I had picked something up.  I tried using something called Emotional Freedom Technique (EFT) to get rid of it.  Initially it didn’t seem to help.  I think I used the wrong words or feelings to find the problem.  I later did it again while I was walking outside, and immediately afterward, I was back to feeling like myself.  I can only guess that what I picked up from this man was either a dark energy or a soul-mind fragment (a part of his subconscious mind that split off at some point due to some trauma).  The best time to use EFT or the Releasement Process (both which I now teach), is when the emotion (new or buried) is being felt.  I had never realized how dangerous it was to allow someone to bring my spirits down.  Had I not released this energy, it could have easily manifested into physical illness and continuous depression.  Now I know when it’s OK to be rude.  I must protect myself; and in doing so, it will also benefit the other person, and make him see what he is doing.

ALWAYS put a stop to negativity.  Other than the times you are facing and releasing your negative emotions, always feel as positive as possible in every situation.  It is when you feel extremely happy or extremely sad that it becomes obvious to you that how you feel in the present moment matters more than anything else.

Vicki Luibrand is a hypnotherapist, certified by the National Guild of Hypnotists (NGH), and has a Doctor of Divinity in Spiritual Healing Arts.  She guides people to heal themselves both physically and mentally by finding and releasing buried emotions in the subconscious mind.  For more information, go to www.believeinhealth.biz.