Are You Eating Bread Containing A Synthetic Leather And Plastics Chemical? 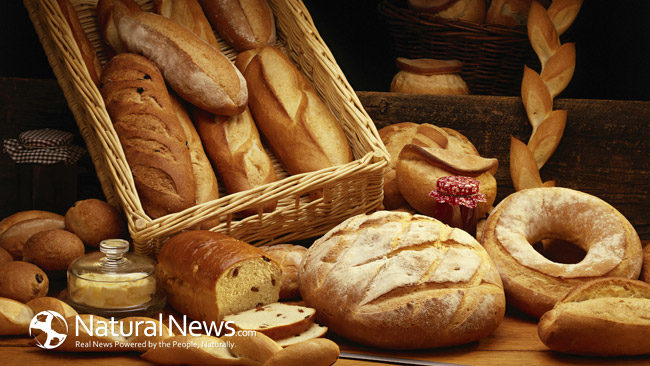 Many countries around the world believe it is unsafe to add Azodicarbonamide to food and accordingly have made it illegal to do so.  It makes sense when you consider that Azodicarbonamide is a toxic chemical used in synthetic leather, plastics and rubber products such as yoga mats.  In addition, it has been linked to a multitude of serious health problems from asthma to cancer.

Unfortunatley the United States, with the approval of the FDA, has deemed Azodicarbonamide safe to be added to the bread we eat.  According to the Code of Federal Regulations (CFR) Title 21,  Azodicarbonamide may be safely used in food as “an aging and bleaching ingredient in cereal flour…(and) as a dough conditioner in bread baking… .”

Azodicarbonamide is commonly found in the bread of many fast food chains such as McDonalds and Subway to name a few, although the latter has announced that they will now be removing the ingredient from their breads.  Do we really need to use a toxic chemical in bread just to strengthen the dough?  The answer is, no more than we need a flame retardant chemical in soda, which as you know from our last blog is also FDA approved.

This month we celebrate the 2 year anniversary of our Scales of Justice blog.  We would like to sincerely thank all of our readers for theirr continued support and for helping make Scales of Justice a success.  We strive to make our postings educational and useful to your everyday lives and base our blogs on the basic premise, that the law does not always equal that which is fair.  This may be easily ascertained by simply looking at various FDA prescribed regulations, such as the one which is the subject matter of the within blog.  Accordingly, it is imperative that all consumers adhere to the legal principle of “Caveat Emptor” otherwise known as “Buyer Beware.”