Are we all mercury poisoned? 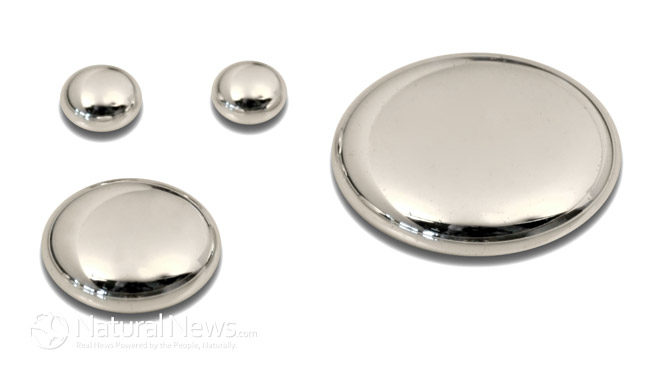 The simple answer to that question, is IMO yes! We are all toxic inside and especially toxic from heavy metals! Mercury is the biggest culprit and I believe the number one problem afflicting people and their overall health and well-being.

This topic is very much on my mind as I myself was severely poisoned a few years ago, while having four amalgams removed from my mouth.  I have been through several things that are directly related to acute mercury poisoning……so this post is for people to have a better understanding of either chronic mercury poisoning or acute incidents. Chronic meaning a lifetime of mercury exposure through fillings, the off gassing which last a lifetime of the filling, fish and many other areas of life where madmen have decided to spew  this neurotoxin all over the globe. Acute is when you come into large quantities of mercury at once. Having fillings removed by a quack is a great way to get acutely poisoned from mercury! Thanks you mad hatter of a dentist…..fricken quack!

Chronic illness is harder to diagnose and testing seems to be not real accurate. The reason for this is that the body only allows mercury to freely roam in the blood for a few hrs. Then it stores it deep in tissues, the brain and organs. The reason for this is because mercury is so toxic and the body has to lock it in deep in the tissues in order to keep it from severely damaging the person and organs. This is also why mercury is so hard to get out of the body. This is why cellular cleansing is so very important. The body will lock these poisons in and unless cleansing is done in order to pull this crap from the body, sickness and chronic health issues will start popping up down the road.

Even if you never had a mouthful of metal or any other exposure, you might want to look towards this toxic element as the hidden cause of  any or all of your health concerns. Off-gassing of this toxin is everywhere. Think about next time you are in an elevator with 7 other people. Now figure all the mercury in each one of these people’s mouths….now were talking about the general commons area being tainted.

Crowns, fillings, cheap metals in fake teeth, and root canals are teaming with toxins and a lot of mercury. With auto-immune conditions, it’s a cumulative  of these poisons and the mouth, IMO is where most of it is coming from. MS and other auto immune disorders are linked to mercury.

Some other symptoms include….Tremors, shakes, twitches, kidney dysfunction, enlarged prostate, auto immune conditions, anger or mood swings, candida….which goes hand in hand with mercury poisoning. You can be on the candida diet all you want, with mercury toxicity, you will never rid the body of candida overgrowth. WHICH BY THE WAY…..almost EVERY American has. Even people who generally feel healthy, there yeast infection is raging inside. Causing brain fog, anxiety, yeast infections, athletes foot, dry mouth, etc, etc, etc. Let’s not call them candida symptoms, let’s call them mercury poisoned.

So what to do. First and foremost….clean up the mouth. Have a osha approved mercury free dentist access and start to remove SAFELY all the mercury from the mouth. Dietary changes should also be made.  Cleansing is very important leading up to removal and after. Coffee enemas are highly recommend to remove poisons that are being released into the blood. High dose vitamin C a few days before removal and during are also recommended. Chlorella can be taken during and after as well. Same with clays and zeolites. These all will help get rid of some of the mercury that is being released in the body.

I will say this….if you have had testing or you just know that mercury is behind your ailments, then chelation therapy is something you should consider. Also, sulphur, clays, cilantro , zeolite and other methods can actually be dangerous if you are mercury poisoned. The reason for this is….these are WEAK bonding agents to mercury. They all chelate to a point, but they don’t form a strong bond to mercury….so they can pull mercury out of tissues, only to drop it elsewhere, possibly causing worsening of overall symptoms. Dmps or dmsa are two great bonders of mercury. The problem is the way they are used. There is a half life of mercury in the blood. So, if doing chelation therapy and only doing one dose of either of these two components, once a day, that leaves a lot of room for mercury to be redistributed throughout the body.

A man by the name of Andy Cutler, a chemist has put together the best chelation strategy, IMO. Through my studies, this is the protocol that seems to work the best and is probably the safest way of removing mercury, especially from the brain. His book, which I HIGHLY recommend on Amazon is called, “Amalgam Illness”! Read the reviews and do some research on this protocal. It essentially involves chelating every 3 hrs , for 3 days on, then 4 days off. It involves using over the counter DMSA and or just ALA or alpha lipoic acid. The reason for every 3 hrs, including getting up once at night, is to keep the chelator in the blood the entire day in order NOT to reabsorbs more mercury. Low dosing and frequent dosing seems to be the right pace. Autism and many other conditions have been greatly helped or all but eliminated through this process. It can take a few years of weekly chelating to reverse serious cases.  I really recommend everybody do some research on this man, his book and this protocol.

I have been on a healing journey myself now for over 4 yrs. Without cleansing, fasting, coffee enemas, herbs, msm and other products my life and health would be in much worse condition. I recently stumbled upon this info a few months back and plan on starting this protocol very soon!

I would also add this….ALA or alpha lipoic acid is capable of crossing the blood brain barrier and is the ONLY chelator known to significantly remove mercury from the brain. Now, this can also be dangerous as a lot of people supplement with ALA. Most people take a high dose once a day, and that can be very detrimental to overall health if one is battling mercury poisoning. It will pull lots of mercury out of the brain and organs and dump them before elimination. Also if mercury is still present in the mouth, in fillings, crowns, fake teeth or other mercury substances, ala will pull that out as well….so having the mouth cleaned up first is necessary if going to undertake a protocol like this one.

Anyway, that is all today on such a fun topic!  Hope you all are finding the ROOT cause of your ailments. There is always a root problem and I believe mercury is at the core of that problem!