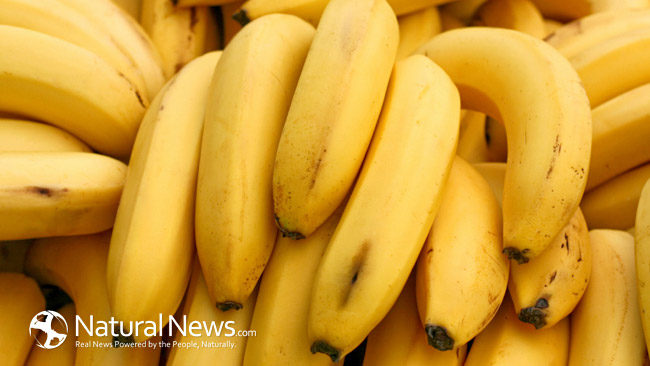 As bizarre as it may sound, technically all food items are radioactive to certain extent. This is because all food and other organic molecules do consist of carbon. Now coming to your query of, are bananas radioactive. Yes, indeed they are. But it shouldn’t be a life threatening concern for you as you’d have to eat too many bananas at a time for it to be worrisome.

Why Are Bananas Radioactive?

So, why are bananas radioactive? Bananas are radioactive, owing to their relatively high content of Potassium. To be specific they consist of Potassium-40. As a matter of fact, bananas are so good at producing a measurable amount of radiation that is considered to be yardstick for measuring radioactivity. Banana equivalent dose (BED) is considered as a basis to measure the dose of radioactivity from a food item, which is done in comparison with one average-sized banana. One BED is often co-equated to 0.1 uSV.

Exposure to radiation from consuming a single banana nears to 1% of the daily exposure to radiation. Bananas offer 3,520 pCi/kg from potassium-40.
As bananas contains 12% of the recommended intake of potassium. It helps in relaxation of muscles and nerves which makes it an excellent food choice to consume at night. That’s why bananas before bed is highly recommended owing to their ability of promoting better sleep.

Bananas Radiation Poisoning: Is This a Fact?

Now that we know are bananas radioactive or not? Let’s move to the major concern associated with it, is it fatal. Well you should put your worries as it is going to take 10,000,000 bananas to be consumed at once, for them to be fatal. You can also expect chronic symptoms if you manage to eat 274 bananas everyday for next seven years.

In fact if you start eating these many bananas every day, you’d be packing a really high amount of calories and chances are diabetes would get you first.
Another major misconception amongst side effects of bananas, apart from radiation poisoning is if bananas are fattening? Even this one stands as a myth.

Some Other Radioactive Foods

After establishing the fact that bananas are radioactive, let’s take a look at some other foods that are highly radioactive in nature:

1. Brazil Nut: If ever there an award for most radioactive food it’d go to Brazil nuts. These nuts emit over 6,600 pCi/kg of radiation. But most of that radiation passes harmlessly through the body.

3. Carrots: Carrots give you about 3,400 pCi/kg from potassium-40. Root vegetables are also high in protective antioxidants.

4. Potatoes: As with carrots, potatoes also offer 3,400 pCi/kg of potassium-40. Foods made from potato are similarly radioactive.

Bananas offer more radiation from potassium-40 than carrots. However it has been established that these are not harmful but at the same time it is recommended to consume them in moderation as with any other food to avoid any side effect what so ever.