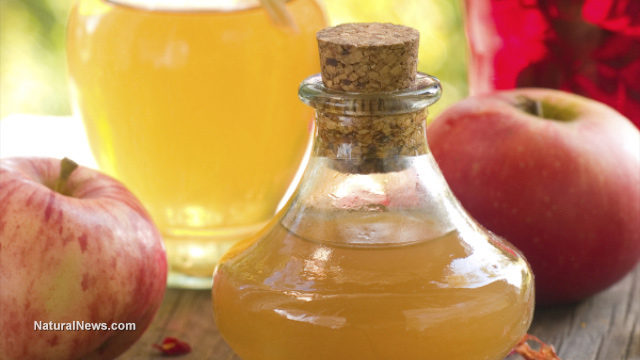 Apple cider vinegar, a type of vinegar made from apples or cider, has a reputation for being beneficial to the health in numerous ways. But since it is a remedy for various health conditions, therefore it must be taken in the appropriate amount. In this article, we shall discuss the recommended apple cider vinegar dosage for optimum health benefits.

Apple cider vinegar in its raw and unfiltered form contains beneficial bacteria known as probiotics. These bacteria are advantageous to the gut environment in the human body. They can be helpful to treat gastrointestinal issues and boost the immune system. Comparatively, raw apple cider vinegar has more nutrient content than the pasteurized apple cider vinegar. This is because during the pasteurization process, a lot of the nutritious bulk of the living microbes- yeast and probiotic, get eliminated.

To treat nasty skin conditions like acne, eczema, etc. you can directly apply it o the affected area with a cotton dab.

#2 Controls blood pressure: According to Brenda Skidmore, Holistic Health Expert at Disabled World, apple cider vinegar for blood pressure control is a reliable remedy. High pressure is a common condition in which the pressure of blood against the artery walls is remarkably high. The abnormality in the pressure of blood imminently leads to coronary and heart problems. Apple cider vinegar helps in balancing the body’s pH level. Its acidic nature can erode fat and phlegm depositions in the body and thereby aid in better blood circulation and lower pressure against the artery walls. Apple cider vinegar is also helpful in reducing bad cholesterol which has a positive effect on blood pressure.

Apple cider vinegar has a good nutrient profile that benefits the health in various ways. It is low in sodium, cholesterol, and saturated fat, and a very good source of manganese and potassium. Yet, its acetic acid content makes it a tad bit dicey. It could erode the teeth enamel, irritate the throat, and interfere with blood thinning medications. Although two tablespoons of it diluted with 8 oz of water could hardly do any damage, it is advisable to consult with a physician before consuming apple cider vinegar to avoid side effects of drinking too much apple cider vinegar.