Another Day, Another Massacre of Innocents 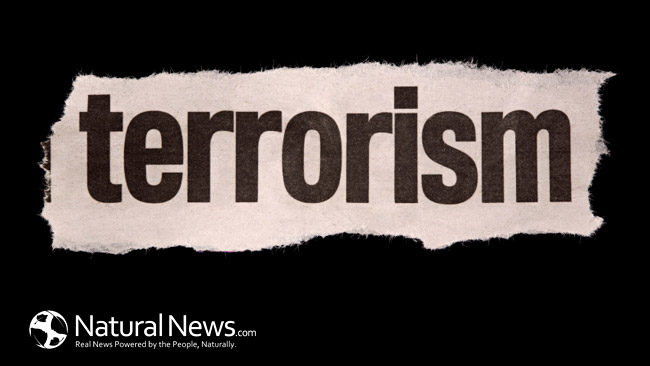 I feel as though I am becoming a bit redundant in my last few posts. It seems like every week now the forces of the Israeli occupation are slaying untold numbers of unarmed Palestinian men, women and children for the ‘crime’ of protesting their own mistreatment. Since many otherwise politically-minded people seem a bit reluctant to address this ongoing issue, and since it has largely been afforded the all-too-predictable mainstream media silent treatment/sanitization, I hope that I can, even in a small way, help to shine some light onto the events currently taking place in Israel/Palestine.

On Monday May 14th, Israeli forces killed 59 Palestinian protesters and injured over 2,700 – including 74 children.

Details of this latest atrocity are mostly buried in the mainstream media, not headlined. Any attempts to report the facts honestly and without equivocation have resulted in accusations of ‘anti-Israel bias’ or erroneous charges of ‘anti-Semitism’ from the bought-and-paid-for media stooges who trip all over themselves in their haste to do the bidding of Israel. Even the rabidly pro-Israel New York Times found this to be the case when they merely reported on the death toll inflicted by Israeli troops in this latest atrocity – an obviously news worthy item one would think. Any mention whatsoever of Israeli misdeeds automatically carries with it the charge of anti-Semitism. Where were the charges of being anti-Iraqi or anti-Libyan in the media-led warmongering that resulted in the untold devastation of those countries? There are certainly no accusations of being too anti-Syrian or anti-Iranian directed at the media as they continue demonizing those countries to justify still more wars for Israel. As always, there is one set of rules for Israel and quite a different set of rules for everyone else.

A constant refrain spewed forth from American/Israeli politicians and sycophantic media lackeys alike is that ‘Israel has a right to defend itself!’ Ok, sounds fair enough in a vague sort of way. But don’t the Palestinian people also have a right to organize and protest their own brutal mistreatment without being mowed down by snipers? Israel’s claim to be acting in self-defense is entirely negated by the death/injury toll of which Israel has yet to add a tally to over the entire course of the six week ‘March of Return’ protests that have been taking place.

According to International Law, Israel, as an occupying power, has no right whatsoever to use force on the people living under its occupation – people who are being denied their right to self-determination. How does this square with Israel’s deceitful claims of acting in self-defense? Murdering unarmed women, children and journalists is not in any way acting in self-defense; rather it can only be described as yet another case of despicable crimes against humanity. Where is the condemnation from America, the self-appointed moral arbiter of the world, when this mass murder of innocents is taking place week after week? Where is the condemnation from the Western media, who never hesitate to shine a bright spotlight on alleged chemical attacks and other spurious claims that are known to be false when it serves as a basis to clamor for more war against targeted countries? As usual, the silence from the pulpits of the indentured Western world is deafening when it comes to the repeated human rights violations of the criminal state of Israel.

As this latest human rights disaster was being carried out, American and Israeli politicians were in Jerusalem honoring the opening of the relocated U.S embassy. Politicians from each side of the murderous two-headed Leviathan have since tried their best to marginalize the killing of innocent Palestinians. The White House somehow blamed Hamas for the violence despite no Israeli casualties, and Israel’s Public Security Minister, Gilad Erdan, even went so far as to compare the unarmed Palestinian men, women and children being slaughtered to Nazi war criminals who, apparently by his criteria, do not have a right to life.

How much longer are we going to sit by in silent acquiescence as such horror is being inflicted upon a people that have lost almost all rights to their land, as well as their divine right to a human existence? The oft-repeated mantra of ‘Never Again’ stands in stark contradiction to the reality of what is taking place right now in occupied Palestine in our own times. Where is the outrage from the large ‘Christian’ majority in this country that should be appalled by such carnage? Sadly, many of them are cheerleading Israel along as they not only continue their genocidal expansion throughout the Middle East, but also work towards curtailing our freedom of speech here at home as well. Christian people need to understand that modern-day counterfeit Israel is in no way correlated with the Israel of the Bible. In fact, those claiming to be Israelis today have no connection whatsoever to the land of Israel. They are mostly Eastern European Khazars who converted to Judaism sometime in the 8th century under King Bulan. They are certainly not the biblical Israelites. As Jewish scholar Arthur Koestler, author of The Thirteenth Tribe said: ”The story of the Khazar Empire, as it emerges from the past, begins to look like the most cruel hoax which history has ever perpetrated.” This is the message that is elucidated in Revelation 2:9, 3:9. Ironically, modern day Palestinian people have a much stronger genetic connection to the biblical Hebrews than most of today’s Jews do. Many Christian people unfortunately have been deceived into allying with the present day’s premier terrorist state.

Conscientious people from all persuasions of the human race: It is time to get off of the couch and take action against what is going on right now. If we don’t stand up and oppose the flagrant violations of human rights and basic decency that are being committed right this very minute, then it will not be long before we all have to look our grandchildren in the eyes and explain to them why it was that we did nothing to derail the forces of global tyranny and injustice that did away with all of our basic human rights.