An Introduction to Organic Farming (And Why We Should Support It) 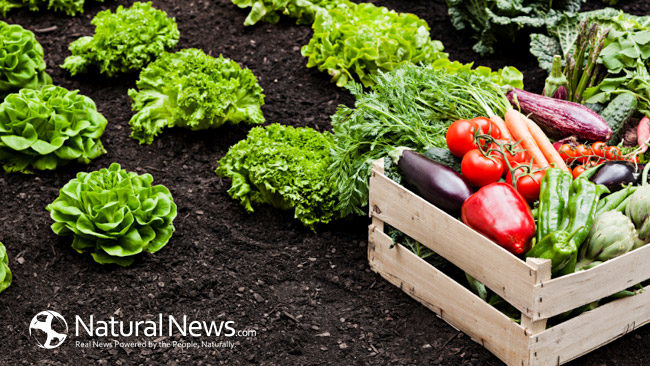 Though organic farming cannot compare to conventional farming in terms of crop production per area, it surpasses it in all other avenues.

Environmentally-friendly – Organic farming methods observe the laws of Nature, are sustainable, and respect the rights of livestock and crops. Using natural farming methods, soil that has been degraded by chemicals, fertilizers, and machinery is healed. Soil ecology becomes balanced once again, and water returns to its natural purity.

Tastier and more nutritious crops – Organically-farmed crops are considerably more nutritious than crops that were modified and sprayed. In some specimens, crude fat, amino acids, protein, and trace minerals were identified to be 300 percent higher than in their non-organic equivalents. This is understandable, since a crop can only provide as many nutrients as the soil in which it grows allows. If the soil has suffered from erosion and its earthworms have been killed by machinery, then it will produce inferior crops.

Respect for life – Organic farmers do not feed their livestock growth hormones, antibiotics, or other poisons that damage the animals’ immune systems and make them more susceptible to disease. Organic farmers also tend to provide their animals with large spaces in which to walk and forage, whereas conventional farmers favor cages or cramped indoor environments.

No pesticides or herbicides – Pesticides are used to kill insects that threaten crops. Unfortunately, many sprayed insects find their way into the crops anyway, meaning that the toxic pesticides are passed onto us as well! Therefore, instead of using chemical pesticides, organic farmers use alternatives such as alcohol, light, aromas, and poisonous plants, which do the job just as well. And when it comes to herbicides, most natural farmers don’t use an equivalent at all. Instead, they use the weeds as compost to create ideal growing situations for their crops.

As you can see, the benefits of organic farming are considerable. Conventional farming is not a wise practice; it favors the profits of today over the planet of tomorrow. Eventually, land that was repeatedly farmed using aggressive machinery and toxic chemicals will turn to desert, forcing the farmers to move outwards and degrade other locations like a virus. Organic farming, however, is embraced by farmers who love the land that sustains them and ourselves. Their gentle, natural methods of farming ensure that the soil remains rich, that the insects within it are happy, and that the crops produced are robust and nutritious. Therefore, if you care about your health and the environment, then it is a good idea to support your local organic farms whenever possible!

Michael Ravensthorpe is an independent writer whose research interests include nutrition, alternative medicine, and bushcraft. He is the creator of the website Spiritfoods, through which he promotes the world’s healthiest foods.