“America, We Are Running Out of Time:” Dr. Oz Says While Asking for Urgent Help in Stopping New GMOs – See more at: http://althealthworks.com/3896/america-we-are-running-out-of-time-dr-oz-says-while-asking-for-urgent-help-in-stopping-new-gmos/#sthash.3IZvOYmh.dpuf 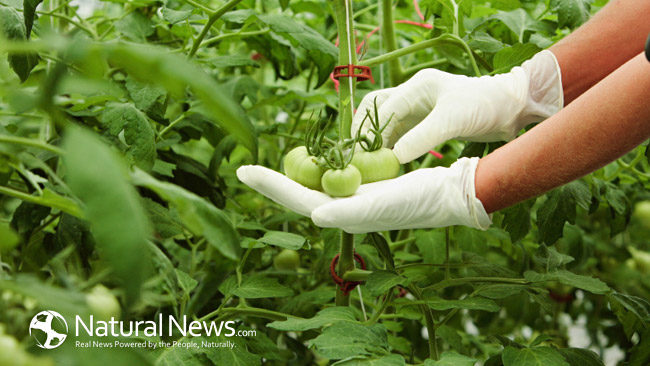 Well known talk show host and six-time New York Times best-selling author Dr. Mehmet Oz has been a controversial figure at times within the holistic health community, but one thing’s for sure: he’s not afraid to tackle some of the most important issues the mainstream media would never touch.

Dr. Oz made waves on Sept. 22 with an episode discussing the looming and potentially devastating approval of the new Dow Enlist weed control system for genetically modified crops, one that could blanket the United States’ crop fields and fill its skies with a new generation of highly toxic pesticides containing 2-4-D, a chemical used in the infamous Agent Orange mixture that was sprayed during the Vietnam War and later banned by the U.S. government.

Currently, the approval of 2-4-D has just one final hurdle: President Barack Obama, who has the ability to deny the Environmental Protection Agency’s approval of the crops.

Dr. Oz, who often touches on topics relating to the holistic health and pro-organic communities while inviting guests like Dr. Joseph Mercola and other big names from the industry to his show, has let his fans down at times in the past. For example in 2012 he said organic foods are well worth the money for the benefit of avoiding pesticides, but then followed the statement up less than two months later by calling organic foods “elitist” in a Time Magazine interview.

In the case of his Sept. 22 show, however, he did not mince words when it came to delivering a strong condemnation of the EPA’s decision on 2-4-D crops, even ending with a “show first” encouraging his fans to join the movement before it’s too late.

“Challenging the Food Industry, the Chemical Industry and the Government”

In the nearly 15-minute segment aired nationally on ABC at 10 a.m. ET, Oz launched into a highly informative presentation and discussion on the crops that included Q&A sessions with experts as well as some bold proclamations.

“What I’m about to show you is going to challenge the food industry, the chemical industry and the government,” Oz said, calling it the new “GMO pesticide arms race.”

“The EPA is on the brink of approving a brand new toxic pesticide you don’t know about, the latest and most disturbing development in one of the biggest food controversies of the 21st century, GMO foods.”

Oz went on to explain the basics of current GMO crops like corn and soy, which are lab-engineered (a process much different than traditional breeding) to survive chemical sprays like the pesticide glyphosate in Roundup, for example. Demonstrating the process to his New York City-based audience on the big screen, Oz noted that weeds get “smart” over time and become “superweeds” resistant to such chemicals, hence the ongoing need to improve stronger and more toxic ones like 2-4-D in order to keep the “chemical treadmill” going.

The “next generation” of these chemicals could be on the way after the EPA failed to be swayed by over 500,000 signatures against 2-4-D crops, which included a letter from 35 prominent doctors and researchers against them.

In the letter, the researchers highlighted increased risks of Parkinson’s Disease, Alzheimer’s and non-Hodgkin’s Lymphoma as key concerns related to the pending use of these chemicals. Currently, between 70 to 80 percent of all food Americans eat is genetically modified, and 1.2 billion pounds of pesticides is being used on these crops.

Now, an additional 70-170 million pounds of pesticides could be added to this toxic load if President Obama chooses not to deny the request (see the petition to Obama here).

First up on the show was Zen Honeycutt, the founder and director of Moms Across America, who shared a personal story about pesticide exposure.

“For a long time I didn’t know that pesticides may be affecting my children, in fact they had rashes and severe allergies for years but then I learned that not only were GMOs sprayed with pesticides but I learned that non-GMO foods were as well,” she told Oz.

“I learned that glyphosate kills gut bacteria and I instinctively knew that had to have something to do with my children’s health issues.”

Honeycutt, whose organization works to spread awareness on GMO and pesticide health hazards, said that she switched to not only GMO-free but also organic food and her children’s health improved.

She added that doctors do not currently test for glyphosate, but her decision to get her kids tested at a private lab found that her son had levels in his urine at eight times higher than has been found anywhere in Europe.

He developed onset of autism symptoms before the switch to organic helped put an end to them, and the level of glyphosate in his system was no longer detectable after the change in diet.

Also on the show were author Mark Bittman and toxicologist Dr. Kenneth Ramos; Bittman questioned the promises by the biotechnology industry which have not come to fruition yet.

“Yields are not up, pesticide and herbicide use is not down (editor’s note: farm chemical use is actually up)  and that was the promise of GMOs, so when you talk about feeding a hungry world, (GMOs) haven’t moved us in that direction.”

Ramos was asked by Oz whether parents should be concerned about pesticide exposure as Honeycutt has been.

He said that the majority of science shows that pesticides are “overwhelmingly safe” and also called the new 2-4-D crops not new but a “combination of pesticides.”

But later on, he didn’t exactly sound confident about their safety and admitted his own concern with them.

“How can you ensure families that they’re not going to be exposed to these pesticides when it’s so hard to keep nature contained?” Oz asked him after demonstrating how pesticide drift works.

“It’s a valid question and I think one we all need to be concerned with,” Ramos said. “I think one very important component of the argument is that the EPA is calling for continued, repeated monitoring of this process so that in case the evidence is not pointing in the right direction measures can be taken to correct the problem.”

Oz responded with concern of his own.

“But that subjects our entire nation to one massive experiment…I hear these words that we’re going to continue to survey, but what happens to kids, so a decade from now we’ll apologize but in the meantime I’m very concerned that we’re in the beginning of a catastrophe, one that we don’t have to subject ourselves to.”

Thousands of Kids Within 200 Feet of “Agent Orange” Crops

Environmental Working Group Executive Director Heather White also joined Oz, discussing the organization’s stance against the crops. A study by the EWG found that over 5,000 schools nationwide are within 200 feet of GMO farm drift zones.

“This new toxic herbicide will coat soy and corn across the country and become the raw materials for the packaged food we eat, as a mom I’m especially concerned about elementary schools within this toxic spray zone.”

Oz contacted Dow Agrosciences for the story, and the Michigan-based GMO and chemical giant said that the new Enlist weed control system is “designed to address needs of the modern agricultural industry as farmers today struggle to control weeds that impact the food supply while respecting the safety of both people and the environment.”

The EPA also responded to an Oz request to comment, saying that the approval is based on the “best science and state of the art data.”

But Dr. Oz and many hundreds of thousands of health-conscious remain unconvinced.

“I don’t feel confident as a scientist, a physician about what we’ve been getting ourselves into,” Dr Oz said about the continued approvals of chemicals and GMOs despite widespread public and expert condemnation. ”

“America, we are running out of time…the only thing between this pesticide and your kids is the President of the United States and that’s why I’m asking you; I’ve never asked you before, (but) I’m asking you to sign a Take Part petition to urge the president to stop (the EPA’s approval of the Enlist system).”

While the last round of signatures was not effective at swaying the EPA, this time around there’s a tangible goal that could have a big payoff: President Obama must respond to the petition if it reaches 100,000 signatures.