These Amazing New Solar Cells Are the Future of Energy 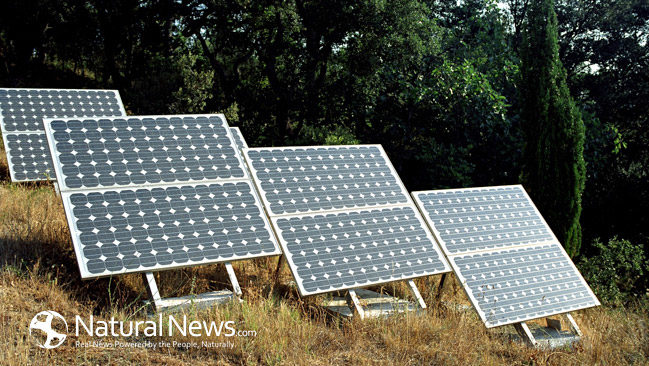 In the U.S, 76% of Americans want the country to put more emphasis on solar power. While the desire to change over to solar power and other clean energy sources is palpable, in 2014, a meager 9.8% of national energy consumption was renewable.

Given the wary national eye on global warming, it’s a safe assumption that the nation’s lack of reliance on alternative energy sources is not for lack of awareness. While national security concerns may hazard a sooner-impending threat in the minds of many, hearkening to decades-old sociological research, without a sense of self-efficacy, behavior remains unchanged. If you can’t do anything about it, why worry about it, right?

New possibilities for solar energy implementation, however, introduce access and opportunity for the consumer. Which means more confidence in the technology and the ability to implement it in everyday life applications.

After years of research, MIT has developed a prototype for inconceivably lightweight solar cells — light enough to rest on a soap bubble and not pop it.

In simple terms, solar panels —like the ones you see on houses or the small-scale ones used in some calculators — convert light from the sun into usable energy. These new solar cells work essentially the same way, but their weight and flexibility allow for their use in infinitely more ways. Something as transportable and flexible as paper or clothing could be transformed into a conduit for solar energy conversion. If MIT can cheaply replicate this prototype, possibilities are endless for where clean, solar energy could take us in the years to come.

Drawbacks of using traditional solar panels include the cost for relative yield, which depends on several factors, like geographical location and how much energy you currently use. After you invest in solar panels and pay the upfront installation costs, it takes time to recoup the investment. A solar cell or panel also requires a large amount of physical space to produce a worthwhile amount of power.

Business owners and homeowners will often look for other alternatives to smart energy consumption, like compressed air, if the dollars and cents make financial sense. It’s not always enough to simply have a good product or a good reason to implement it.

Consumers weigh the costs and benefits of any purchase, especially one requiring extensive consideration, such as relying on solar power. This means looking at the up-front cost (both in terms of dollars and space), on-going cost (maintenance), and benefit (output).

MIT’s prototype, however, turns these drawbacks on their head — and offers proof that there’s a viable concept that can work.

The performance of these special new solar cells is related to how they’re made. Instead of making the components separately, everything is made in one chamber. This means the environmental protective coating, the supportive substrate and the solar cell itself don’t need to be touched in the fabrication process. With manufacturing occurring in a vacuum, the cell remains unexposed to any contaminants that could degrade it or it’s performance.

Chemicals and high temperatures are used in traditional solar-cell manufacturing. The new cells are created without solvents, at room temperature in a vacuum chamber.

University of Michigan’s associate professor Max Shtein highlights that the MIT discovery “has tremendous implications for maximizing power-to-weight (important for aerospace applications, for example), and for the ability to simply laminate photovoltaic cells onto existing structures.”

The seemingly efficient and replicable design of MIT’s prototype holds implications for not only economic growth, but clean fuel. Although applications may certainly exist for space engineering, computer technology or the automobile industry, consumer use and adoption is just as likely to be a driving force in further developing solar technology.

Cleaner energy prospects are on the horizon.