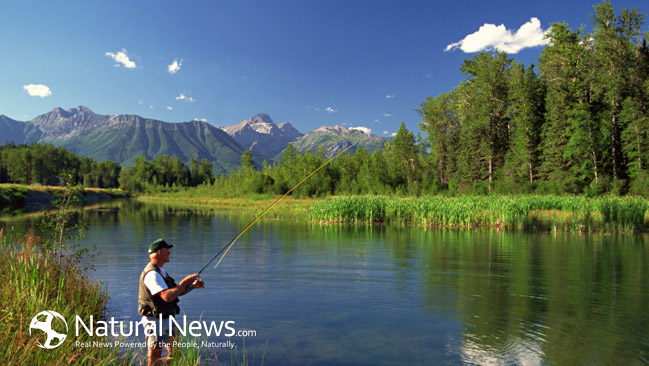 The lifespan of nearly 300 residents in a small village in southern Italy is more than 100 years old. For the first time, residents of the village are letting scientists research why their lifespan is so long.

Nearly one-third of the people who live Acciaroli, Italy are more than 100 years old. And it’s estimated that about 20 percent of the residents living in this small village along the coast of the Mediterranean Sea have reached 110 years of age.

Amazing lifespan of people living along the Mediterranean

A joint United States and Italian research team launched a long-term study of the centenarians of the small Italian village of Acciaroli. The team of researchers wanted to determine why so many of the residents of this tiny village are living so long.

A cardiologist at the University of California, San Diego School of Medicine, Dr. Alan Maisel, spoke with National Public Radio (NPR) about this latest research on the lifespan of the people of Acciaroli.
Dr. Maisel explained to NPR that he was surprised to find out that he didn’t see people jogging, or swimming, or actively involved in exercise classes. Surprisingly, he noted that many of the older residents were smokers and overweight.

Additionally, Dr. Maisel said it’s quite possible the genetic makeup of the residents of this small village is unique, in that, genes may be a contributing factor to their longer lifespan. However, Dr. Maisel explained that the residents of Acciaroli were in the habit of a doing a number of things that may prolong their lives.

For example, the villager’s diet may play a role in their longevity, as well.

Dr. Maisel said, “Everybody ate anchovies. Now, you know, I actually like anchovies on my Caesar salad, but I never thought they would help me live to be 110. But they seem to eat it with every meal.”

Dr. Maisel added, “Also, every meal they have the plant rosemary in almost everything they cook with. Whatever form they put it in has been shown in scientific studies to reduce cognitive and prevent cognitive dysfunction and some aging.”

The team of researchers also found that in the late afternoon and evenings the residents of Acciaroli sit in restaurants and cantinas and relax. Some of them have coffee — some of them have wine. But the researchers noted the villagers do take time out to relax.

Contributions to a longer lifespan

An eclectic point of view should be considered when it comes to living longer. Many aspects can contribute to a longer lifespan.

For example, a healthy diet is an essential part of living longer.

The people of Acciaroli consume many anchovies. Anchovies are a great source for omega-3 fatty acids, which are good for the human heart.

Worldwide, there are about six distinct species of anchovies. They can be consumed fresh in areas close to their natural habitat, such as coastal Italy, but are usually sold packed in salt, tinned or jarred in oil, or even as a paste in tubes.

Depending on the time of year, anchovies that most Italians eat come from different areas. Spanish anchovies from the Atlantic Ocean are popular for their larger size and rich flavor. They are usually found during the winter. Sicilian anchovies are more delicate in flavor and smaller. These anchovies are usually fished from April to September in the Mediterranean.

Anchovies are rich in minerals, vitamins, and protein. They contain potassium, magnesium, iron, calcium, zinc, phosphorus, and sodium. Anchovies are a good source of vitamins such as niacin, riboflavin, thiamin, vitamin A, B-6, B-12, C, E, and vitamin K.

Additionally, the daily consumption of rosemary by the residents of this small Mediterranean village perhaps contributes to their extended lifespan. Rosemary (Rosmarinus officinalis) is a fragrant evergreen herb native to the Mediterranean. The herb tastes great in dishes like rosemary chicken and lamb. It’s also a good source of vitamin B6, calcium, and iron. Some people use fresh or dried rosemary leaves for teas and liquid extracts. Whereas, others use the herb in its dried whole form, or as a dried powdered, extract.

So far, Dr. Maisel and his team of researchers observed the habits and diets that may contribute to the long lifespan of the residents of Acciaroli. Plans for the future include studying the residents of Acciaroli in the next six months. Researchers will be looking at each aspect of villager’s life, including taking blood samples, monitoring their exercise routines, and digging into their genealogy.

Nevertheless, perhaps it’s worth noting that diets that include anchovies and rosemary — and taking time out to relax — are healthy contributions to the long lifespan of the centenarians of Acciaroli, Italy.