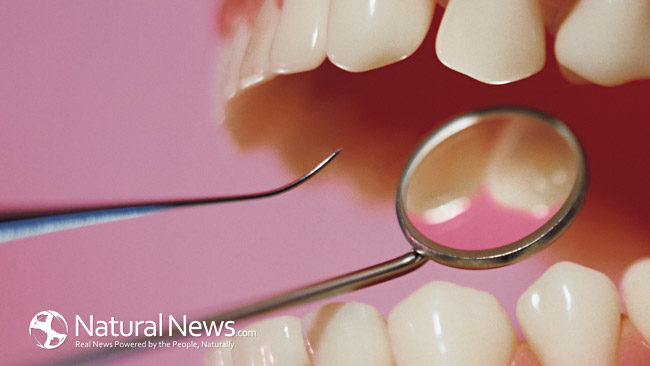 How dangerous are those “silver” fillings actually?

More than 150 years ago, dental amalgam (about 50% heavily poisonous mercury, one of the most neurotoxic compounds!) was introduced into the Western world and triggered lots of discussions from the beginning. But it appeared to be making good money and easy to work with for dentists. Never mind the health of the people.

Around 1845, the use of dental amalgam was officially declared to be malpractice, by the American Society of Dental Surgeons, which was the only dental association at the time. They pushed their dentist members to sign a pledge that they would stop using amalgam fillings. So what happened then, you ask? The whole association was replaced by the new American Dental Association, which then happily defended the use of amalgam dental fillings. Case closed.

Well, not completely, because some critics were going on all over the world, even until today. In the US, Professor Boyd Haley Ph. D., chairman of the Chemistry Department of the University of Kentucky, once protested against the use of dental amalgam, on the streets in front of the American Dental Association in Chicago. No proof of mercury poisoning effects whatsoever could stop the amalgam lobby.

The list of diseases and symptoms that can emanate from the use of dental amalgam fillings is extensive. Common effects from amalgam dental fillings are: brain fog, memory loss, neural degeneration, immune system disfunction, autism and much more. Mercury is transferred by women to their fetus and newborn.

How to get rid of amalgam fillings? It is considered best practice to leave the replacement of these fillings to specialized, so called “biologic” dentists. They know how to handle the poisonous mercury vapors. Also, find a good natural health paractitioner to assist in the procedure, determine the best timing for removal and create your personal detox plan.

European countries have very unequal policies concerning the use of dental amalgam. Shouldn’t it be forbidden as long as there are any doubts about the health dangers for citizens? Apparently in some countries amalgam is considered “safe”, while in other countries it’s not. If it’s poison, it’s equally poisonous everywhere though.

If this sounds like a lottery, that’s because it is. But at the same time it’s a reality. Don’t be born in the wrong country.

A few years ago I met Prof. Lars Hylander from Sweden, who is an amalgam expert and a specialist in heavy metal environmental cleaning. He told me that they were still trying to clean up the completely poisoned Ala Lombolo lake in Sweden. It was biologically dead from mercury, spilled by a dental clinic and a laboratory a long time ago.

In 2013, the European Commission is still biting its teeth in eternal doubt, whether amalgam fillings are safe or not. The latest EU laws concerning mercury are more about environment than about the direct health of the people, hence dental amalgam fillings.

On January 13th 2013, the United Nations agreed on a ban for most mercury containing products by 2020. So maybe there is some hope in the long term. In the meantime, watch your dentist carefully.

If you are aware of any updates about this situation in specific countries, please leave a comment. Thanks.

Pieter is a publicist of natural health issues for many years, on independenthealth.eu and other places.