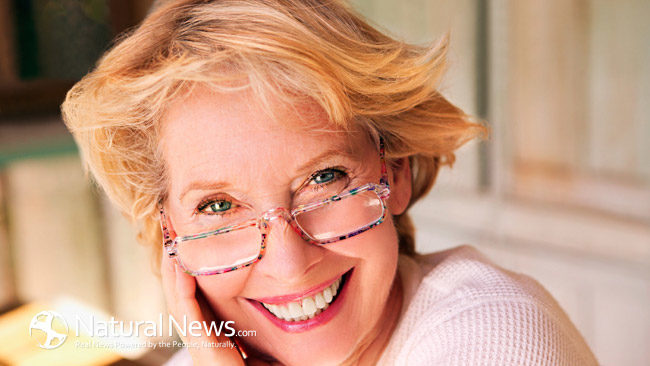 Beta-amyloid accumulation in the brain is popularly believed by many scientists and experts from various disciplines to be the sole cause of Alzheimer’s disease. This article explains that this idea can actually be very misleading. Please read on.

What is Alzheimer’s disease (AD)? It is a neurodegenerative disorder that leads to memory loss, cognitive decline, and death.  AD can occur in anyone at any age, however, it is most common among the elderly and is less prevalent in younger people.

There is no proven medication to cure or prevent the disease, possibly due to a lack of knowledge regarding the molecular mechanisms underlying the origination and development of AD.

Scientists do not yet fully understand what causes Alzheimer’s disease. There probably is not one single cause, but several factors that affect each person differently.

The CDC statement is surely a conclusion based on many studies that have been performed to date. Then, why do many scientists, doctors, and experts in various disciplines still put the blame on beta-amyloid as if it were the cause of AD?

Many scientists and experts alike have accepted the ‘amyloid hypothesis,’ in which the development of AD is believed to be triggered by the accumulation of the amyloid beta (Aβ, commonly known as beta-amyloid) protein in the central nervous system (CNS).

Generally, amyloid refers to misfolded peptides or proteins that demonstrate a stable and resistant to breakdown to smaller compounds. Amyloidosis is a condition in which amyloid, is abnormally deposited in various tissues or organs.

Thus, amyloid is thought to alter the normal function of tissues and cause serious changes in tissues and organs of the body. The amyloid hypothesis, however, has shifted in recent years to suggest soluble beta-amyloid oligomers, rather than plaques, are responsible for neurodegeneration.

Almost all clinical trials of new drugs to combat AD have so far failed. Is that so?

Time and again you have heard constant promises of a breakthrough. Unfortunately, when you check back a few months later all mention of the drug would typically vanish. It is publicized perhaps for a brief story about a failed trial.

The failure is not for lack of budget. Drug companies have poured billions into amyloid-blocking drugs with little success. In fact, the pharmaceutical industry has spent billions into research.

Eli Lilly alone, for instance, is said to have spent £3 billion over three decades trying to develop a successful drug.  The US National Institutes of Health has spent more than 500 hundred million dollars in pursuit of AD treatments.

Read these in order to know more about the drug companies’ failure,

After 190 Tries, Are We Any Closer to a Cure for Alzheimer’s?

Most research has focused on hypothetical disrupting sticky plaques caused by beta-amyloid accumulation outside neurons (a type of brain cells). When the plaques clog up the brain and destroy brain cells, neurons cannot transmit neurotransmitters to the next ones as they should which in turn impairs mental and cognitive functions.

The plaques are a build-up of beta-amyloid, so it is this very substance that most of the researchers have been trying to deal with. They think if they develop drugs that successfully inhibit from accumulating on the outside of the neurons, then Alzheimer can be prevented. Their uses in people with an early stage of Alzheimer’s are expected to slow down the disease progression and prevention may even be possible.

Back to Eli Lily’s story. The company’s researchers tried to attack the beta-amyloid precursors, in the hope beta-amyloid is not present to entangle with neurons.

Billed as the best hope yet, on the other hand, after the trial, the company concluded that the results of the early trial have failed to justify putting a drug on the market.

Was that a sign of the end of the amyloid hypothesis? Definitely, no.

Bryce Vissel, a professor of neuroscience at the University of Technology in Sydney and director of Neuroscience and Regenerative Medicine in the Faculty of Science was quoted as saying that researchers must urgently get back to the biology of this disease, He further asserted that it doesn’t mean throwing out the enormous body of work on beta-amyloid with the bathwater. Any holistic view of the data will have to account for it.

If accumulated beta-amyloid is to blame for Alzheimer’s development, then all people found to have built-up beta-amyloid in their brain are supposed to experience Alzheimer’s. Unfortunately, that’s not the case.

Karl Herrup, a neuroscientist at the Hong Kong University of Science and Technology, argues that the simple linear model that goes directly from amyloid to dementia has to be rejected because it has been tested in the clinic and in mouse models and proven to be untrue.

He further asserted that if the hypothesis were true, you would think that if you took healthy people and put amyloid into their brains, they would get Alzheimer’s disease. And, in fact, the evidence suggests that they do not.

Furthermore, doing the reverse by taking amyloid out of the brains of individuals with Alzheimer’s disease has been shown to have no significant effect on the symptoms or progression of the disease, he added.

What’s Good for Your Heart, It Turns Out, is Good For Your Brain

According to CDC, scientists are finding more evidence that some of the risk factors for heart disease and stroke such as high blood pressure, high cholesterol, and low levels of the vitamin folate may also increase the risk of Alzheimer’s disease. Evidence is also growing for physical, mental, and social activities as protective factors against Alzheimer’s disease.

You don’t have to wait for the Anti-Alzheimer’s Drugs or use inflammatory drugs suggested by your doctor. In fact, you can prevent and slow down AD by adopting a healthy lifestyle that includes doing things that prevent inflammation and don’t do things that promote inflammation.

By doing that, it not only help you steer clear of heart disease but may also help prevent and slow down the progression of AD.

Families who’ve given it to loved ones swear by it. Watch this video of how Dr. Mary Newport has discovered the benefits of using coconut oil to treat her husband’s Alzheimer’s Disease.

Pomegranate is stated in three different chapters in The Quran, the central religious text of Islam. Muslims believe that a three-time-mention of pomegranate in the Quran indicates its importance as a beneficial fruit to be used by humans for health maintenance and treating ailments.

From to time, studies have shown its many health benefits. That includes a study in 2014 that suggested that the anti-inflammatory punicalagin in pomegranates could battle Alzheimer’s.

Natura Eva, a busy client-service manager, has been living healthily by adopting every element of natural/holistic lifestyles she finds suitable. She enjoys travelling, seeing new places, and studying other people culture. She learns new invaluable things every day and loves to share her experience with her friends and the public