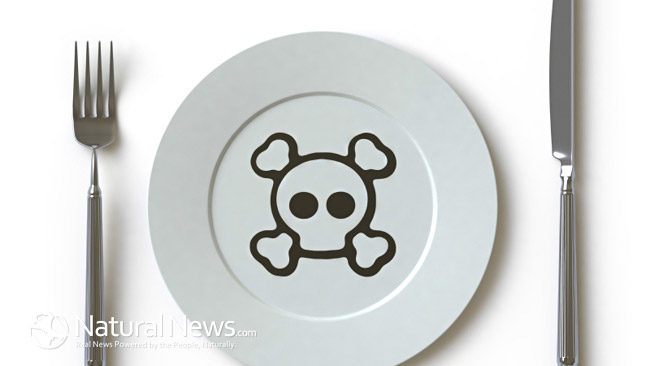 Aluminum is the most widely used metal on the planet, and is used in the manufacturing of numerous every-day products. Soda cans are aluminum, cookware is made from aluminum, and of course aluminum foil can be found in most kitchens. Aluminum is also present in aspirin, vaccines, antacids, baking soda, and even flour. It is even sprayed into our skies through chemtrails. Unfortunately, there a number of factors that can influence or provoke aluminum toxicity.

This overwhelming amount of aluminum means that our risk of exposure is higher than it ever has been. Unlike minerals, vitamins, and trace elements, the body does not need or use aluminum in any way. Aluminum accumulates in the brain, kidneys, liver, lungs and thyroid where it competes with calcium for absorption and can adversely affect skeletal mineralization. In infants, this can alter or inhibit growth. Several animal models have linked aluminum exposure to impairments of mental capability.

Why is Exposure to Aluminum Harmful?

Just as overexposure to UV rays degrade your skin and smoke from cigarettes damages lung function, aluminum is an attacker that targets your central nervous system. Studies show that toxic metals are contributors to brain diseases, as they produce oxidative stress. Aluminum is one of the worst offenders. The belief around the world is that aluminum is directly linked to degenerative brain diseases like Parkinson’s and Alzheimer’s.

The earlier symptoms of aluminum toxicity include:

Later symptoms can include loss of memory, paralytic muscular conditions, and mental confusion.

Aluminum is Terribly Bad for Your Brain

According to Washington DC’s Department of the Planet Earth, Canadian and United States regulatory agencies are interested in aluminum as a possible risk factor cognitive impairment in the elderly. This makes sense, as research shows that aluminum can produce toxic, oxidative stress within the brain. A brain autopsy study of elderly people found them to have average aluminum levels 20 times higher than middle-aged groups. The Agency for Toxic Substances and Disease Registry, part of the U.S. Department of Health and Human Services, acknowledges aluminum to be one of several metals that are known to affect the neurological system. Currently, the top concern with aluminum by these agencies is Alzheimer’s disease.

Many of the formal inquiries into the toxicity of aluminum are concerned specifically with its link to Alzheimer’s disease. Consistently, experts agree that aluminum exposure is a strong cause for concern.

Aluminum as an Occupational Hazard

Unfortunately, exposure to aluminum is common with some occupations like factory work, mining, and welding. Welding can be especially worrisome, as it produces vapors that, when inhaled, sends aluminum directly into the lungs in a “super absorption” status, where it is released into the blood and distributed to the brain and bones. Researchers have repeatedly studied the consequence of inhaling such aluminum vapors, and the results are not good. Effects on concentration and memory have been cited.

A study in Italy compared 64 workers that were exposed to aluminum dust with 32 that were unexposed and found significantly higher levels of aluminum in the employees that were and findings suggest aluminum to be the blame for early neurotoxic effects.

Reduce Your Exposure to Aluminum

Aluminum is one of the most abundant metals anywhere on earth, and has infested mainstream products to the degree that it’s virtually impossible to avoid exposure completely. However, you can take measures to reduce your overall exposure, such as:

If toxic metal exposure is of concern to you, consider performing a toxic metal cleanse, such as Thorne Research Heavy Metal Support, Zeolites Super-Z-Lite, or Zeotrex.

As difficult as it may be to avoid, it’s most important to be aware. Your knowledge is your greatest power when it comes to defending your overall health. Keep yourself informed and educated on the dangers and health concerns with anything that you put into your body. Always opt for organic foods with responsible packaging, and go for raw foods when possible, that will not require any sort of cooking.

2.) Occupational exposure to aluminum and its biomonitoring in perspective

3.) Neurotoxic effects of aluminium among foundry workers and Alzheimer’s disease