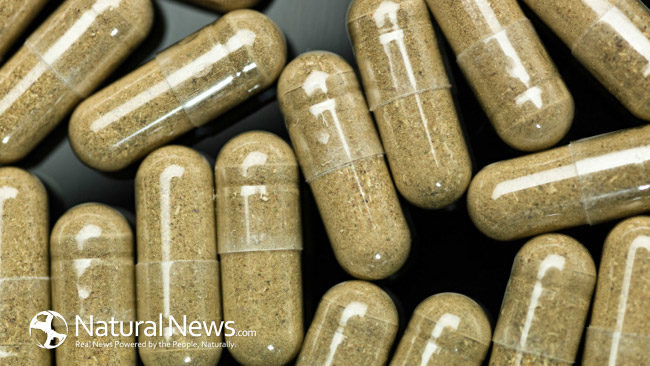 We usually think of miracle molecules as substances that we accidentally discovered to have potent drug properties that cured or greatly relieved individual suffering.  Penicillin, perhaps the most well-known such substance, was discovered by Alexander Fleming in 1929 and is still used today.  The disease paradigm that existed in that time period is very different from what we experience today.  Acute, life-threatening diseases are now well-controlled, but chronic debilitating diseases have become the norm.  The remarkable properties of the natural substance alpha lipoic acid make it the miracle molecule of our time.

A Change in Focus From Acute Disease to Chronic Disease

When penicillin was discovered, the primary focus of medicine was on the treatment of acute, life-threatening medical conditions.  In the early 20th century, the average life expectancy was short (50+).   There was little interest in treating the relatively few people who were dying of  “old age”.  This situation has changed as medical science has generally succeeded in keeping people alive by eliminating or treating many acute lethal conditions. And in so doing, science and medicine have created a longer-lived population that faces a great many age-related chronic diseases.

The Young Billionaires Make a Move

Our highly successful efforts to extend life during the past 50 years have awoken many of our young billionaires to their own mortality.  They are attempting a giant step forward, putting large sums into research on slowing or even stopping aging.  I suspect that they will make some progress and we will be hearing exaggerated accounts of their exploits.  The story fits well with our media that is fixated on the “fountain of youth” story-line.  I won’t recognize any of them, but suspect that we will be seeing all of the billionaires in the same afterlife we all transition to.  Unless frozen bodies somehow interfere with the normal process.

Like the young billionaires, I have developed a strong interest in healthy aging and longevity, based on both personal and professional circumstances.  The personal circumstance is that I am now in the ranks of the octogenarians.  This circumstance gives me the opportunity to experience aging on a personal level, and put some healthy aging theories to the test in my private, still mobile laboratory.  On the professional side, I am the Chief Science Officer for Ethical Alternative Products, the company that arguably makes the best alpha lipoic acid product currently available.

Alpha lipoic acid is well-known to our scientific community.  Many University-based researchers are  continuing to explore its beneficial effects on the human body. But for the most part ALA is unknown to the general public.  The exceptions are individuals who use ALA on a regular basis to treat peripheral neuropathies, insulin resistance (pre-diabetes), and compromised liver function.  Because it is not heavily advertised by large companies with large marketing budgets the public is unaware of ALA, and all of its beneficial effects.  This situation exists because alpha lipoic acid is a natural substance that cannot be patented. Lack of patent protection keeps big companies from heavily promoting a product that can be copied and sold for a lower price.  It may seem strange that you wouldn’t hear about a product with so many valuable properties, but the structure of our system precludes it.

How Can Alpha Lipoic Acid Help Me?

If you still doubt the importance of alpha lipoic acid in combating chronic diseases associated with aging, you can log on to the PubMed Database National Library of Medicine.  After entering PubMed, enter the term “alpha lipoic acid” in the search box at the top of the page. You will see a list of all scientific studies performed on alpha lipoic acid.  PubMed currently lists more than 4,500 papers on alpha lipoic acid, with this number increasing at a rapid pace.

When alpha lipoic acid was discovered (i.e., isolated and identified) by Dr. Irwin Gunsalas in 1951, it was recognized as an important factor in the process of energy production.  It wasn’t until many decades later that the other pro-health biological properties (in particular the anti-oxidant properties) were recognized.  Alpha lipoic acid is recognized as the “universal” anti-oxidant because it is an amphipathic molecule .  This means it has both lipid and aqueous regions that make it soluble in both the aqueous and lipid compartments of the body.  This property, combined with its ability to regenerate other anti-oxidants, makes it a superior choice for treating oxidative stress.  More recent research has revealed that ALA promotes glutathione synthesis, making its impact on oxidative stress even more robust.

Most health-conscious people have no idea if they are suffering from oxidative stress. We would have difficulty understanding why alpha lipoic acid supplementation would be beneficial to our health.  The amazing reality is that oxidative stress is part of the patho-physiology of most chronic diseases.  And even more amazing, alpha lipoic acid is rarely used to avoid or lessen the impact of these diseases.

Oxidative stress is defined as the endogenous imbalance between reactive oxygen species (ROS) and anti-oxidant molecules.  This imbalance can occur as a result of infection, inflammation, UV radiation, pollution, excessive alcohol consumption, smoking, and aging, among others.  The excess ROS or free radicals lead to molecular damage to cells and tissues.  The imbalance can be reduced by minimizing the sources of the free radicals, or by increasing anti-oxidant capacity.

The “free-radical theory of aging” was proposed by Denham Harman in 1956.  It postulates that the inborn process of aging is caused by the cumulative oxidative damage to cells by free radicals during aerobic respiration. Free radicals are unstable and highly reactive, as they attack nearby molecules to steal their electrons and gain stability.  Free radicals are generated in vivo primarily within mitochondria during mitochondrial electron transport.  While the “free radical theory of aging” has many believers, other theories have been advanced to explain aging.  It’s interesting to note that one of the more prominent current theories on aging, “telomere shortening” appears to be mediated by oxidative stress damage to the DNA end-caps during cell division.

Not a “Fountain of Youth” Drug, but a Steady Trickle of Pro-Health Biological Activity

The popular media is fixated on “magic bullet” drugs that will end the deleterious effects of aging.  Popping a pill on a daily basis, or getting a drug or “young blood” infusions on a monthly or quarterly basis can avoid these effects.  I have no doubt that this is the objective of the research programs being bank-rolled by the young billionaires.  In their ideal scenario humans would be able to consume the unhealthiest foods, and be able to avoid using their muscles during everyday activities. And in spite of these unhealthy practices would survive forever thanks to the magic bullet that our scientists will have discovered.  With due respect to the young billionaires and the Methuselah Foundation, finding that magic bullet isn’t in the cards for many centuries to come, if ever.

For the foreseeable future, I believe that alpha lipoic acid is the closest we will come to an anti-aging “magic bullet”.  Alpha lipoic acid is a naturally occurring substance that doesn’t have the robust pharmacological effect associated with synthesized drugs.  It also doesn’t have the harmful side effects that are almost always a part of the biological effects of drugs.  Alpha lipoic acid is a strange and remarkable molecule.  The small quantities that are produced by the body act as a co-factor in energy production by the mitochondria.  When excess quantities of ALA are consumed, there is little or no effect in energy production, but oxidative stress is reduced.  Because alpha lipoic acid acts as an anti-oxidant in lab experiments, we assume that it acts as an anti-oxidant inside the body.  It’s now known alpha lipoic acid stimulates glutathione production and may exert its anti-oxidant effect through this pathway.

Oxidative Stress is the Common Connection

Oxidative stress is involved in the pathology of most chronic diseases.  Administering a substance that counter-acts these effects would seem a logical course of action.  Alpha lipoic acid fulfills this need admirably, as it is soluble in the lipid and aqueous compartments of the body.   And it stimulates the production of our natural anti-oxidant molecules.

Where Can I Get This Incredible Pro-Health Product

Gerald Bruno, Ph.D. is an active senior, well past retirement age, and Founder and CEO of Ethical Alternative Products. Dr. Bruno has an avid interest in expanding our health-span (healthy aging) through positive health-promoting lifestyle choices and judicious use of nutritional supplements. Ethical Alternative Products manufactures and sells several products that support healthy aging, that include ThioGel solubilized alpha lipoic acid with enhanced bioavailability, and the multi-ingredient OmniFlex joint health product. Dr. Bruno recently completed the course "Why Do We Age? The Molecular Mechanisms of Aging" conducted by the scientific staff of the European Research Institute for the Biology of Ageing (ERIBA) at the University of Groningen (Netherlands).