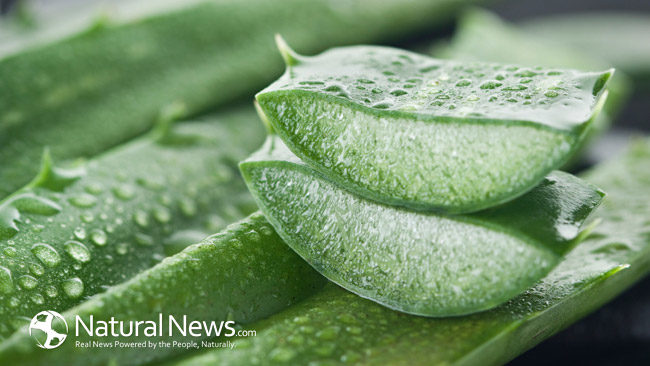 One alternative medicine frequently sought to treat diabetes and other adverse health conditions is the aloe vera plant.  For centuries, this amazing plant has been used for a variety of medicinal purposes — including treating diabetes, cancer, skin care, weight loss, psoriasis, sunburns, and more.

Recently, there was a pooled analysis of nine studies that examined the effect of oral aloe vera in people with diabetes and pre-diabetes.

Here’s more on the recent findings — plus, remedies and other medicinal uses this wonderful plant has to offer.

Today, the aloe vera plant has been used for various purposes in dermatology, as well as other natural health remedies.

Aloe vera has been used as folk medicine for centuries.  The people of India, Mexico, Japan, China, Egypt, and Greece have used aloe vera for a variety of medicinal purposes for thousands of years.

Historically, aloe was used topically to heal wounds and for various skin conditions.  Today, aloe vera is used as an alternative remedy for a variety of conditions, including diabetes, asthma, epilepsy, and osteoarthritis.  Aloe vera has been found to be useful in the treatment for seborrheic dermatitis, psoriasis vulgaris, and genital herpes, as well.

Diabetes is a global epidemic and a leading cause of disease and death.  Recently, there was a pooled analysis of nine studies that examined the effect of oral aloe vera in people with diabetes and pre-diabetes.  The analysis is the work of researchers at the David Grant USAF Medical Center at Travis Air Force Base in Fairfield, California.  They reported their findings in The Journal of Alternative and Complementary Medicine.

In the United States, the authors note nearly 21 million people have diabetes.  The cost of treatment and loss of productivity in 2012 due to diabetes was $245 billion. The global cost is expected to “exceed a staggering $490 billion” by 2030.

The researchers note, “The data suggest that patients with an FBG ≥200 mg/dl may see a greater benefit.”  This group saw an average FBG reduction of 109.9 mg/dl.

More importantly, the results of this analysis “support the use of oral aloe vera for significantly reducing both FBG (46.6 mg/dL) and HbA1c (1.05%) in prediabetic and diabetic patients.”

Fewer than half of the patients with type 2 diabetes have their disease well controlled.  However, there is a need for new, affordable, and effective medications — without unfavorable side effects.  Estimates are that up to 49 percent of diabetics have taken dietary supplements or used other forms of complementary and alternative medicine in an effort to treat their diabetes or other health condition.

This recent analysis suggests there should be further investigations of the medicinal plant as an anti-diabetic compound.

Aloe vera does not have just one ingredient that makes it healthful.  Different compound groups of nutrients work together to make the aloe vera plant effective.

The plant is quite useful across a wide spectrum of conditions.  The various elements that make the aloe vera plant so effective are nutrients rather than drugs.  The juice may complement medicinal treatments.  Some cancer patients are noted for saying the aloe vera plant helps to reduce nausea and increase energy.  Additionally, the aloe vera plant may also minimize low blood counts caused by chemotherapy or radiation, according to some reports.

In the future, controlled studies are required to prove the effectiveness of aloe vera under various conditions.  Nevertheless, the aloe vera plant does provide a number of health benefits worth noting.