All You Need to Know about Yacon Syrup 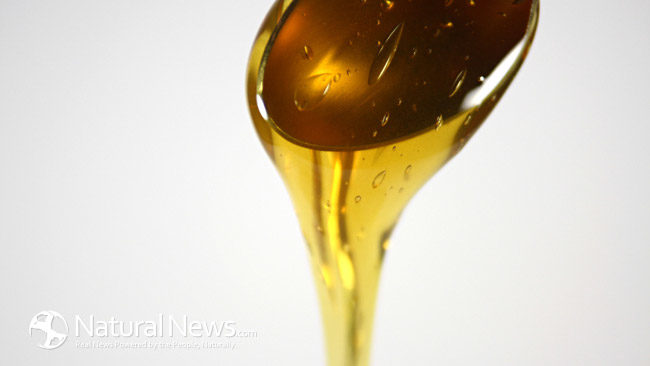 Yacon syrup is extracted from the root of the yacon plant, a sunflower relative that is native to the Andean region, and which has been part of the Peruvian diet for hundreds of years now. The plant is known for its multiple health benefits, and its syrup is a great natural substitute for sugar. The flavor of this raw sweetener reminds one of honey or molasses, with a similarly thick, rich texture. The syrup is glucose-free and extremely low in calories – only 20 per tablespoon. It is a great choice for people suffering from weight issues, heart problems and diabetes, or simply those seeking to add healthier elements to their diets.

The Study by Dr. Oz

In the Metabolism Game Changer episode of his show on November 4, Dr. Oz brought everyone’s attention to the otherwise relatively unknown in North America… yacon syrup, describing it as a promising weight-loss tool he spent a while searching for. He asked 60 women to take a teaspoon of the syrup three times a day for four weeks, during or before every meal. Forty women completed the project, 29 reported some weight loss as a result, and 14 of them have lost more than five pounds. Out of the 40, 27 women said they would recommend taking the syrup as a weight-loss tool.

Dr. Oz had some scientific evidence to back up his claim, including several prior studies done on the subject matter. The 2009 research by Susana Genta, published in Clinical Nutrition, included 55 Argentinian women who suffered from obesity, taking a similar amount of syrup every day as the women in Dr. Oz’s study took. The 55 women were also asked to slightly reduce their daily intake of calories and take two 45-minute walks every week during the study.

After four months, the women taking yacon syrup lost 33 pounds on average, while the women who only reduced the calories and did the basic walking requested of them didn’t lose any weight at all. The first group also experienced a drop in LDL cholesterol, or bad cholesterol, better insulin levels, constipation relief and overall increase in bowel movements. No significant negative effects were found.

While the studies conducted on yacon syrup so far are promising, the problem is that there haven’t been many of them done yet. For this reason, Dr. Oz asked for opinions of several other experts in the field, to either confirm or debunk his theory. Dr. Mike Roizen noted that while there are some flaws in the structure of Genta’s study in Clinical Nutrition, the overall results are impressive and merit a more extensive research in the future. He said yacon syrup was worth trying for people who reached a weight-loss plateau, but that continuous exercise, and avoiding bad foods and stress is still a must.

Dr. Caroline Apovian said that it was hard to judge the effectiveness of the syrup quite yet, considering that neither of the trials carried out to date have been controlled. She also mentioned that severe flatulence was shown to be a side effect in several participants, causing some to drop out of the study. But she believes it’s worth doing more research to determine if yacon syrup can be a good alternative sweetener for people with type 2 diabetes and obesity.

A combination of silymarin and yacon has been shown to have a positive effect on cholesterol and blood sugar levels, preventing fat build-up inside the liver. Instead of raising blood sugar levels, as it is expected from any other sweetener, yacon syrup can lower them thanks to its ability to suppress the appetite and let you feel satiated sooner.

The syrup contains natural prebiotics, promoting the growth of healthy bacteria in the gut, assisting the digestion process and boosting weight loss. Its low caloric value and cholesterol-lowering abilities also contribute to this process, helping you shed the pounds even further. Several studies have shown that yacoplant has cancer fighting properties, promoting the early death of cancer cells in people with colon, skin and blood cancers, among others.

Coconut nectar is another natural sweetener popular among people trying to avoid refined sugars for health or weight reasons. While it’s glycemic index rating of 35 is considered low, it is still relatively high as compared to yacon syrup, which is rated somewhere between 1 and 0 on a glycemic scale. What this means is that coconut nectar can cause a very insignificant increase in your blood sugar level, while yacon syrup doesn’t cause any such increase at all.

Both have a low fructose level, with only 10% in coconut nectar and 7.9% to 25.4% in yacon syrup. Both of them are natural sweeteners that are most beneficial in their raw form, and both are a lot better than any type of sugar or its artificial substitutes. Because of the low glycemic index rating, though, yacon syrup seems to be somewhat more appropriate for people suffering from diabetes and liver issues.

There are many ways in which you can incorporate yacon syrup and the plant itself into your diet. Known as Peruvian ground apple, the fruit can be consumed raw. You can eat it by itself, as you would an apple, or mix it into salads. Make sure you only eat the roots, as the leaves could be toxic. When it comes to syrup, you can substitute it for sugar in deserts, mix it with your drinks such as coffee or tea, and add it into yogurt. Try replacing a tablespoon of maple syrup for yacon syrup next time you make pancakes. Their texture is very similar, and the yacon syrup’s taste is just a little less sweet, but more satiable in the end.

Where to Buy Yacon Syrup

There are plenty of places across the web that have Yacon syrup available. While the Dr.Oz Show indicates that they do not endorse a specific product it is generally accepted that a “truly raw” yacon syrup product should be used over any other for the most nutrition. With that said, Amazon, at least the U.S. store has both raw and non-raw yacon syrup available. The above link is my referral link and I will receive commissions if anything is purchased as a result of visiting that link.