Alcohol Is Being Replaced By Herb Kratom as Social Lubricant 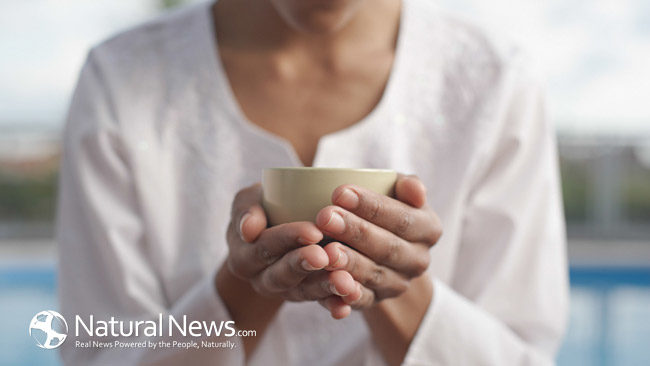 Alcohol and opportunities to socialize with it are ubiquitous in Western societies. However, the National Institute of Alcohol Abuse and Alcoholism tells us that in 2012, 7.2% of American adults had an alcohol abuse disorder (AUD). Approximately 855,000 adolescents 12-17 years old also suffered from this, as of 2012.

Besides its widely recognized potential to harm health and cause weight gain, drinking alcoholic beverages can also cause legal problems, even when used in moderation. A DUII can be expensive, with higher insurance payments only part of it.

This blog is not intended to be judgmental. For whatever reason, alcohol fills a place in our hectic, stress-filled modern life — and having a drink is a popular socially-approved safety valve to release that stress temporarily — but, for some of us, alcohol doesn’t work so well.

Having Another “Social Lubricant” Besides Alcohol Would Help

Some people find cannabis a good alternative intoxicant, though it has its own problems caused by illegality and the fact that it is a powerful herb and is not always conducive to use at work.

Many of us have trouble controlling our use of alcohol to one degree or another, whether we are aware of it or not. Sometimes, we can keep our drinking under control, but other times, it’s like we stepped into another world where none of our usual rules of conduct apply. Any set rules, learned by harsh experience, are carelessly thrown aside and — from that point on, all bets are off!

The Jimmy Buffet song, “God’s Own Drunk” will aptly describe the feeling for those who aren’t familiar with it, but alcohol abuse comes with a heavy physical price, usually the next morning (if not sooner). For those who can drink moderately and can honestly feel no bad after-effects, this article doesn’t necessarily apply to you.

Since much of our use of alcohol is a response to pain, whether physical or emotional, kratom makes sense as a gently energizing alternative that has mood-improving qualities, while not causing inebriation when used responsibly.

Much has been written about the use of the herb kratom and it’s help in the cessation of opioid dependence and addiction, but we don’t hear much about the good influence kratom seems to exert on us in restraining our alcohol use. In this blog, we will examine this benefit which modern-day prohibitionists seem unaware of.

The Irony of Alcohol’s Acceptance, While Our Media Reviles Kratom

Alcohol, although perfectly legal and regulated, is nevertheless widely abused. It kills about 88,000 U.S. residents a year, according to CDC figures. And yet all we hear from the mainstream media is talk of how kratom MIGHT do this and that, while alcohol and tobacco are like serial killers running wild in our culture, free to advertise their purported benefits to unsuspecting youth.

Now, at what coincidentally is both the start of the Summer driving season and the Summer Beer-Drinking season, we might be wise to decide if alcohol drinking is a personal habit we want to maintain at current levels.

For those who have tried to reduce their consumption and found it difficult, the experiences of the kratom consumers below might be helpful. (Please Note: Nothing here is intended to be medical advice. If you have a physical addiction to alcohol, please consult with appropriate medical professions for help with withdrawal. It can be fatal.)

Manuel: I have been drinking chronically since 16, with the consequences to show. I knew I needed to quit but I could never resist the temptation when it came, often every couple of days. Having found Kratom I realized I didn’t feel the need to drink, nor crave it as I always had before. In the time I have been taking Kratom I haven’t slipped up once. Drinking is no longer a problem, and I owe this to Kratom. It’s turned my life around.

“With Kratom it was absolutely no problem. I was amazed and still am at how easily I gave up the drink, even before I had tried everything, including AA for years. Nothing worked. With Kratom and the will I already possessed it was surprisingly easy. Kratom is possibly the cure for all addiction. I am certain of it. It’s a catalyst of positive change.”

Jennifer: I didn’t even realize how much Kratom kept me from wanting alcohol until the ban (of kratom in her state)! The states that have it still, should set up a study on this!!! so many lives could be saved from this alone!!!

Blake: “Before kratom, for about 3 years, I would drink pretty regularly. I would drink most nights, actually. I wasn’t addicted to it, I just really liked to drink beer. Since I started kratom my desire to drink has gone completely away. I don’t drink at all anymore.”

Pam: “I really can’t tolerate any alcohol anymore, as compared to the easy 6-12 pack consumption pre-“hamster wheel” insanity that WAS MY LIFE…during my personal drug dependency journey. My journey thru enlightenment is nothing short of amazing.”

Jim: “It’s been a night and day difference for me.”

Josh: Alcoholism runs in his family and killed his father. Kratom helped him beat the urge, he told me on the phone.

Leah: “I was never a big drinker, but would have a couple drinks or beers on the weekend with my husband. Since I found kratom, I have no desire to drink at all. I can definitely imagine that it (Kratom) would be extremely helpful for people who drink regularly! I didn’t make the connection between the two until I saw multiple other people say they have had the same experience.”

Justin: “I was never a drinker but definitely indulged and I haven’t even wanted a drink since I started using Kratom years ago. Just doesn’t sound good at all.

I was thinking about this yesterday and was wondering why nobody is putting this in the spotlight. It’s a huge thing.”

Gina: “I’ll get my mom in on this. She’s using kratom as we speak to help her stop drinking.”

“I have quit and started again a couple times but I’m determined to maintain a healthier lifestyle now! Kratom is also what started me down the natural living path so it has literally changed my life in many ways.”

Bambi: “My fiance was a heavy drinker. He consumed a half gallon or more of vodka daily.He stopped for 6 yrs and then started back up heavily.I got him on kratom and he takes it daily and drinking never even sounds appealing anymore.It was an instant turn around.”

Susan: “I used to keep wine coolers in my fridge and drink several a week because I “needed to unwind”. There were some days that I just felt like I needed to have one because it was so stressful. Certainly not a problem for me by any means, but one of the things I suddenly realized after I started Kratom was that I no longer felt the need to keep wine coolers in the fridge. Now when I buy a 6 pack of them they last months instead of a week.”

Beverly: “I’ve cut back to one glass 3 nights a week, instead of 1-2 a night. Kratom helps me with relaxing and anxiety– it was surprisingly easy to cut back.”

After considering all the death, injury, property damage and violent criminal behavior that is caused by the legal consumption of alcohol, it doesn’t seem right to ban a natural plant that helps so many people control their attraction to a far more dangerous substance — Alcohol.

If it is legal to sell a poison — ethanol — to any adult in most parts of the United States, why shouldn’t it be legal to also sell a healthier alternative to that poison?

Paul Kemp frequently writes about the widely misunderstood, but promising herb, kratom, and the commercial competitors that seek to have it banned. To learn more about the many uses of kratom, use the search box at Blogs.NaturalNews.com to find his other writings on the topic.

NIH: “Alcohol Use Disorder Is On the Increase”

Want To Show Your Support for Kratom Legality? Visit Http://iamkratom.com