How Alcohol Affects The Body 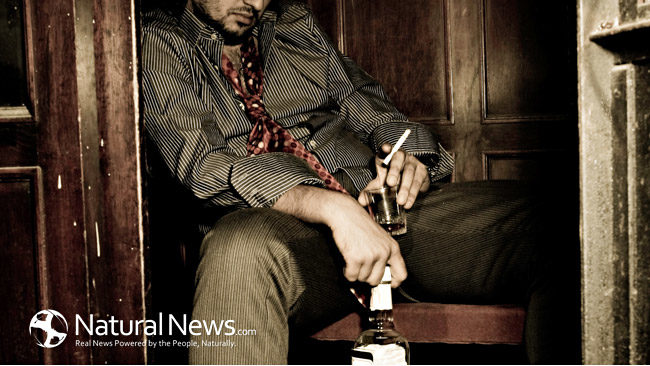 There’s nothing like a good night out with the guys or the girls. Get a great buzz going, and we’ll dance the wee hours away and develop a whole new appreciation for late night pizza and burrito binges. It’ll be fun, for sure, but that may not be the case the hangover the next morning. So how is it that something enjoyed by so many can have such a rough consequence? How does alcohol impact the body?

We drink for the buzz, and that’s all thanks to the effect of alcohol on the brain. Drinking gives us an initial increase in serotonin and endorphins that has us feeling groovy and even provides a mild euphoria, but this comes at a cost.

The neurons within our brains rely on chemical neurotransmitters to send the messages that produce our body’s responses.  Alcohol impairs this relay of messages which causes basic functions like speech, movement, and thought to slow down. The more we drink, the more we’re impaired. Should we pick up regular drinking habits that surpass the daily limit (three 5oz 5% beers for men and two 5oz beers for women), then we may change our brain size and cause a shrink in brain mass.

When we drink alcohol it goes into our bloodstream where it is then processed by the liver. The metabolic and filtration powers of this organ allow it to only metabolize so much alcohol within a period of time, so when we exceed the liver’s limits our blood alcohol level rises and brings a buzz along with it. Luckily, we have this organ to break down alcohol and eliminate it from our bodies, but this task doesn’t come without consequences.

Metabolizing alcohol produces toxins that damage our liver cells. Chronic heavy drinking and binge drinking provokes the build-up of fat within the liver which compromises it function and can lead to alcohol-induced liver disease and impaired filtration (which may allow harmful toxins to make their way to the brain).

From there, serious conditions like alcoholic hepatitis and cirrhosis of the liver may develop. It was once believed that cirrhosis was limited to alcoholism and chronic binge drinking but a 2015 study reported in the Journal of Hepatology suggests that daily drinking comes with big risks of serious liver disease. Rest is as much appreciated by us as it is by our liver.

This little organ is well known for it’s role in blood sugar regulation, but it also has an important part in digestion. A typical pancreas sends digestive juices and inactive enzymes into the small intestine where they’re then activated and used to break down foods. When alcohol gets involved, the enzymes can be turned on before exiting the pancreas. And while these enzymes may work well within the small intestines, they aren’t so helpful with pancreatic function.

These powerful digestive juices can damage our cells and impede the metabolic processes using insulin. In addition, the process of breaking down alcohol produces acetylaldehyde; a harmful toxin that attacks the DNA within our cells and inhibits any repairs. Lean towards heavy and consistent drinking and inflammation will lead to an ailing pancreas that has increased risk of pancreatitis and pancreatic cancer.

There are concerns about drinking on a daily basis, even within the recommended limits, because it keeps toxins coming that inhibit full organ repair and regeneration. However, regular binge drinking and prolonged heavy drinking get the spotlight. This habit of drinking is something that can easily sneak up on us too. If you’re concerned that your or a friend may have damaging drinking habits, learn more about the signs of alcohol abuse so that you can take steps to address it. Alcoholism has so many causes and symptoms, and it can be challenging to recognize and admit to. No one has to feel ashamed or go about it alone though. The world is full of people and programs ready to help.

Beyond Hangovers: Understanding Alcohol’s Impact On Your Health by the National Institute On Alcohol Abuse And Alcoholism

Ash Stevens is a mother, writer, and a wannabe shaman. She loves health, gardening, simplicity, culture, chocolate, and sarcasm. If she isn’t writing or pondering up multicultural cheats to happiness on her blog, then she’s surely playing badminton with the kids. Find her on Twitter or Facebook and make a new friend!