Aging is Inevitable, luckily Lifestyle Intervention may Help Slow it Down 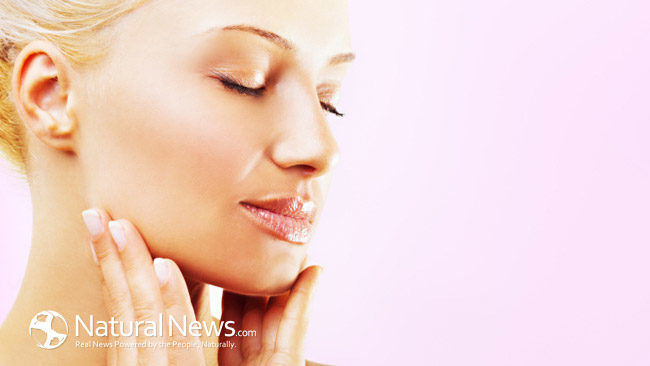 Anybody living in this world cannot avoid of growing old. Many people may assume that aging is simply physiological changes or transformation experienced by anyone, however, the truth is that it also affects mental and emotional aspects of life.

Although the aging process is natural and cannot be stopped, there are ways for us to slow down the process. That being said, it is essential to understand what is aging before adopting suggested tips that might be helpful in decelerating the process.

There is no definite definition of aging as it is a very complex phenomenon involving several determinants, including biological, behavioral, and social factors. It may generally be defined as a group of symptoms, which involves a gradual decline in the efficiency of bodily systems.

To date, many scientists have looked into many possible causes of aging from many perspective, including changes in DNA sequence during replication, DNA mutation due to mutagen attacks, errors occur during DNA repair and accumulate as we age, and deterioration of DNA repair machinery.

Still, other possible cause of aging are the changes of the composition of the gut microbiota and decreased levels of a critical coenzyme for enzymes that fuel reduction-oxidation reactions, nicotinamide adenine dinucleotide  (NAD).

Increased inflammation and high free radical levels are among possible causes of degeneration of the cell and its components, including DNA, mitochondria, and telomeres. Degenerative diseases such as obesity, diabetes, heart disease, Alzheimer, inflammatory bowel disease, rheumatoid arthritis, and cancer are believed to cause those who experience them age much faster than those who are healthy.

It is because those diseases are associated with oxidative stress, which eventually leading to free radical attacks on cells (cause oxidative damage). Chronic stress and toxin build-up  in the body due to sluggish detoxification is also said to increase oxidative stress.

Matt Kaeberlein and his colleagues believe that age is the greatest risk factor for nearly every major cause of mortality in developed nations. They voice their concern regarding several government agencies that focuses on individual disease processes without much consideration for the relationships between aging and diseases. They “propose that greater emphasis should be placed on research into basic aging processes because interventions that slow aging will have a greater impact on quality of life than disease-specific approaches.”

The authors further argue that

“…..despite significant advances in management, we have been largely unsuccessful at postponing, ameliorating, or preventing the accumulation of morbidities during aging. As a consequence, people are living longer but often suffering from multiple diseases or disabilities of aging. This has important societal and economic implications. Many families struggle to care for elderly relatives who survive with reduced quality of life for years or even decades, while nations devote an increasing proportion of finite resources toward medical care for aging populations.”

Their concern is very true indeed.

Adopting healthy lifestyle throughout life is so crucial in order to live longer, stay active and healthier.

Base your diet on real, whole foods as they are loaded with all the necessary nutrients, which are essential for sustained regeneration of cells and replenishment of neurotransmitters, hormones, and enzymes.

Foods like meat and fish, poultry, dairy, eggs, fruits and vegetables, nuts and seeds, and potatoes and sweet potatoes are believed to serve the physiological needs. Whenever possible, take organic foods as they offer more nutrients and lesser chemicals.

All the aforementioned foods and most herbs are highly bioavailable, meaning they are easily absorbable.

Saturated and monounsaturated fats are said to be much better choice than polyunsaturated fats for cooking purposes as they get less easily oxidized when exposed to heat. Take broil meats once in a while as charred foods contains high levels of polycyclic aromatic hydrocarbons (PAH) that promote inflammation. Cooking oil heated at a high temperature as used in deep fry is also said to contain high PAH levels.

Avoid overeating, ultra-processed foods, foods causing inflammation, and food reactions as much as possible as they can cause oxidative stress. Avoid adding table sugar to your foods and drinks as much as possible. Little use of it might be OK as a high amount taken regularly for a prolonged period may cause deleterious effects to health. Fruits high in sugar contents such as ripe watermelon, cantaloupe, and banana should be taken in moderation or avoid them altogether if you suspect they cause overweight or increased blood glucose levels.

When you get sick go see a doctor in order to get you health condition diagnosed. Avoid taking prescriptions unless when really necessary or unavoidable. There are many types of alternative medicines that may be used as substitutes. Be aware that many prescriptions especially antibiotics, chemotherapies, statins, and antidiabetics could be detrimental to your health and eventually may accelerate aging if taken for  a longer period.

Nowadays, it is a fact that everybody has to deal with so many kinds of stressful events that occur almost every day. Prolonged stress is said to cause chaotic hormonal balances, for instance, increased cortisol levels, which is associated with  the formation of many degenerative diseases.

Psycho-emotional well-being plays a vital role in maintaining super healthy body and mind. If you believe in any religion, having good faith and sincerely practicing the religious teachings may promote a peaceful mind.

If you are a working person and have very busy schedules throughout the weekdays, spending more time with your family and pets, talking to your neighbor, and socializing with peers might help relieve stress.

Our body is composed of roughly 70% water. Always be sensitive to your body cues telling you the need for water replenishment according to daily physical activities, or how much sunshine you are exposed to (depends on the region you live in). Take most of your water in the form of spring water as it is rich in minerals.

Drinking enough water every day will help in flushing out toxins from the body. Herbal teas such as Gotu Kola or Chrysanthemum teas drank throughout the whole day are acceptable. They not only replenish water but may also help relax our brain, muscle and aid digestion. In the long term, all these are beneficial in slowing down aging.

Imbalance of the composition of the gut microbiota between good and bad ones has long been shown to cause many inflammatory conditions. Nutritious foods are believed to help maintain a balanced composition of the gut microbiota, on the other hand, ultra-processed foods, sugary foods/drinks, food intolerance and prescriptions such as antibiotics cause the imbalance leading to inflammation. Chronic stress and unattended irritable bowel diseases are also believed to produce a similar result.

Moderate exercise such as walking, jogging swimming done at least 30 minutes per day done 3-5 times per week may be sufficient for busy people to maintain good health. Recently, there has been a suggestion from many experts that one should perform their daily task by doing more standing position rather than sitting the whole day in order to lengthen lifespan.

Sleep plays a vital role in good health and well-being throughout your life. Studies found that adults should get between 6-7 hours of sound sleep every day in order to prevent diseases, hence, results in healthier life.

Rasayana is a term in Sanskrit word  in early ayurvedic medicine refers to the science of lengthening lifespan. Many tonic herbs, especially when carefully blended based on its alterative as well as an affinity for multiple organ systems is believed to act as rasayana. Triphala, a blend of three popular herbs prescribed by Ayurvedic practitioners is an example of rasayana. In fact, it is regarded as an important rasayana in Ayurvedic Medicine.

If you think your overall diet does not provide sufficient nutrients, you may decide to take supplements along with your daily diet. Choose supplements that are made of real foods as much as possible. Please remember that supplements aren’t intended to be a food substitute as they cannot replicate all of the nutrients and benefits of whole foods, such as fruits and vegetables. So, take them wisely.