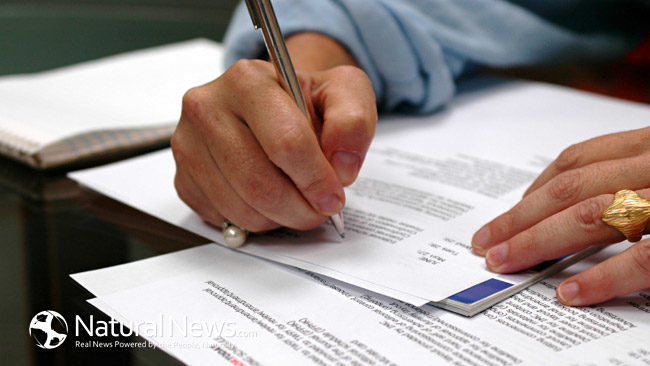 For six seasons during January 1996 and May of 2001, 3rd Rock from the Sun provided absurd perceptions of humans as noted by alien life forms. This was thought by some, but many found the sitcom quite humorous. Personally during that time one was held within the grips of major depression and found little humor in most programing.

Recently, however, after having noticed an advertisement relative to the sitcom it peaked one’s linguistic interests primarily within the first few moments of the pilot episode. During a conversational exchange among the alien family while sitting in their convertible, commentary is made relative to the Human “Race,” primarily regarding the term “Race.” Dick questions as to why humans refer to themselves as the “Human Race,” and as to whom has engaged them in competition and looks to beat them (Turner, Turner, & Burrows, 1996).

This remark alone struck a chord because if one hears the word “Race” today, generally one thinks of where a person or group belongs within the context of origins. This is folly as “Race” initially and more correctly is defined as running and more so having to do with speed. This definition was brought about during the 14th century (Merriam-Webster, 2008). While this is the noun, the verb that came about in the 15th century is defined as a competition due to speed (Merriam-Webster, 2008). Yet, in the 16th century was somewhat redefined  relative to a “Breed” or breeding of stock animals; however, since humans are categorized as animals this places an ambiguous meaning on “Race” related to a person’s origin (Merriam-Webster, 2008).

This in no way ended, in the 19th century and actually just a few years prior to the Civil War, “Race” was introduced joined with another word – Master, which conjoins to be the “Master Race” so it covers the use of owning slaves. A few decades after the Civil War, and still within the 19th century the first “Race-riots” took place as some could not release their desire for servants or more appropriately slaves (Merriam-Webster, 2008).

While a slight progression of how the word “Race” came to be designated, and erroneously so, with a person’s origins “Race” itself has twenty definitions in relationship primarily to competitions except for the few mentioned here (Merriam-Webster, 2008). Furthermore, if one takes a college culture and ethnicity psychology course, they are taught that the term “Race” is ambiguous as it reflects a person’s origins. Therefore, in this age of Academia’s supposed greatness, why has this not been corrected to reflect its true meaning?

Could it be that the terms derivatives provide benefit, be they negative, both in monetary and “controlling” ways! In the opinion of the writer, it is an emphatic YES!!!

Most individuals have a semblance as to the definition of the words they utilize, yet they rarely bother to look beyond that semblance. Why? Usually due to someone of knowledge, authority, or familiarity has given them their “perception” of a word.  Perception is what one considers something to be and is not the reality of its actual meaning. Yet, most of us accept it as fact unless maturity begins to question these so-called facts, which the writer has begun to do. Since the maturity of age has bestowed this, it prompts one to educate those that misguidedly “throw about” the term “Race” and its derivatives.

It is the derivatives that are of most concern because they are used frivolously for another’s gain, and generally more to control either people and/or personal agendas. This is not only Shameful, but Sickening!

During the Civil War the term “racial” was used as an adjective related to a minority or equality. Even though President Abraham Lincoln provided the Emancipation Proclamation ending the War and most slavery an ambiguous “theory” began to develop. The “theory” would become known as “racism” in 1907, which meant “a theory that race determines human traits and capacities” (Merriam-Webster, 2008).

It is hard to come to terms with how a competition developed into human traits and capacities except if one equates it to “Breeding”, which primarily related to stock animals. Yet, humans are not “stock animals” except possibly considered as such by those that utilized certain groups as slaves (Merriam-Webster, 2008).

In the 1930’s the terms “racialize, racism, and racist” developed or grew more within the vocabulary (Merriam-Webster, 2008). While it might seem that these were held more within the United States to repress or refer feelings towards the “Black” man; they actually materialized more under Hitler and his Nazi regimen against the Jews.

This is not to say that the “Black” man has not suffered through repression or slavery during the years since. This does make note though that statistically the Jewish people lost millions during the Holocaust under Hitler and these were all “White” except they lacked blond hair and blue eyes as that was deemed to have been the traits for a “superior race.”

In conclusion, it is a personal belief, that those who utilize or spew these terms hold prejudice within their own hearts, but cannot come to realize it as such. Additionally, those that considered themselves to be so damaged by slavery actually are erroneous in their thought process as many of their ancestors had no real connection to the slavery of old.

In contrast to then, slavery does continue today. It no longer is called slavery, but “trafficking”. It is also more prevalent among those of Latin, Spanish, and Haitian descent. Even those of Oriental descent have fallen prey to this Shameful practice primarily used as “sex” slaves for the pleasure and joy of many from differing walks of life.

Therefore, consider your words before you project them towards others. Take an introspective look for you may be the one that is truly prejudicial!

Retired owner/CEO of Wordwings Services the purpose of which was to provide all individuals with a knowledge base to support a healthy lifestyle by educating on nutrition, diet, and exercise. Additionally, educated as to how career choice balances within lifestyle to promote satisfaction within life and positive well-being. This however could only be accomplished when combined with academic knowledge, therefore tutoring and other support services could bolster one's success in their endeavors.

While this was the primary Mission of Wordwings Services, our personal goal was to educate individuals on societal understandings so all could realize their dreams afforded through the Rights of "Life, Liberty, and the Pursuit of Happiness". These Rights are bestowed upon all through birth by our Creator and emphasized within the Declaration of Independence /Bill of Rights.

In addition, we are a perpetual student of Psychology that allows for research to explain the human condition. We welcome and are available for lectures.