A Nation in Ruins 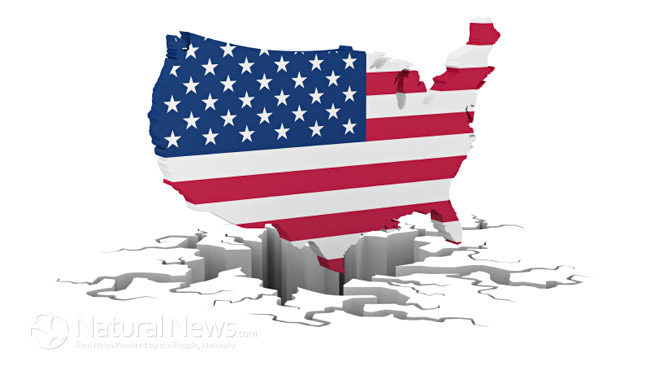 A Nation in Ruins
A few weeks ago I was writing a new article that I was hoping to have online in a day or two. It centered around the Smith-Mundt Act being repealed in 2012, a topic that seemed interesting to say the least. By repealing the Smith-Mundt Act the U.S. government eliminated any prohibitions preventing it from creating and using propaganda against its own population. I found it intriguing that the Smith-Mundt Act was repealed immediately before so many bizarre events took place; many of which seemed as though they could well have been pre-staged fabrications.

My intrigue was heightened to a fever pitch when I saw that the journalist who broke the story, which was published in Business Insider, was a certain Michael Hastings. Hastings, a contributing editor for Rolling Stone and BuzzFeed, would be killed very shortly after in a well-publicized and highly suspicious car accident after telling friends and associates he was ”onto a very big story” and needed to ”get off the radar” for a while.

Without question my curiosity was piqued. My sleuthing hat sat firm upon my cranium and sparks were flying from my fingers as I furiously pounded away on my unfortunate Hewlett-Packard Pavilion. Another pot of coffee was brewing and I was ready to share my discovery with the world!

And then the insane progressives legalized infanticide in New York.
Suddenly, everything else seemed irrelevant by comparison.

When New York’s ‘Catholic’ Governor Andrew Cuomo signed into law a bill legalizing abortion up to the minute of birth for just about any reason, I was filled with a sense of indescribable foreboding. Watching as the bloodthirsty politicians celebrated their new achievement – making lawful the sacrifice of our fully-developed children to Moloch – was enough to prove well beyond my satisfaction that these sadistic ‘people’ are devoid of all humanity whatsoever.

Further proof of my contention was to be found just days later.

A video began making the rounds on certain news programs showing a Democrat lawmaker from Virginia named Kathy Tran explaining in gruesome detail a bill she was introducing that would eliminate all restrictions on late-term abortion. When Tran was asked if her bill would allow for an abortion to take place even as the mother was dilating she announced that it would. Her bill was supported by the now disgraced Governor of Virginia Ralph Northam who gave a chilling account of just what the proposed bill would allow in certain cases:

Infanticide blown out of proportion?!? I didn’t know that was possible.

How convenient that just as public resentment was beginning to rumble throughout the land in response to his candid admission to the contents of the bill, right on cue pictures surfaced showing Ralph Northam in a 1984 high school yearbook sporting ‘blackface.’ Just like that, the morally outraged news media couldn’t be bothered anymore with the controversial ‘infanticide bill.’ In the blink of an eye all of the attention was turned away from the highly-charged topic of third-term abortion and focused solely on a man with a painted face. Another example of ‘media magic’ at work.

Yes America, our nation is in ruins.

We increasingly inhabit the landscape of eternal damnation; a country where the murder of a pregnant woman is properly categorized as a double homicide, yet somehow, when it comes to the subject of abortion, the claim is made that the fetus is not a human being even after 9 months.

How many of the spiritual maladies effecting our people today derive from the deep-rooted collective guilt which stems from our nation’s mass-scale abortion program?

Abortion is a grisly practice that is far too widespread and is in serious need of curtailment. Even in the most extreme and, perhaps, necessary cases, abortion is never something to celebrate. Contrast this truism with the response to Cuomo’s new law which he referred to as ”a profound moral victory” and then proceeded to illuminate the One World Trade Center pink in celebration. The deeply satanic overtones hardly need explaining.

Cuomo’s law describes children who are not yet born, even at 9 months, as essentially not human, and therefore, by his criteria, disposable refuse. The lack of respect shown for life inside of the womb will undoubtedly generate an increased lack of respect for life outside of it as well. Ours is a culture that no longer celebrates life, we celebrate death! How many more years until the elderly or mentally/physically handicapped are viewed as disposable ‘inconveniences’ themselves? How have we arrived at a point where we celebrate the ‘right’ to murder a child who has been developing for 9 months? The answer to this riddle is found in the dictum residing within the darkened heart of this revolutionary movement: ‘give them an inch and they will take a mile!’

On the Path to Hell on Earth
When legalized abortion was being promoted in earnest during the 1960’s by people like Bernard Nathanson and Lawrence Lader, it was marketed as a simple procedure to merely remove some cells that could in no way be called a human being at that point anyway. Americans were presented with hypothetical scenarios of rape or physical and mental deformities as possible justifications for initially accepting this revolutionary overthrow of God’s law. They were told that people were going to procure abortions illegally anyhow so logic dictates that we might as well make it a safe and effective legal practice. On the surface, a lot of the arguments seemed to make sense; even more so to those whose religious convictions had already been systematically eroded into a heap of just so many questions, debates and opinions.

Then in 1973 the verdict in Roe v. Wade was issued legalizing abortion up to a certain stage of development. But it was never meant to end there. Not by a long shot.

The same methods of dissimulation are in play today.

Defenders of Cuomo’s new bill claim that it only applies to cases where the mother’s ‘life’ or ‘health’ is at risk. Again, a clever tactic to gain public approval, but as always, not without a loophole. The fact is, the bill is written so loosely that ‘life’ and ‘health’ can be defined as anything from physical and mental well being, to psychological or financial stability as well. A mother could simply state that having the child would put her under too much emotional stress due to lack of finances and presto, that would be enough to procure an abortion up to the minute of birth! In the same way sweeping anti-terrorism legislation that was passed in the wake of 9/11 was written so vaguely that it didn’t take long for it to turn inward and start ensnaring previously law-abiding U.S. citizens in its net.

The nature of the revolutionary movement is to bring these things all the way until one day a few of us might awaken from our deep slumber and ask ”What the hell just happened? How did we get here? How oblivious have we been to not notice the Hell on Earth being built all around us brick by brick?” Such is the manner with which this beast system operates; a system which seeks to render us all into beasts through a program of attrition. By the time it becomes noticeable to the masses, it is already too late.

In our modern times Satan himself could walk among us and nobody would even bat an eye at him. What more proof is needed than lawmakers making legal the consigning of our fully-developed children to the hell fires of Moloch without any serious uproar from a detached population drowning in abulia? Things that would have caused a peasant from the Middle Ages to run for the hills screaming with terror are now broadcast nightly into our living rooms and taught in our schools, in every case championed as some giant leap forward in human evolution.

In his book Childhood’s End, Arthur C. Clarke breathes life into this theme:

”It was a tribute to the Overlords’ psychology and to their careful years of preparation, that only a few people fainted. Yet there could have been fewer still, anywhere in the world, who did not feel the ancient terror brush for one awful instant against their minds before reason banished it forever.
”There was no mistake. The leathery wings, the little horns, the barbed tail – all were there. The most terrible of all legends had come to life, out of the unknown past. Yet now it stood smiling, in ebon majesty, with the sunlight gleaming upon its tremendous body…In the Middle Ages people believed in the devil and feared him. But this was the twenty-first century…It was One World.”

Indeed, few seem to notice as we barrel headlong ever farther down the path to perdition. Undeniably we have crossed the Rubicon and are now embarking upon the wild frontiers of a world utterly irreconcilable with morals and values. The double-minded demigods of this new frontier maintain that building a wall to keep illegal immigrants from entering our country is immoral, but the execution of fully-developed fetuses isn’t. They shout high-sounding slogans such as ‘Keep your laws off of my body’ in defense of abortion even as they support increased laws for mandatory vaccination. To point out the glaring hypocrisy to one of the adherents of this Brave New World is about as productive as screaming at a wall.

And those among us who do take notice of what is going on and speak out in condemnation of it? Well we are now characterized as a species most odious, the vile specimen known as Insaneus Bigotus.

W.M. Peterson is a musician and a full-time researcher into the machinations of the globalist occult cryptocracy. For more writings visit my blog 'A Second Look' at naturalterraist.blogspot.com