A Jew, a Führer and a Cancer Breakthrough….Hitler’s Gift to the World. 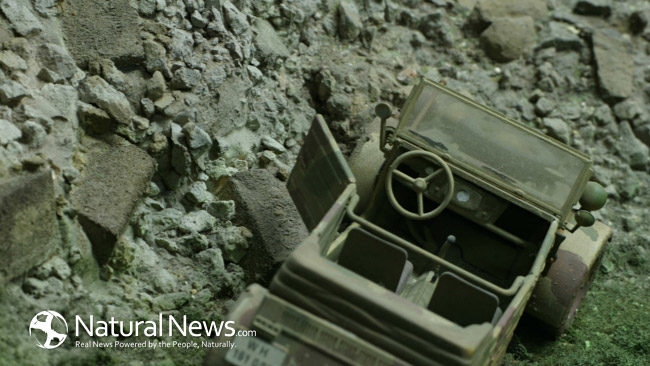 Adolf Hitler brought mankind to the edge of insanity and destruction. Just the sound of his name conjures up thoughts of the evil that he gave life to during his control of the Nazi regime. His wholesale slaughter of 6 million Jews just because they were Jews is unprecedented in modern history. No other man in history has such a legacy of shame and destruction. No one was safe against the tyrannical madness of this man and his followers. Children, women and men of every race and nationality were targeted and murdered at the whim of Adolf Hitler. Jews especially were murdered without any chance of being saved or spared under his rule. Even the slightest bit of Jewish bloodline would bring about retaliation and eventual death by horrible means. No Jew was to be spared in his “Final Solution” program.

On May 23, 1935 Adolf Hitler underwent surgery to remove a polyp on his larynx. Hitler was known to have an extreme fear of cancer. He believed he had stomach cancer due to an ongoing and constant problem with indigestion and flatulence. The growth of a polyp in his throat only made his fear of cancer increase and no assurance from his doctor could sway his belief nor ease his fears. He was positive he had throat cancer along with stomach cancer.

It was this fear that gave the world a gift that has been ignored but is possibly the greatest discovery related to cancer. In fact, his fear of cancer enabled and allowed the ongoing research into the PRIMARY CAUSE of cancer and its reversal. It is this knowledge that has within its own information the cure for cancer. Sadly, the discovery has been ignored and no one or no entity within modern and traditional medicine has embraced the information to bring about a cure.

As the world was at war and Hitler and his government were methodically implementing his Final Solution to rid the world of Jews, there was one Jew that was seemingly protected. His name was Otto Heinrich Warburg and he was born of a Jewish father and a Christian mother. It was this pairing that should have sealed the fate of Otto Warburg who by that time was a distinguished physiologist, medical doctor and a biochemist that had already received a Nobel Prize in Physiology or Medicine in 1931 for his research and discovery in 1923 of the primary and real cause of cancer. During the Hitler Germany years, Otto Warburg continued his research into cancer and it was during these years that he was able to reverse the cancerous state of cells back into normal and healthy cells.

What was this great discovery that Otto made that earned him the Nobel Prize? He stated that his research proved that there are many secondary causes of cancer but that there is only one Primary and real cause of cancer. This primary cause of cancer is oxygen deficiency brought about by toxicity and other secondary conditions in the body. His research demonstrated that all forms of cancer have two basic conditions present. These two conditions are a lack of oxygen at the cellular level (hypoxia) and acidosis.

What Otto Warburg discovered was that he could deprive a cell of 35% of its oxygen needs and within 48 hours it could turn cancerous. Otto Warburg said the following; “Cancer, above all other diseases, has countless secondary causes. But, even for cancer, there is only one prime cause. Summarized in a few words, the prime cause of cancer is the replacement of the respiration of oxygen in normal body cells by a fermentation of sugar. All normal body cells meet their energy needs by respiration of oxygen, whereas cancer cells meet their energy needs in great part by fermentation. All normal body cells are thus obligate aerobes, whereas all cancer cells are partial anaerobes. From the standpoint of the physics and chemistry of life this difference between normal and cancer cells is so great that one can scarcely picture a greater difference. Oxygen gas, the donor of energy in plants and animals is dethroned in the cancer cells and replaced by an energy yielding reaction of the lowest living forms, namely, a fermentation of glucose.”

Simply put, healthy cells will remain healthy as long as they are in an alkaline condition with proper oxygen supply to support cellular respiration whereas cancerous cells must have an environment of acidosis (acidic) and no oxygen. This obviously is a very simple generalization but his research has pinpointed the cause that has been ignored.

His later research, which was done under the auspices of the Nazi regime, brought about amazing results in bringing cancer cells back to a healthy state. He found that by adding back a higher concentration of oxygen and bringing the cell Ph level to an alkaline state that the cell could be brought back to a precancerous or noncancerous state. For this he was awarded a second Nobel Prize in Physiology and Medicine. Being a Jew in Germany under Hitler’s rule, he was not allowed to accept the award. This is very ironic in that Adolf Hitler seemed to protect him from the treatment and “Final Solution” that all other Jews were being subjected to. He was known to be Hitler’s authority on cancer and undoubtedly was protected by Hitler. .It seems that Hitler’s fear of cancer and his knowledge of Warburg’s research and discoveries may have spared Otto from arrest and even death.  During the year 1941, because of his Jewish bloodline, he was removed from his position and research by the Nazi hierarchy. Within a few weeks he was reinstated to resume work on his cancer research per a personal order from Hitler’s Chancellery.

What does this mean? It means that there are ways to help your body cure cancer. It is up to you to research and become the one who takes control of your own health and healing. If the conventional way is your choice then by all means go that route. But, if you would like to go a more alternative routhe that considers this discovery which has been ignored then do your research. Get your eating habits to a healthier more alkaline diet. Go to a naturopathic doctor or talk to your doctor about alternative treatments.

Knowledge is everything when it comes to your health, healing and life itself. A must read book full of information from medical doctors that are using all natural and alternative methods in curing cancer is “Knockout” by Suzanne Somers. This book also addresses having conventional treatment along with alternative methods. So you can still do the radiation and chemo but have other information to supplement that protocol. You can also find excellent articles online about using Ph treatments and oxygen treatments. An awesome site for Ph information is www.phkillscancer.com. You can find informative articles about Ph and cancer and oxygen treatments by searching them on www.naturalnews.com.

Research, research, research. That is what I can and will stress here.  In the words of Dr. Warburg…. “But nobody today can say that one does not know what cancer and its prime cause is. On the contrary, there is no disease whose prime cause is better known, so that today ignorance is no longer an excuse that one cannot do more about prevention. That the prevention of cancer will come there is no doubt, for man wishes to survive. But how long prevention will be avoided depends on how long the prophets of agnosticism will succeed in inhibiting the application of scientific knowledge in the cancer field. In the meantime, millions of men must die of cancer unnecessarily.”