9 Ways Gelatin Can Improve Your Health 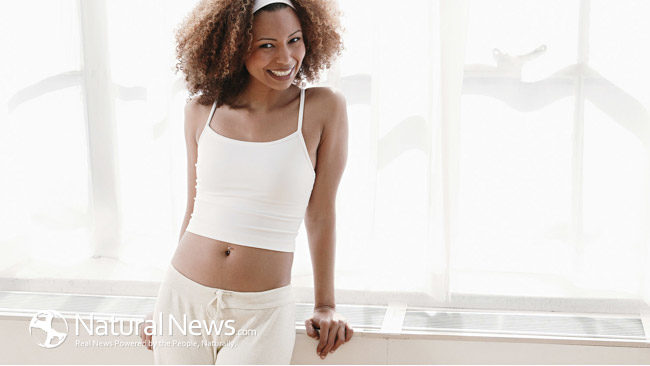 A nearly transparent, faintly yellow, odorless, and almost tasteless glutinous substance obtained by boiling in water the ligaments, bones, skin, etc., of animals, and forming the basis of jellies, glues, and the like.

Gelatin is used in items such as jello, marshmallows, candies, cosmetics, and even pharmaceuticals. To be clear, the gelatin that I’m about to sing praises to is not the giggly jello gigglers kind; that stuff is full of artificial colors, preservatives, and sugar (or aspartame). Yuck, yuck! The kind I’m talking about is pure, unflavored, unadulterated gelatin that you can find in the store or make in the kitchen.

Ok, let’s move on to why gelatin is so amazing and what it can do for you. Gelatin is high in proteins and amino acids, some of which are essential (meaning your body doesn’t create them on it’s own, so they must be supplemented), but it contains mostly glycine and proline, which your body can make if you have an adequate diet. Now days however, we don’t get enough of the good stuff to make what our body needs. When it comes to eating meat, we consume mostly muscle meat. Back in the day, people knew how to get the most from their kill and utilized the whole animal—bones, head, tail, skin—and their diets were full of wonderful gelatinous nutrition! An incredible article written by Dr Ray Peat says:

When we eat animal proteins in the traditional ways (for example, eating fish head soup, as well as the muscles, or “head-cheese” as well as pork chops, and chicken-foot soup as well as drumsticks), we assimilate a large amount of glycine and gelatin. This whole-animal balance of amino acids supports all sorts of biological process, including a balanced growth of children’s tissues and organs.

When only the muscle meats are eaten, the amino acid balance entering our blood stream is the same as that produced by extreme stress, when cortisol excess causes our muscles to be broken down to provide energy and material for repair.

We need to get back to our roots, call our grandmas, and learn how to rustle up some yummy fish heads and livers! Scientifically, I wish I could understand all the nutritional benefit gelatin has to offer (and believe me, I’ve tried!) but I can’t seem to wrap my head around it all just yet. However, I will provide the basic info, as well as resources for you to reference at your leisure.

This is the reason I started adding a tablespoon of unflavored gelatin to my morning cup of tea. Gelatin attracts digestive juices to itself, acting as a lubricant for your intestines. It also helps with an upset stomach and diarrhea. Gelatin goes to the source of whatever is causing the chaos, and neutralizes it (unlike store bought meds that only cover up the symptoms). Gelatin is a safe, organic way of helping your body stay regular. Laxatives such as Miralax are extremely dangerous and should always be avoided, especially in children. Here’s a great article on the digestive benefits of gelatin.

This is a huge one! Before I started taking gelatin, my nails were very thin and brittle. I had to keep them cut short because they would break so often. Since adding gelatin to my diet a few weeks ago, my nails have grown long and strong! There are a lot of critics out there who say it’s just an old wife’s tale, but I’ve seen first hand (haha, get it?) the benefits of gelatin.

Gelatin has been shown to help alleviate joint paint caused by arthritis. The effects are instant and have been shown to have as much pain relieving and anti-inflammatory qualities as something like aspirin. After all, gelatin is made from animal cartilage, and when taken over time it can actually help stop corrosion and heal the cartilage damaged by arthritis.

Gelatin’s main amino acid is glycine, which is shown to promote restful sleep. Taking a tablespoon before bed will help you wake less during the night and have more energy in the daytime. I stir my gelatin into a cup of chamomile tea for a double whammy in insomnia’s face.

Gelatin has been used for centuries to stop bleeding wounds both internally and externally.

Gelatin’s glycine is a nerve-calming agent that helps in a broad variety of illnesses. Check this out!

A small dose of glycine taken shortly after suffering a stroke was found to accelerate recovery, preventing the spreading of injury through its inhibitory and anti-inflammatory actions. Its nerve-stabilizing action, increasing the amount of stimulation required to activate nerves, is protective in epilepsy, too. This effect is important in the regulation of sleep, breathing, and heart rhythm […]

Glycine’s antispastic activity has been used to alleviate the muscle spasms of multiple sclerosis. It is thought to moderate some of the symptoms of schizophrenia.

This man has an amazing amount of incredible information on the benefits of gelatin, and expands on a lot of the health points I make here. It’s a read, but it’s worth it!

Back to collagen. Our skin looses elasticity as we get older and gelatin, when taken internally, can help rebuild the collagen, producing thicker, stronger, younger looking skin. Many wrinkle creams contain collagen and therefore claim to help wrinkles, but collagen is too big to be absorbed topically by the skin. So don’t buy into it! Save your money and your frustration, and eat away some fine lines!

Gelatin is a good source of protein, containing about 6 grams per 1 Tablespoon serving. Gelatin isn’t a complete protein, so I’m not saying it’s the end-all be-all, but when taken with other sources of protein (such as meat), it helps in the absorption of nutrients. Chicken and homemade jello, anyone?

Gelatin is rumored to help hair grow long, healthy, and shiny! You can even add it to your shampoo for an extra volume boost!

All in all, gelatin is a great thing. It has even been labeled a “superfood” (I could rant here over the fact that just about every food that comes from the ground has been labeled a “superfood” because of it’s all natural goodness God gave us, and say how I now find the term “superfood” to be an over-used phrase to get people to spend truck loads of money on rare berries only found growing on the cliff of a mountain in Tibet, when really you could just go to your local farmers market, buy some grapes, and be sufficient nutritionally… but I wont). I will say that I highly suggest adding Gelatin to your daily routine if you suffer from any of the symptoms listed above. After all, even if it doesn’t give you Rapunzel’s hair, you do have an excuse to eat lots and lots of jello 🙂

Kristin lives in a little town in Washington with her husband (Kyle), and dog (Nimbus). Her passion is to bring her readers the art of clean-living, self-acceptance, and the natural path to longevity in a basic, attainable manner. You can learn more about her at www.KristinBish.com