9 Best Health Advices That Are Effective, But They Are Hardly Accepted 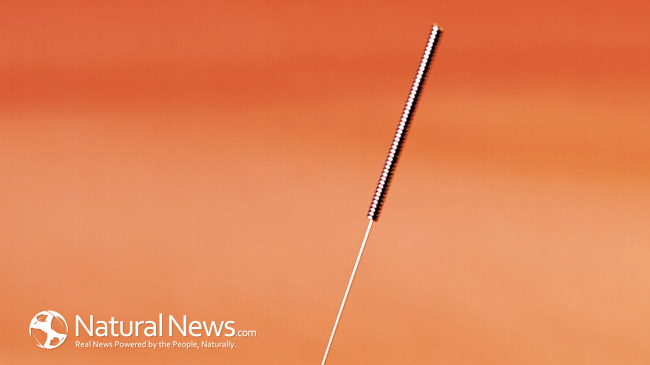 Alternative medicine is the term given to medical practices which are effective but are not yet accepted by modern medicine. This branch of medicine also has different sub branches. It addresses different factors of the whole well-being such as physical, emotional and mental health. Here are the top ten best practices:

Acupuncture is an alternative medicine that involves inserting needles into the patient’s skin.  The needles are inserted at specific points running along the body – these points are where the energy called “gi” passes through (it was defined by the Chinese). However, modern medicine disregarded this, because there is no observed physiological characteristic that this path exists. Yet, for over thousands of years, acupuncture has been practiced by Chinese people for diseases ranging from headache to cancer.

While there are reports stating that this medical practice can alleviate diseases, doctors do not use it. They have explained that the needles can transfer diseases from one person to other, especially if the disease can be transmitted by blood.

Reflexology believed that the internal organs have connections to the hands and feet. For example, if you have an upset stomach, pressure can be applied on a specific point by your palm to alleviate the stomachache. Also, if you are feeling pain in your upper and lower extremities, it is believed that some of the organs may not be in good condition. It is believed that pressing various points on your soles and palms can eliminate the disease.

Despite it all, this practice does not have any scientific explanation or clinical study to backup the success.

Herbal medicine involves using of various herbs and weeds to make teas, tonics, juices and balms that can be used to heal patients. In Chinese medicine, you will find a well-documented list of medicinal plants. Some plants’ formulas have been handed down from generation to generation through their daily practices and habits.

This practice has not been patronized by doctors simply because there are many plants that are poisonous. Take note, the measurement of each herbal preparation may vary from country to country -too much or too little of the ingredient may cause toxicity.

Ventosa, also referred to as cupping therapy, is an ancient Eastern therapy that uses heat, cups and cutters. Various spas around the world offer this therapy. Many who are complaining about persistent muscle pain choose this procedure. As with reflexology and acupuncture, ventosa uses oil, massage, heat and cups that are applied to specific points on the back. By suctioning the skin, the energy referred to as “qi” resurfaces to the body, which results in rejuvenation. Some practitioners will cut the skin a little bit in order to let the blood flow out of the skin.

The medical community does not honor this practice because they claim there is no valid clinical explanation behind this procedure.

Iridology is one of the easiest ways to detect the patient’s deficiency of nutrient, excess substance and malfunctioned organs. It uses an iris chart that has divisions. The color, the depth of the ridges and the shade of the iris are all an indication of the individual’s state of physical health.

Many doctors do not believe in this practice because of its bizarre explanation about the connection of the iris to the organs. Although iridology has been effective, it has not received that stature of acceptance in western medicine. Medical practitioners have stated that it has to be proven with clear scientific investigation.

From the land of gods, lobotomy has been a medical practice of Greeks to cure mental diseases. Through this practice, an ice pick is inserted above the eyes and penetrated into your brain using a special type of hammer – the brain is basically hit by the stick. Only experts do this because any misplacement will cause death. Fortunately, as dangerous as it may sound, this unbelievable practice has helped many mental illnesses.

Patients do not like this, even though the success rate is very high.  This technique is too scary and a highly invasive procedure.

Hemispherectomy is a surgical procedure that takes away the portion of the brain that causes insanity or epilepsy. Children are the most common patients that undergo this procedure because their brain has the potential to grow. Clinical studies have shown that over 75% of the patients are healed by this procedure.

Many parents do not want their children to go through this procedure because it is scary to slice away half of the brain and only live with one half.

Cryogenics involves freezing you from the inside out. It has certain benefits that can slow cardiac arrest down. It is also used to transfer saline solution during heart operations.  The low body temperature reduces the brain’s need for oxygen.

People don’t want to adopt Cryogenics, because they are afraid of being frozen from the inside out.

If you are frequently suffering from stomach pain, there is a big chance that you are suffering from inflammatory bowel disease. Modern medicine addresses this problem by taking feces and putting it to your nostrils -the feces will come from your intestines. This is packed with your natural bacteria that can give you immunity. It is similar to the principle of vaccinations – you have to awaken your immune system for it to recognize which bacteria to fight against.

People find this technique gross. Who can ever fathom the thought of shoving feces into their nose?

Medicine is an interesting thing. You have to explore the unthinkable and think outside of the box sometimes in order to stay healthy.

Go ahead, study these bizarre medical practices and see what others have to say about them.

“Binit Kumar has been a health and nutrition writer for years and gained knowledge through reading and contributing to various health and fitness websites/blogs. He frequently writes at HealthyNews24 “