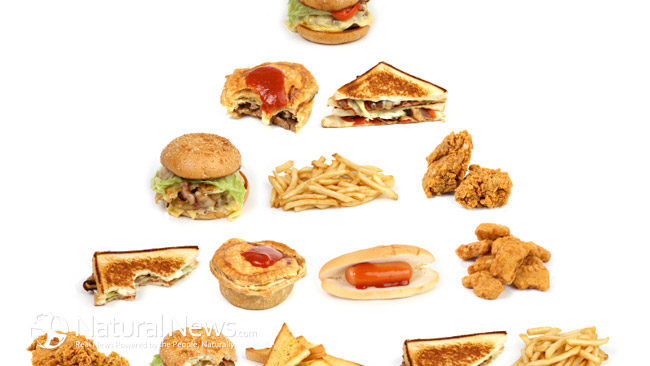 Making nutritional decisions concerning types of foods you should avoid in helping your body to prevent cancer, is as vital as choosing cancer-fighting foods to include in your diet. Before discussing cancer-triggering foods, I would explain two factors believed by scientists to increase cancer risk and my view of how you can influence them epigenetically.

Two factors that increase a person’s risk of developing cancer is genetic makeup and environmental triggers (e.g. food choices, sunlight, alcohol. viruses, tar in tobacco smoke, and pollutants in the air). According to some scientists, you can’t change these two factors.

As far as genetic makeup is concerned, even though when a person born with and inherited gene fault (mutated gene) may increase the risk of cancer, it doesn’t mean that he/she will definitely get cancer. What it really means is that you are more likely to develop cancer than the average person.

Similarly, you can change environmental triggers by making diligent decisions, for instance, if you have fair skin you have to limit sun exposure during summer noon. As far as food choices are concerned, avoiding cancer-triggering foods is as vital as choosing balanced nutritious foods.

The remaining of the article will focus on some of the foods and drinks thought to increase risks of developing different types of cancer.

Deep frying is a method of cooking foods by heating cooking oils at high temperatures. This causes chemical changes to the oils and the foods, which produces lipid peroxides, aldehydes, and polycyclic aromatic hydrocarbons PACs). Studies found these substances to be toxic to the nerves and cells and may cause cancer.

When proteins, carbohydrates, and fats are heated at high temperature they changed to PACs. Besides changed to end products, PACs, carbohydrates and proteins also end up as acrylamides (or acrylic amides)and heterocyclic amines (HAs), respectively. Both types of compounds are also implicated in causing oxidative stress via oxidation.

All these chemicals are thought to cause oxidative stress by attacking cell membranes, DNA, and enzymes.

All charred protein, carbohydrate, and fat foods contain PAHs, chemical compounds of which are similar to coal tar. Similar to deep-fried foods, charred carbohydrates and proteins contain acrylamides and heterocyclic amines (HAs), respectively. All these chemicals can cause oxidative stress.

Caramel is one of the flavoring agents used to prepare microwave popcorn. It is prepared by heating table sugar so it contains some amounts of PAHs. Microwave linings are made of perfluorooctanoic acid (PFOA), which is recognized by The U.S. Environmental Protection Agency as a substance “likely” carcinogenic. PFOA has been linked to kidney, testicular, liver, and pancreatic cancer in human and animal studies. Other cancers like ovarian cancer and non-Hodgkin lymphoma are also associated with PFOA.

Some people believe that eating microwave popcorn once in a while is OK. They say it can pose serious problems to those who overindulge in it by eating it excessively every day.

Conversely, others believe you can avoid the risk of cancer by buying organic corn kernels and air-popping them in coconut oil on the stove and add pure butter plus some aromatic herbs such as rosemary and marjoram for flavoring.

Some people use artificial sweeteners such as sucralose (brand name Splenda) or acesulfame K to sweeten their drink. Studies on their potential for cancer risk have been ongoing for several decades.

A study performed in 2015, for instance, has found sucralose may be associated with a higher risk for leukemia. However, critics say the levels of the sweeteners fed to mice in experiments were thousands of times higher than any person would likely to consume.

Some experts assert that as research into the potentially toxic effects artificial sweeteners is under way, they suggest general public to use something natural until studies come out with sound studies.

Alternative sweeteners such as stevia extract, Lo Huan Guo (in the USA, buy it from Chinese medicine outlets in China towns), and xylitol (low-calory sugar alcohol) can be used as table sugar substitute.

Jürgen Rehm, PhD., Director of the Social and Epidemiological Research Department at the Centre for Addiction and Mental Health in Toronto, Ontario, Canada was quoted as saying, “……The fact that alcohol is a carcinogen has been clearly confirmed.”

In your body, ethanol from any types of alcohols is changed to ethanal (belongs to functional group aldehyde), which has been found to be very toxic to cells (cytotoxic).

Salmon is rich in healthy fats known as omega-3 fatty acids. Farmed salmon is cheaper than the wild-caught one, but many people don’t know that farmed salmon contains less omega-3 when compared to wild salmon and it has higher levels of potentially cancer-causing contaminants.

According to Environmental Working Group, on average, polychlorinated biphenyls (PCBs) levels in farmed salmon is 16 times higher compared to that of wild salmon, four times the levels in beef, and 3.4 times the PCBs found in other seafood.

Stomach cancer is still the fourth most common cancer; therefore, it remains an important public health burden worldwide, especially in developing countries.  Studies have found limited or probable evidence that the consumption of salted food (including salted fish, Chinese-style), is associated with higher risk of the development of stomach cancer.

Since salt intake has been correlated with Helicobacter pylori (H pylori) infection,

Scientists believe that there is a possibility of high salt intake coupled with Helicobacter pylori infection may synergize to promote the development of stomach cancer. Additionally, salt may also cause stomach cancer through directly damaging stomach mucous membrane, promoting accelerated epithelial proliferation and mutation of the stomach lining, and inducing hypergastrinemia, which in turn leads to eventual acid-secreting loss and progression to gastric cancer.

So, each time you want to satisfy your sweet-tooth, grab an apple, orange or mandarin. At times, you are actually thirsty, not hungry. Drinking a glass of spring water can be quite feeling. Similarly, you can do the same thing each time you feel hungry in between meals, you’ll gradually get used to it.

You need a certain number of calories per day via diligently eating nutritious foods consists of three major macronutrients: carbohydrates, proteins, and fats.

Some people believe that despite ‘the dose makes the poison,’ what determines the toxicity of the diet as a whole is not the amounts of toxins in foods. It is the ratio o toxins to calories that matter most. Therefore, they further believe that eating carcinogenic foods such as charred meats or farmed salmon are OK provided you take them once in a while.

They also believe that as long as you adopt healthy dietary habits including taking good daily portions of fruits and vegetables as they are loaded with antioxidants, which are used to neutralize free radicals including by-products of liver detoxification).