7 World’s Healthiest Spices You Should Be Eating 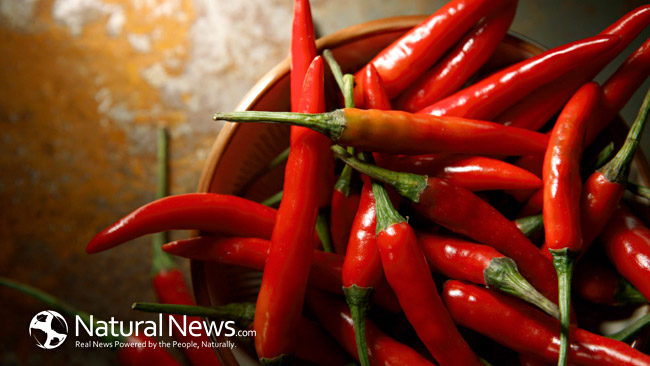 Spices are an important part of a healthy diet and lifestyle. For one thing, they can add a lot of zest and flavor to your food, making it less likely that you will use a lot of salt or oils to make a given dish taste good. Better yet, many spices are just healthy in and of themselves, the compounds that give them their flavor and color also bringing in a whole array of healthful benefits. Below are seven of the healthiest spices from around the world.

Chili Pepper
Chili pepper can add a flavorful kick to any number of stews, casseroles and, of course, chili. It can also give a real boost to your metabolism, making in a great weight loss aid. The active ingredient capsaicin not only increases the rate at which the body burns calories, it can also curb the appetite naturally.

Ginger
It is no secret that ginger is great for treating nausea caused by surgery, cancer treatments or morning sickness. What is less well-known, however, is that ginger also contains powerful anti-inflammatory compounds that make it great for conditions like arthritis as well.

Cinnamon
Cinnamon has received a lot of media attention lately due to research that has shown that this spice might be useful for day to day treatment of diabetes. Cinnamon helps to stabilize the blood sugar and prevent it from spiking up after meals.

Turmeric
Curcumin, the active ingredient in this lovely golden spice, has been shown in many clinical studies to help treat a whole range of complaints. These include chronic conditions like arthritis, which benefit from its anti-inflammatory properties as well as cancer, since it is an antioxidant.

Saffron
Saffron has been used in Persian naturopathic medicine since ancient times as a mood lifter and to help with an array of emotional problems. Recent studies from Tehran’s University of Medical Sciences also found it useful in helping relieve premenstrual syndrome.

Parsley
One of parsley’s active ingredients is a compound called apigenin. Recently, researchers out of the University of Missouri found that animals given this compound daily showed increased resistance to tumor development, particularly tumors of the breast.

Sage
This is herbs is not just a remedy for indigestion and respiratory problems: research is being done on sage in relation to Alzheimer’s disease. It has been shown that active compounds in this herb help slow the breakdown of acetylcholine, a brain chemical which helps with memory function.

Research is continuing on these and other plants as modern medicine becomes more aware of the healing potential contained right on the spice rack in the kitchen. As this happens, it is likely that the medical community will become more and more aware that many traditional healing plants long used by herbalists and naturopaths have root in hard science and offer concrete solutions to many of the most challenging illnesses.

5 Things You Should Know About Pure Caffeine Powder