The 7 Ugly Truths about Your Toothbrush 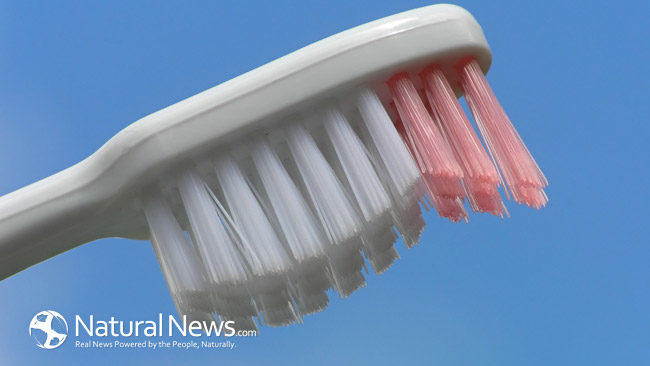 Most people don’t give much thought to their toothbrushes – and if they do, they assume that, because it is used to clean the teeth and mouth every day that it, too, is clean. Wrong! Toothbrushes actually have some ugly secrets to hide which consumers should be aware of. Seven of these ugly truths are discussed below.

Researchers from Manchester University of England recently discovered that an uncovered toothbrush is a harbor for bacteria and can actually contain around 100 million individual bacteria cells. What is even more disturbing is that some of these bacteria include staphylococci, a culprit in many skin infections and e. coli, the cause of gastrointestinal infections and diarrhea.

Many researchers were not surprised by the results above – after all, the human mouth is and always has been a breeding ground for all sort of bacteria. The problem can begin, however, when an imbalance happens between the beneficial and harmful bacteria in the mouth. This imbalance can lead to the formation of plaque and eventually to gum disease.

Does Brushing Make the Problem Worse?

So, bacteria in the mouth are a fact of life, but as long as a certain balance is kept, generally there is no problem. However, sometimes brushing can actually cause problems because it can push the bacteria beneath the skin in your mouth, where it can foment serious infections. They can lead to recurring illnesses if your immune system is low or somehow compromised.

The Manchester University researchers do not for the most part subscribe to the belief that brushing your teeth harms your health, even if the toothbrush does harbor large concentrations of bacteria. However, they do caution that people think about how their brush is being stored, including how close it is to the toilet. When the toilet it flushed, it can send a spray of water and bacteria into the air, bacteria you do NOT want near your toothbrush.

Toothbrush holders, particularly if they are close to the toilet, can harbor whole colonies of bacteria. Oddly enough, even though people rank the toothbrush holder as a place that it likely to harbor germs, it often gets overlooked when the bathroom is getting cleaned. It is important, though, to clean and disinfect the holder regularly to prevent this problem.

Now that it has been established that toothbrushes are bacteria magnets, what is there to be done? Researchers recommend rinsing the toothbrush after use, drying it, storing it in an upright position and, though this sounds counter-intuitive, not using toothbrush covers, since they, too, can become harbors for germs.

There are several products currently on the market that will sanitize a toothbrush. However, while some of these products have been shown to actually be effective at cleaning bacteria, there remains no evidence to show that keeping the toothbrush sanitized will prevent you from becoming ill.

Toothbrushes are a lot dirtier than many people believe. However, following a few important safety tips like the ones discussed above can keep them healthier and safer for you and your mouth!

5 Reasons You Need to Detox