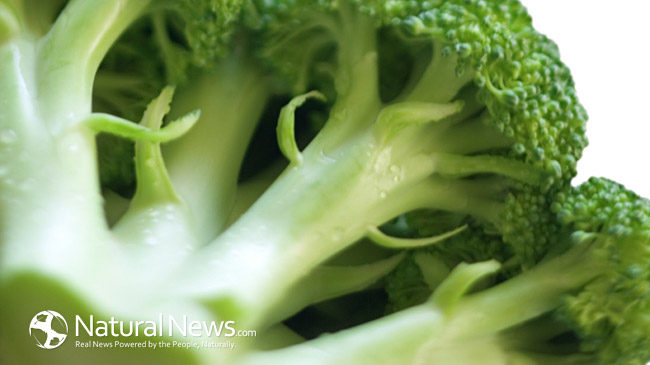 Between long work hours, stress, and simply trying to keep up with a busy schedule, it can sometimes feel like the memory and mental acuity take a big hit. However, learning to relax, getting adequate sleep and including the following foods in the diet can go a long way to improving cognitive function, including recall, reaction time and overall neurological health.

Broccoli
This superfood is rich in Vitamin K, which is needed for memory and mental acuity. It is also rich in chorine, a compound that helps stimulate the development of the neural connections that are essential for brain health. It is important for women to eat foods like broccoli during pregnancy, since chlorine deficiency in the mother can lead to neural tube defects in the baby.

Walnuts
Walnuts are also an excellent way to boost brain power. They are rich in Omega-3 fatty acids that strengthen the function of neurotransmitters, which in turn improves overall cognitive function. They have also been shown to increase the flow of nutrients and oxygen through the brain to nourish it.

Turmeric
Research turns up more health benefits from consuming this wonder spice every day, it seems. Studies from the Alzheimer’s Disease Research Center at the UCLA found that its active ingredient, curcumin, helps reduce the risk of developing Alzheimer’s and in addition also protects the brain from inflammation.

Wild Salmon
Omega-3 fatty acids are needed by the brain for optimal health since approximately 60% of the brain itself is made up of fat. One of the best sources for these acids is wild caught salmon, and consumption of it improves blood flow and reduces inflammation in the brain. Salmon also contains a chemical called docosahexaeonic acid (DHA), linked with a reduced chance for Alzheimer’s.

Tomatoes
The brain-boosting abilities of the tomato stem from the fact that it is a rich source of lycopene, an antioxidant that can reduce dementia-causing damage to the neurons. Consumption of tomatoes, furthermore, has been linked to sharper memory and a lower risk of stroke.

Green Tea
Green tea is able to stimulate memory and improve concentration through increasing the electrical connectivity of the brain. It has also been shown to reduce the risk of developing Parkinson’s, a serious degenerative neurological condition.

Dark Chocolate
Dark chocolate is incredibly rich in brain-nourishing antioxidants and it also contains phytochemicals called flavonoids, which help improve blood flow to the brain. Because it also contains caffeine, it can stimulate mental alertness as well.

So if someone if feeling mentally sluggish or frazzled, stepping over to the refrigerator for one of these superfoods might be a good idea. Their nutrients have been shown to help memory, thought processes and overall cognitive function.