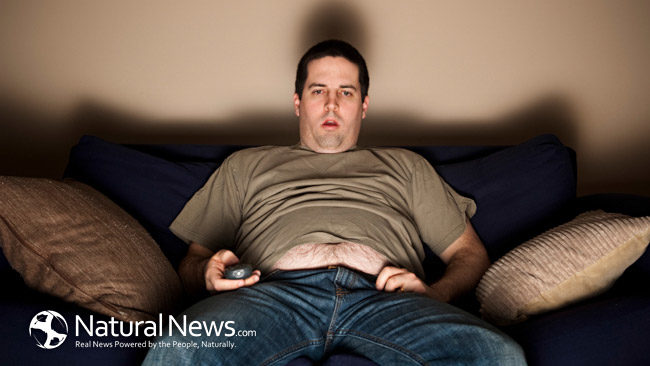 As Americans and people all over the world, including emerging economies like India and Brazil – continue to struggle with the epidemic of obesity, lifestyle changes which can curb someone’s weight are becoming more important than ever. Most people understand the connection between a poor diet or sedentary lifestyle and weight gain. What is less clear to people is the link between sleep habits and an unhealthy weight. Below are seven sleeping “mistakes” that could make it easier to gain unwanted pounds.

Eating Late
Eating too late in the evenings can raise your insulin levels and this in turn can cause your body to produce less melatonin (which can lead to poor sleep) and growth hormone, which boosts your body’s cells. To avoid this problem, try to keep the three hours before your bedtime snack-free: you will be doing your body a huge favor.

Light Exposure
Exposure to light – be it from the security light outside or your alarm clock – can interfere with the release of melatonin and growth hormone and can also raise your levels of cortisol, which has been linked to increase in weight, especially around the abdomen. To avoid this, make sure that you sleep in a dark room and keep digital devices away.

Drinking Late
While you don’t want to let yourself get dehydrated, drinking too much at night can also be a problem, since it increases the likelihood that you will get up in the middle of the night for a bathroom run. This can interrupt your natural sleep patterns and this, in turn, can put you at a greater risk for obesity. To avoid this, stop drinking at least two hours before bedtime.

Nighttime Exercise
While a sedentary lifestyle is not good for you, exercising too late at night can be a problem, too, as it raises your body temperatures and suppresses the release of melatonin. It can also lead to sleep problems due to the elevated release of hormones like dopamine and cortisol which are stimulated by activity. It is better to avoid heavy exercise at least 3 hours before bedtime.

Late Night TV or Computer Use
Many people try to unwind at night by watching television shows or surfing the Web. While this is a tempting way to decompress at the end of a long day, it can also interfere with a good night’s sleep due to stimulating cortisol and dopamine as well. It is best to allow some wind-down time for yourself in the evening that does not involve these gadgets.

Warm Bedroom
If your bedroom is too warm, this can cause a poor night’s sleep as well. Without a cool environment, release of melatonin and growth hormones are disrupted and this makes it less likely that your body will burn fat while you sleep. Make sure your bedroom is around 70 degrees Fahrenheit for optimal rest.

Tight-Fitting Clothes
Wearing tight-fitting clothing in bed – be it pajamas, a bra or underwear – is uncomfortable and can also raise the body temperature and disrupt your hormonal patterns, thus interfering with your sleep. Sleeping in the nude or wearing loose-fitting, light-weight clothing is a good way to avoid this.

Try these tips out the next you go to bed — you will be surprised at how they help you to get a good night’s sleep!