7 Dangerous Toxins That Are Harming Your Thyroid 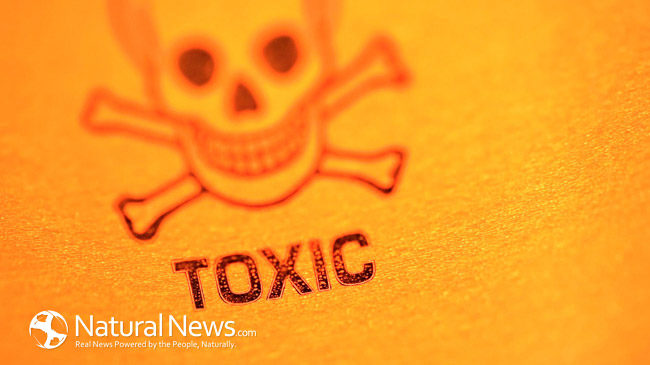 Keywords: Thyroid, toxin, Toxins That Are Harming Your Thyroid

Thyroid problems – resulting in having either too much of the thyroid hormone or too little – are some of the most common endocrine disorders in the United States and millions of people suffer from this problem, many of them undiagnosed. There are a number of reasons for developing thyroid problems – including genetics and family history – but there are also a number of toxins in the environmental which can negatively affect the thyroid gland and lead to a hormonal imbalance. Some of these are discussed below.

Almost all antibacterial products on the market today – including gels, sanitizers, soaps and even oral care products – include the additive triclosan. The reason for this is obvious, since triclosan is a potent eliminator of bacteria, but it is also an endocrine disruptor. This means that it interferes with the body’s hormonal glands, including the thyroid.

Percholate is a widespread toxin that is an unintended byproduct of jet and rocket fuel production and also from things like fireworks and airbags. It is a widespread, pervasive toxin and the Center of Disease Control estimates that nearly every American likely has traces of this in their bloodstream. Studies done by the CDC have found links between levels of percholate exposure and thyoid hormone levels.

Grave’s disease, an autoimmune disorder associated with too-high levels of the thyroid hormones, has been linked to exposure to heavy metals such as aluminum, mercury and lead. Usually this is at a low level, though, which only shows up in a urine test but is difficult to detect with bloodwork until the levels become quite high.

Even though these toxins were rightly banned as far back as the 1970’s due to their harmful effects on human health, they do not break down easily and are still in the environment today. These toxins not only can cause thyroid dysfunction, they can interfere with other hormones like insulin and lead to insulin resistance.

Halogens like chloride and fluoride overexposure can lead to problems with the body’s ability to transport iodine, which is needed by the thyroid to function properly and can even actively suppress thyroid function at very low doses. They also will bind to iodine receptors in the body and make the natural iodine in your body unable to be used.

Dioxins were one of the many chemicals found in the notorious Agent Orange, used heavily in Vietnam to defoliate the jungles. This is a known endocrine disruptor and as a result, many veterans who were exposed to this during the course of their service now have chronic thyroid problems.

Perfluorooctanoic acid, or PFOA is a chemical commonly used in the manufacture of nonstick cookware and other similar products with the result that many Americans have been exposed to it through eating home-cooked foods. Even moderate exposure can affect the thyroid and long-term or high exposure can lead to chronic glandular conditions.

It is little wonder, then, why thyroid conditions are so common. The toxins such as the ones listed above are nearly ubiquitous and avoiding them altogether is impossible, though eating organic foods and drinking filtered water can at least reduce the exposure as much as possible.