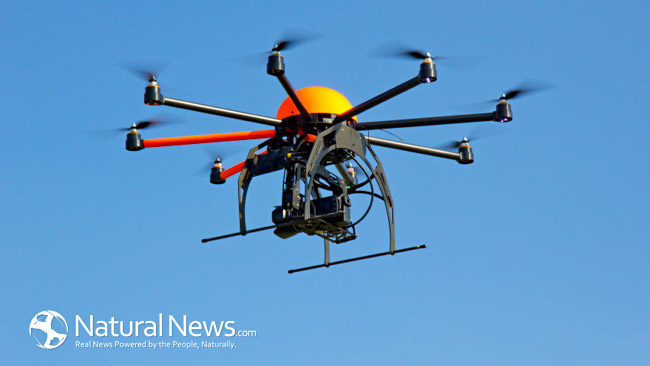 Most people only think of drones as military machines capable of delivering missiles or bombs without endangering the pilot. While this is certainly one application of drones, these devices are not just for military use. Consider the following amazing uses for drones:

Amateur filmmakers are often limited by cost, meaning that expensive practices such as aerial shots are nearly impossible. A drone with a camera mounted on it, however, gives these filmmakers a cheap way to record previously impossible views.

It can bee quite difficult to discover new deposits of natural resources such as oil, natural gas, and minerals and the drilling involved in this process can cause environmental damage. Drones mounted with electromagnetic sensors are able to detect deposits from the air, avoiding environmental damage and increasing efficiency.

Currently, this is done by having a helicopter hover next to the line while a person physically inspects the line and tests it for charge. This is quite dangerous, as a gust of wind can send the helicopter crashing into the line (most likely resulting in injury). Drones can do this dangerous work with the help of a mounted camera-reducing the risk of injury and the expense of maintaining a large helicopter.

It is difficult for a human to get close enough to an animal to observe them in their natural habitat. This is especially true with animals that climb trees, as the noise of a helicopter would scare them. Specialized drones are able to record animal behavior from a distance and are quiet enough that they don’t scare the them. This gives biologists unprecedented insight into animal behavior.

When people are trapped under large amounts of material after a disaster (such as a collapsed building), it’s difficult for rescuers to identify their location. This means that they must search by “voice” or by using dogs trained to sniff out humans. Neither of these methods are completely accurate, so rescuers may waste time trying to rescue a survivor in the wrong location; this can be disastrous, as these victims are usually critically injured and need immediate medical attention. Drones mounted with infrared sensors can pinpoint the exact locations of survivors, allowing for quicker interventions.

Many people enjoy online shopping because they can do it from the comfort of their own home. The catch with online shopping, however, is that you need to wait several days for your package to arrive. Using specialized mounting equipment, drones can deliver packages to your home in a matter of hours.

If unchecked, animals such as geese will completely take over an area. This can decimate local wildlife and cause annoyance to humans (i.e. if geese along a beach keep attacking humans). Drones mounted with speakers can blast the sounds of predators such as wolves, which will scare many of the geese away.

This post is written by Alle Weil, founder of a camera drones website a place where you can find a table comparison of the best rc quadcopters with camera available in the US market today.