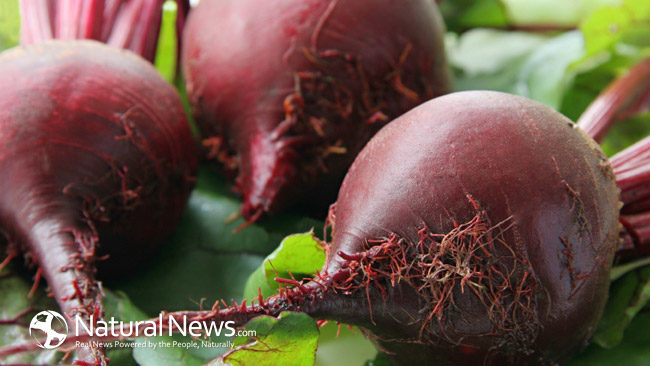 Beets are one of the popular vegetables at the moment, with celebrity fitness stars recommending them every week. But just how good are they for you? This article will provide six science-backed reasons to eat beets as part of your diet.

#1: Beets Are Rich in Minerals

Beets contain a full range of minerals. They are particularly high in folate, manganese, and potassium.

One cup of beets provides the following amounts of these minerals:

Additionally, you can see the full nutritional profile on the USDA food database.

Beets also contain a broad range of vitamins but only in relatively small amounts.

However, one of the best science-backed reasons to eat beets is the disease-fighting polyphenols they contain.

Beets provide a type of polyphenols known as betalains. These betalains are also one of the science-backed reasons why you should consider beets.

Firstly, betalains are a water soluble antioxidant that has a deep red color. This red comes from the antioxidant contents.

Notably, these betalains protect against free radicals in the body. Interestingly they do this in two ways; the first is through ‘scavenging’ – seeking out free radicals and neutralizing them.

#3 Beets May Rival Drugs When it Comes to Cancer Treatment

Surprisingly, a recent trial that pitted beets against an anti-cancer drug wasn’t as clear-cut as expected by pharmaceutical chiefs.

The trial administered either a beet extract or a cancer drug (named Adriamycin). The purpose was to evaluate the potential chemopreventive properties of beets.

On the positive side, the use of Adriamycin had many more side effects than the use of beet extract did.

Promisingly, another recent trial showed that beets might have a hugely active role to play in cardiac health.

In the trial, participants ate 100g of beets. Unlike the majority of studies, this was the actual beet vegetable they ate. No special juice or extract – just the real food.

Following consumption of the beets, the participants showed clearly lowered blood pressure readings. As a result, beets may be an excellent option to consider for anyone with hypertension.

#5 Beets Have an Anti-Inflammatory Effect on Our Body

One of the biggest science-backed reasons to include beets in your diet is their anti-inflammatory properties.

A review paper published in 2015 found that beets wield potent anti-inflammatory, antioxidant and vascular protective properties in the body.

The paper claims that these positive points of beets are all confirmed through human and animal studies.

As a result, beets may be able to play a protective role in the fight against growing chronic diseases such as cancer, Alzheimer’s, heart disease and type 2 diabetes.

#6 Beets May Help Protect Against Dementia

Several recent studies show promising potential for the role of beets in tackling the growing rates of dementia and Alzheimer’s in particular.

One particular study over the past several years showed that the nitrate contained within beets night be a secret weapon in defence of our brain.

Beets are one of the very biggest sources of dietary nitrate. Upon ingestion of nitrate, a short time later blood flow both increases and improves.

In the studies, this nitrate consumption had the effect of increasing and improving blood flow in senior citizens. In particular, participants had a greater flow to the frontal lobes of their brain. This part of the brain is an area where any damage has links with with degeneration and possibly dementia in the future.

As you can see from the science above, beets offer a lot to our health. However, it’s worth remembering that most natural foods also provide many positives to our body.

Beets are an excellent food, but the most important thing is to make sure you are eating a diet full of healthy whole foods.

If you do that, you’re more than halfway there to living a healthy life.

I'm a nutrition educator and work with a range of organizations to design and implement nutrition education programs. Nutrition and helping people lead a healthier life is a huge passion of mine.