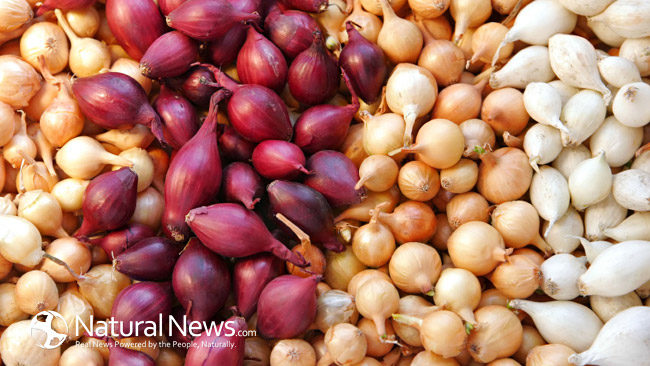 When widespread use of antibiotic medicines started in the early to mid-20th century, they were hailed as miracle drugs and did help people survive many infections like pneumonia that would otherwise have been fatal. However, overuse of these drugs, both in mainstream medicine and in the meat and dairy industry, has led to the rise of resistant bacteria and to long-term health consequences due to the killing off of the intestinal bacteria that is so important for digestion and general health.

That is why so many people are now seeking more natural forms of antibiotic treatment, such as the foods below which have natural, proven antibiotic properties.

Astragalus has been used in Traditional Chinese Medicine for thousands of years and is an adaptogen, which means that it helps the body cope with stress and strengthens the immune system against illness and disease. Research has shown that it is particularly effective for liver support and for reducing the risk of infections. (1)

Onions are valued all over the world for their great taste, but also for their medicinal value. They are natural antibiotics and antiseptics and when consumed on a regular basis, can help protect the body against attack from both bacteria and viruses. This is thought to be due to its main active ingredient, a compound called allicin. (2)

Cabbage, a member of the cruciferous family which contains other superfoods like broccoli and kale, has long been prized for its antimicrobial properties. This is due largely to its high sulfur content, which has been shown to help kill off harmful bacteria naturally without damaging the healthy flora which make up such a large part of the human immune system. (3)

Honey has been used for medical purposes at least as far back as the ancient Egyptians, but modern science is only just now discovering why: honey contains a protein called defensin-1 which kills harmful bacteria and strengthens the immune system in general so it is able to better fight off infection and disease.(4)

Cinnamon contains active compounds which can kill off a number of harmful bacteria, even e. coli, and for this reason is called the “lethal” natural antibiotic. However, its antioxidants also are able to strengthen the body’s natural immunity to make bacterial infections less likely in the first place. (5)

The foods above have all been proven to have potent antibiotic properties. Therefore, including these foods in the diet on a regular basis is a healthy, natural way to ensure that the body is able to fight off infections naturally. This is not only less expensive than conventional medications, but it can be more effective at treating resistant strains of bacteria and also avoids unwanted side effects of mainstream drugs.