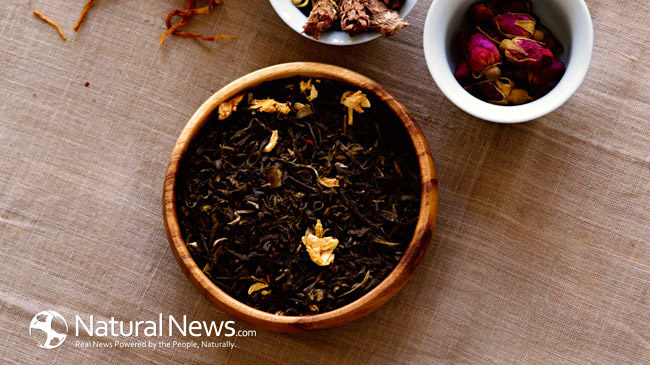 Have you ever experienced a sudden adrenaline rush, one causing sweaty palms and heart racing as if it skipped a beat? We all have experienced it at one point or another in our lives. This feel of “fight or flight” generally termed as anxiety, occurs mainly due to a stressful situation. Stress is the precursor to all of these emotions.

These changes, both physical and psychological, include continuous fatigue, muscle tension, sleep disturbances or no sleep at all and in addition the inability to focus with an explicit mind. Humans have from the very start, tried to deal with these negative feelings. The only difference over the generations has been the way they perceived and dealt with it. Centuries ago, our ancestors faced similar situations.

However, they knew how to battle it, using natural ways and resources, including food, sleep, exercise and of course, the magic of herbs. Our species is dependent on plants for treatment of all mind and bodily ailments. Thanks to them, the otherwise modern era of medicine and pharmaceutics would have never developed in the way it has.

Herbal treatments for insomnia (lack of sleep), stress and other related mental concerns have proved to be effective in contrast to pharmaceutical drugs as they do not cause harmful addiction or other adverse effects. Let’s take a look at some of these wondrous plants and their benefits:

Also known by other names like water hyssop and herb of grace, Brahmi herb has been used for generations across the globe to treat stress related anxiety and other mental disorders. Scientific name for Brahmi is Bacopa Monnieri.

Generation after generation have used this perennial herb to enhance focus, intellect and memory. Enriched with high levels of natural alkaloids, triterpene saponins and many organic compounds, it is also suitable for use as a cognitive booster.

The active ingredient contained in the herb balance serotonin or stress hormone levels in the body, thus giving you a tranquil feel, inducing sleep and relieving stress and anxiety. Brahmi is a wet-land herb, native to India. It can be consumed as leaves in salads, chewed as it is or in grounded form.

A natural sedative used for thousands of years to treat insomnia and anxiety. It has blessed many with a peaceful sound sleep. However to get maximum benefits out of this root for long term insomnia therapy, it is recommended it is consumed in combination with another hypnotic herb called Kava Kava(Piper methysticum).

However avoid using it until prescribed by a trained herbalist, as the herb can have detrimental effects over kidneys and liver. Having remarkable anti-anxiety effects as well, the root cannot be consumed as it is, but its extract can be added to flavored drinks or taken as supplements (usually in 400 and 900mg).

Compared with benzodiazepines (class of psychoactive drug) in effectiveness, this herb has confirmed its value in multiple mental ailments. Commonly known as Maiden hair, the herb does wonders for elderly patients. However its benefits for younger people cannot be denied.

The amazing herb is famous in remedies for anxiety, despaired cognitive functions, insomnia, stress, memory loss or Alzheimer’s disease and last but not the least depression. Ginkgo biloba can be taken in various forms, including as powder, as tea, tablets, capsules and extracts. Along with this, a proper sleep can also help you achieve an anxiety free mind, which is a paramount for healthier life.

The refreshing citrus aroma from your tea might just be the right tool for you to relieve stress. Another herb that can be top listed for relaxing teas. However lemon balm supplements are also available in the market. Lemon Balm elevates your mood and mental sereneness thus helping you fall sound asleep within a short time.

Generic name for the herb is Melissa officianalis and is commonly called “bee balm” in Europe as in ancient times people believed that it attracts bees. Available in fermented drinks like honey vine and supplements, the herb belongs to mint family. In medical terms it may be called as a “nootropic” which means that it improves cognitive abilities.

Passion flower or Passiflora incarnate, first discovered in the 17th century by Spanish Jesuits in Peru. The herb originally belongs to Southern United states. For centuries the flower has been used in sleep inducing remedies. This safe and calming natural sedative boosts the levels of neurotransmitter GABA in the brain, thus providing a tranquil feel.

The herb may also be introduced in Germany soon, being prescribed as a herbal tranquilizer.  Its effects are relatively mild in nature, therefore making it appropriate for use in combination therapy with other stress reducing supplements, but only on the advice of your practitioner.

L-theanine is present in the ever famous, mild-tasting and heavily consumed beverage around the world; Green Tea. Known for its countless benefits besides preventing a number of degenerative diseases, it has approved itself as a stress-reliever as well.

It enhances the blood supply to the brain, optimizing its functioning and also makes you feel refreshed. Now you can say good bye to that pesky stress induced headaches, with a sip of this anti-oxidative drink. In addition, L-theanine is also an amino acid, which lightens your mood thus aiding in a better sleep.