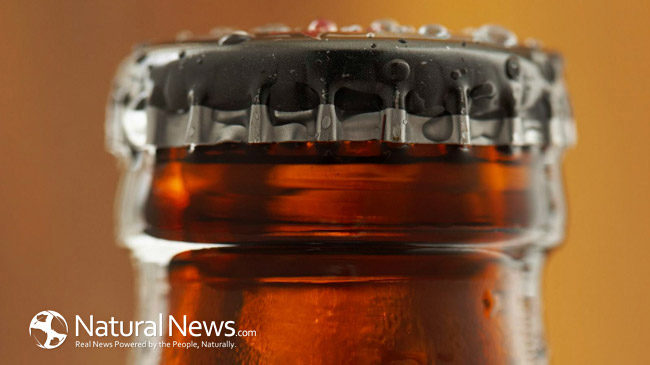 If trying to lose or even maintain weight, it is important to understand that even when following a healthy diet and exercising regularly, that regular consumption of some alcoholic drinks can really pack on the pounds. This is largely because alcohol is very high in calories, and some of the biggest offenders for causing weight gain are listed below.

Beer
They don’t call it a “beer belly” for nothing. This malty beverage is top of the list when it comes to fattening alcoholic drinks, which is no surprise considering it can have 150 to 200 calories and around 7g of carbohydrates per serving. Many people think that they can get away with the “light” beers, but even these can have around 100 calories per drink, which is still a lot of calories so waste if trying to lose weight.

Wine
Much has been written about the health benefits of red wine especially, but people still need to be careful of overconsumption of this beverage. Most wine comes in around 80 calories a glass, and while that is not nearly as much as beer, it can certainly add up in a hurry – and sparkling wine is even worse, with around 90 calories a glass.

Vodka
Vodka is extremely calorie-dense, and a single shot packs a whopping 60 calories. Vodka is of course highly popular for mixed drinks and this makes the problem even worse since mixers tend to be loaded with calories and carbohydrates from the sugar and other additives.

Whiskey
Calorie-wise, a shot of whiskey is roughly on a par with a shot of vodka (60 calories), the difference being that whiskey is usually drunk more slowly so that the body is not hit with the whole drink all at once. However, mixed drinks with whiskey are becoming more popular and the mixers, as is the case with vodka, are high-sugar and high-calorie.

Liqueurs
Liqueurs tend to be calorie-laden as well, with a 25ml serving clocking in around 60-70 calories. However, they are not usually added to mixers like vodka or whiskey, so this does tend to keep the calorie count down somewhat. Still, it is not a good choice for dieters.

Cider
The fact that cider is on this list will not come as much of a shock; being apple-based, most people expect that it is going to be calorie- and carb-heavy. And that is, in fact, the case, with the average bottle of cider being anywhere from 180 to 250 calories. If that is multiplied by several bottles over the course of an evening, it is easy to how this could really blow the diet.

Gin and Tonic
The gin and tonic is a classic drink and it is easy to see why it is so popular. However, even it is fairly calorie-dense: unless a low-calorie tonic in included, then for the average 35ml of gin, the calorie count with be around 120 for a single drink. And let’s face it, generally most people don’t stop at just one, thus taking in a lot of extra calories.

So if trying to lose or maintain weight, consider sharply reducing alcoholic intake, especially with the drinks listed above. Their excessive calories make it easy to put on extra pounds. Opt instead for sparkling water, unsweetened tea or unsweetened coffee so that calories can be used on food instead.