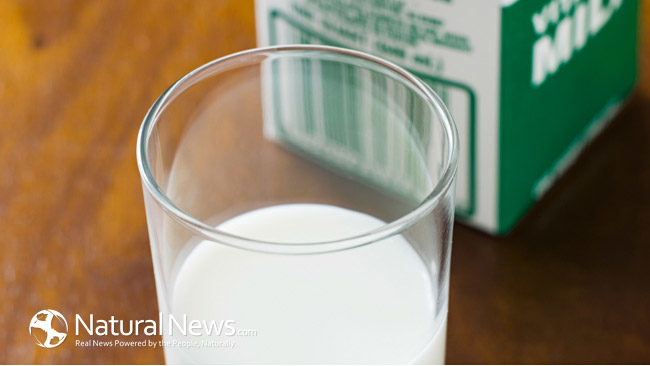 Savvy consumers have been taught to always “read the label” before purchasing a product – but what if that label is lying? The crime of food fraud – that is, deliberately selling mislabeled food products with the intent to deceiver the purchaser – has risen by around 60% in recent years, leading to the formation of the Food Fraud Database, which gives consumers the ability to read up on and become more aware of the is problem. Below are 6 of the most commonly adulterated foods now on the market.

Because the United States Department of Agriculture’s Standards for Grades of Extracted Honey allows pollen to be removed from the honey along with particles of bees and other organic matter, around 75% of the honey which makes it to the shelves for American consumers is pollen free. This faux honey is not as nutrient-rich as honey that contains pollen, and this products makes up about 7% of the annual cases of food fraud.

According to Food Fraud Database records, oil is one of the food products that is most susceptible to fraud. This is partly because it is easy for producers to dilute this product with other, cheaper ingredients like sunflower or vegetable oil then sell it as pure. It has also frequently been found to not actually be from the country of origin listed on its label.

In these modern times, milk does not always come from an animal. Faux milk, labeled and sold as a dairy product, can be an unappetizing and unhealthy mixture of any number of ingredients, including skim milk products, salt, sugar, urea, detergent, caustic soda and oil. Many people were shocked at the milk scandal in China, where 50-60 children from lower-income families died after ingesting a fake milk formula with little or no nutritional value, but this is becoming more and more of a problem worldwide.

Juice producers seem unable to resist tampering with this popular breakfast drink. Common additives, meant to bulk the juice up, include lemon and grapefruit juice and beet sugar; the Food Fraud Database also lists it as one of the most likely food products to be contaminated with potassium sulfate, ascorbic acid and corn sugar.

That morning cup of java might not be all it’s claiming to be. While instant coffee is more prone to adulteration with added fillers like ground figs or cereals or starch, just to name a few, even regular coffee can be mislabeled and their country of origin can sometimes be in question. The best way to avoid this is to buy whole bean coffee and grind it at home.

Consumption of fish – especially as a healthier alternative to red meats – has grown increasingly popular in the United States, but consumers don’t always get what they pay for and according to the Oceana study, fish is actually one of the most tampered-with foods on the market; it found, for instance, that nearly 60% of the fish labeled “tuna” contains no tuna at all.

The Database gives consumers useful information they need to make wiser food choices and to be aware of what products out there might be more vulnerable to food fraud. It also helps to raise awareness of the problem to begin with, as it does not get nearly the attention it deserves in the mainstream media.